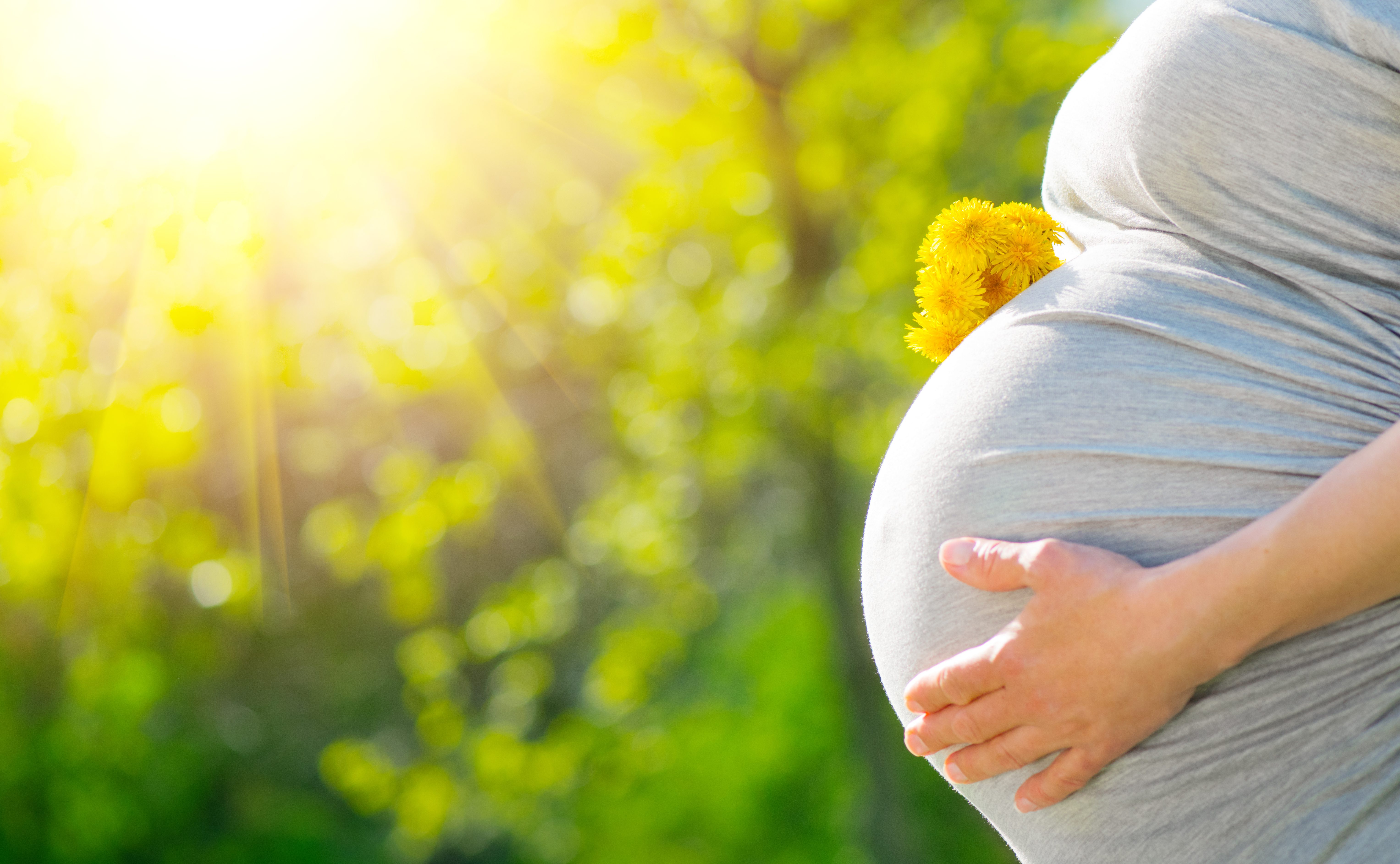 When the Veil Becomes Thin: Experiences with Those Not Yet Born

There is a veil that divides those of us in this sphere from those of a much higher order.  Sometimes, the veil is thinned, and we are privileged to hear, see or feel the spirits of those who have not yet been born. They often have messages for us.

The Unborn Reveal Themselves

A Glimpse of Pre-existence

Many years ago, I was expecting our third son.  During that pregnancy, I had prayed fervently that I could have a spiritual experience at the birth.  I longed for the veil to part and show me something remarkable, but the birth came and went, and I felt nothing.  I was bitterly disappointed.

Hours after the birth however, as I held this beautiful baby boy in my arms, I had a never to be forgotten experience where I caught a sudden and breathtaking spiritual glimpse of the pre-existence.  I was there with this son, (who was an adult spirit), and we felt such love for each other.  My spiritual memory was opened up to remember that he had chosen me to be his mother, and that I had most willingly and joyfully agreed.  He also made it clearly known to me that he wanted his name in this life to be Gary.  This window of enlightenment was short-lived, but it revealed enough to me that I KNEW who he was, and knew that I CHOSE HIM and HE CHOSE ME! He was meant to come to our family! As I have spoken with people about this topic, I have discovered that my experience was not unique.  Many have had similar understandings with yet to be born spirits.

Pre-born Children Allowed to be Present at Parents Wedding.

As Matt Hill went to the temple with his soon to be wife, a strange thing happened.  He clearly felt the presence of his future children, and the strong eternal bond that they shared with him.

Later as he was kneeling across the altar from his sweetheart, the sealer suddenly startled everyone by announcing:

“Angels are here.  I can feel your unborn children here witnessing your sealing.”

When the sealer made that pronouncement, Matt recalls that he got “chills” knowing that his earlier feelings were confirmed.  He could sense the supreme importance of that moment for himself and his yet to be born children, knowing that it meant they were witnessing the fact that they would be born into the covenant.

What a profound yet unexpected experience to have on his wedding day!

Several years later, as Matt was driving home with his 3-year-old son, Korver, he happened to pass that temple.  He pointed to it and said, “Your mom and I were married there.”  Korver replied, “I know Dad.  I was there.”

Matt was dumfounded and quizzed him about it.  With 3-year-old words, Korver described a room with golden trim on walls and ceilings.  His description exactly matched the room where the sealing took place. He even told Matt the correct color of the carpet.  Matt questioned him further, “What were YOU doing there?”  He replied, “We were standing there like this.” (He stood at attention like a soldier). Korver made it clear to Matt that he was there as an observer and a special witness of that momentous occasion.

“What the restored gospel brings to the discussion on marriage and family is so large and so relevant that it cannot be overstated: we make the subject eternal! We take the commitment and the sanctity of marriage to a greater level because of our belief and understanding that families go    back to before this earth was and that they can go forward into eternity.  (L. Tom Perry, April General Conference 2015)

Your Childbearing Days are Not Over

Kara Pratt shared the following experience with me:

“After struggling to conceive our first two children, and suffering an early   miscarriage in between, I was unsure if we were meant to have any more children. Even after I was able to get pregnant, my pregnancies were extremely difficult, as I was very sick for months on end.  Due to these challenges, throughout my whole pregnancy with our second child, I tried to make peace with the fact that it might be our last.”

“’Emmett’ had been among our long list of boys names that we had been saving up, but after finding out the second baby I was carrying was a girl, we didn’t give that list much thought.”

“Our baby girl finally arrived in a beautifully peaceful home birth. That day, as we got settled in and I rested for a while my heart was full, but I felt a small sadness as I thought that this might be the last time I’d get to experience the birth of a new child. As I pondered “Is this our last baby? Was this the last time?” I got a clear impression in my mind that said, “No, we need Emmett. We’re still missing Emmett.”

Less than two years later, after a surprise/unplanned/miracle pregnancy, their little boy Emmett arrived, against all odds.

There are many people who have these experiences who aren’t even aware of a pre-existence.

Some time ago, as I was on a walk with my non-member neighbor, she confided in me an experience she had with preborn spirits just a few years earlier.  She had given birth to three children, but had begun to feel a yearning for another.  Her husband, however didn’t want her to have any more.  She begged, and then to appease him she said,  “Ok, Let me have ONE more, and then that’s all!”  He reluctantly agreed.  At that exact moment, she said she distinctly felt two male spirits who in essence said:

“Oh, she’s only having one more pregnancy, then we’ll need to go down together.”

That was a very strange experience for one who’s religion didn’t even believe in a pre-earth life, but she became a believer when 9 months later she had TWIN BOYS.  They had to come together to insure that they both would come to that family.

The Pre-existence is a foundational part of the Plan of Salvation, and though many in the world are not even aware of it, some have experiences that they can’t explain in their own Faiths. It makes sense that those yet to be born are at times allowed to help us get on track.  Elder Richard G. Scott taught:

“Oh, how I would encourage you to weave deeply into the fabric of your     soul the recognition that your life now is a part of a much bigger plan the Lord has for you. You lived part of it in the pre-mortal existence. You were valiant there and came here because you wanted to grow and enjoy    greater happiness. What you decide to do now will affect how well you         fulfill that divine, personal plan He has for you.”(Richard G. Scott, “He   Lives,” December, 2000).

Pre-born Son Orchestrated His Parents Meeting Each Other

Sometimes spirits are allowed to do more then just witness or communicate preferences.  The following is an account that Sarah Hinze wrote about a pre- born spirit being proactive in his future family’s lives by playing cupid to his parents, Debbie and Mark.

“One evening, when our youngest son Andrew was in kindergarten, we were reminiscing about our dating days before we married.  Our four children were sitting cross-legged on the living room floor, enjoying our stories…when Andrew asked, “Mommy, do you remember when I got Daddy to dance with you?”

“What?”  With four children in ten years, I couldn’t even guess when was the last time Mark and I had gone dancing.  Maybe not since before my first pregnancy. So I could not fathom when Andrew had ever seen his father and I dance.

“Andrew, what do you mean you got Daddy to dance with me?  I didn’t know you’d ever seen us dance.”

“You remember, Mommy.  The night you didn’t want to go but your friend talked you into it.  It was before you married Daddy, before I ever went in your tummy…”

“Sweetie, how did you know I didn’t want to go to the dance that night?”

“Mommy, it was my time to come down and you and Daddy weren’t getting together.  I had to do something.”

“Mommy, you know.  You tried to leave and Julie wouldn’t let you.  But     really it was me who wouldn’t let you.  I had to show you Daddy. Remember when you went back and looked across the floor and saw the light on Daddy.  I lit him up so you’d look at him.  And then I put a light on you so he’d see you and ask you to dance.  That’s when you started to like each other, Mommy, and I made it happen.”

This really stunned Debbie.  It was exactly as it had happened.  Both she and Mark privately commented how curious it was that they each were drawn to each other by light that illuminated each of them like a spotlight at the dance that drew their attention to each other.

Andrew’s account includes details that he never could otherwise have known, because they had never spoken about that dance.  (Sarah & Brent Hinze, The Castaways: Safely in His Arms p. 33-36)

Absolutely beautiful! The veil is so thin. What a blessing that Heavenly Father allows us to have these sacred experiences.

The clarion call from President Kimball, who said "Don't put off having your children" even if in school - with a spouse in graduate school, clinical psychology - how could I even think of bearing children, clinical directors counseled against getting married, much less children. I took it to the Lord, simply, in prayer. As I was driving home one night, all five of my children showed up in the car - each one with the looks (I saw in my mind so clearly) and personality - expressing to me that indeed, they are my children! How grateful I am for that experience that continues to strengthen me. I have gone on to have similar experiences with some of my grandchildren - how remarkable it is that we can have experiences and joy with those who we have contracts with and are strengthened by covenant relationships! Thank you for the article!