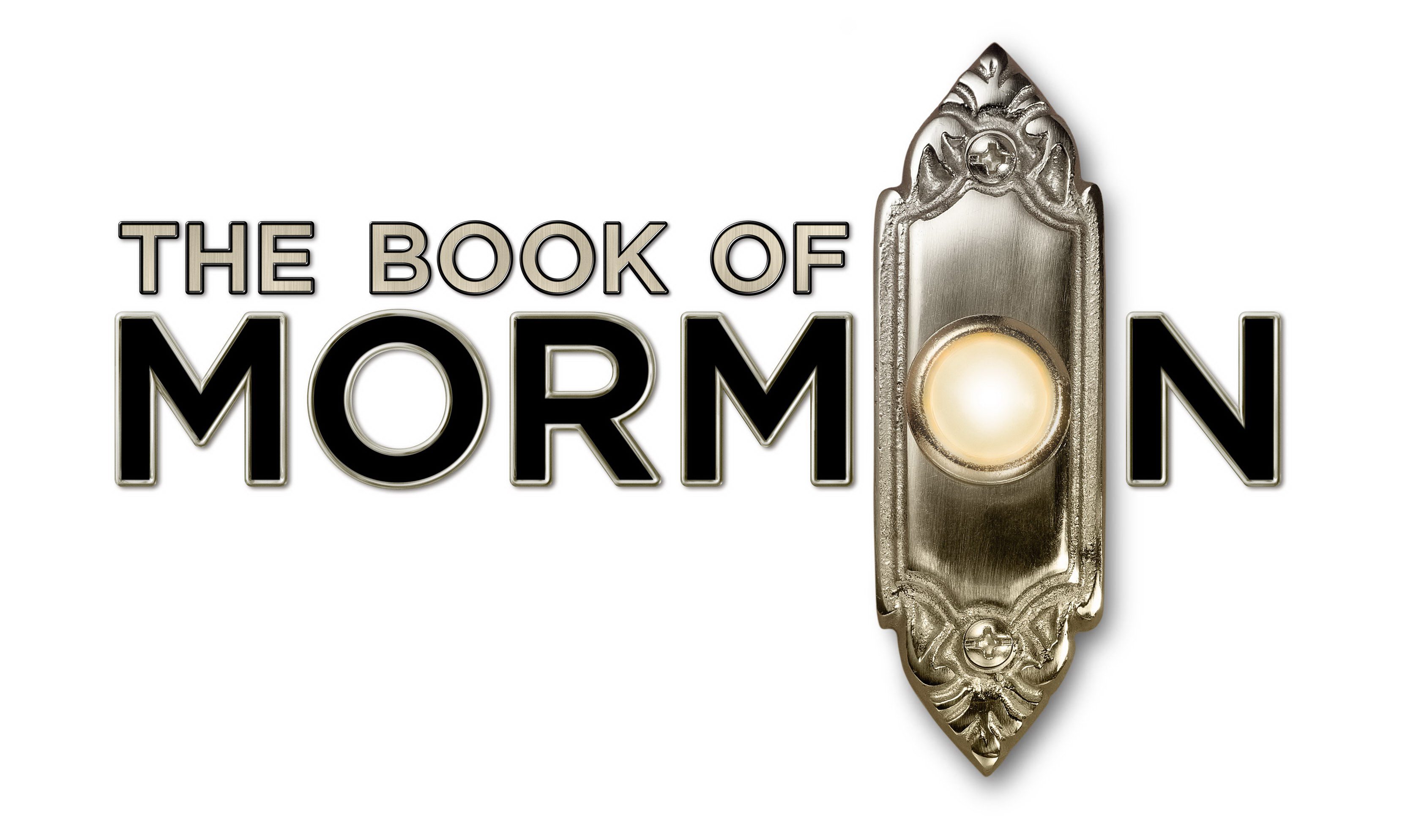 When the Broadway Musical Book of Mormon comes to town‏

The Broadway Musical, “The Book of Mormon” has been in Milwaukee this week. The touring production of “Book of Mormon,” created by the folks who brought us “South Park” and “Avenue Q,” winds up a two-week engagement at the Marcus Center this weekend.  Recently, our mission president assigned several companionships, including my companion and me, to go visit people waiting in line for the show each afternoon and distribute copies of the real Book of Mormon. Our group of missionaries have distributed so many books — 1,300 in the first week alone, — that we were offering people mostly app cards by Wednesday so attendees could just download the book onto their electronic devices.

There were SOOO many people standing in line to chat with.  My companion, Elder Eyring, and I were asked to stand right outside the front doors of the theater while other missionaries were scattered up and down the streets. Every night for the past week we arrived at the Marcus Theater downtown an hour and a half before the play started to speak to as many people as possible.  We received so many questions, posed for so many pictures, and distributed so many copies of the Book of Mormon!  It has been both thrilling and exhausting. This was way more productive than knocking on doors! We typically explain to patrons that if you’re going to see the musical, you should also read the book!

The most common question we were asked was whether we were a part of the popular Broadway show.  Were we actual cast members?  Once they knew we were not actors, but real missionaries from the Church, it opened up a whole world of opinions and questions. Then we could start to teach some gospel truths and answer gospel questions.  Many of the patrons were actually offended by the levels of obscenity, blasphemy and outrageousness in the show.  However, we as missionaries just focused on our message.  We couldn’t be offended by the lyrics or jokes since none of us had seen the musical. One of the missionaries, Elder Zac Hadlock of New Mexico, explained to a local reporter that, “whether the play is accurate or inaccurate, people have questions. And this is a great chance for us to tell them about the church and about us.”

For the most part there was a very positive reaction to us missionaries working the line. The local newspaper even interviewed a few of us and published a nice article about our working outside the theatre. One of the best parts of this unique assignment has been getting to know the cast members and other workers traveling with this popular Broadway production. We meet with most of the cast several times each day running back and forth to nearby restaurants.  It has been fun to get to know most of the cast personally.

I’ve even met both the main missionaries who star in the play, including the young man who plays Joseph Smith, among many others. They are actually all very nice to us. They are just actors doing their jobs but they really do respect our church.   A couple of the cast members have already been converted to the Church since the play began touring. One young man I’ve grown particularly close to is a violin player in the orchestra. We speak about the gospel nearly every day. He has been keeping a copy of the real Book of Mormon on his music stand and reading it during every intermission. He often comes outside and asks me gospel questions on the sidewalk.

There is much good coming from this play that some consider disrespectful and irreverent. By the end of the first week, our companionship handed out just over 450 copies of the Book of Mormon.  What a wonderful experience to have just before finishing up my last few days in the mission field!

When I had first heard of this production, I remember remarking to a brother that even though it is supposed to be a negative commentary regarding the Book of Mormon, this opposition will still serve to inform people as to the existence of the work in such a way that perhaps some of them who otherwise may have never heard of it may make further inquiries. I hope these converts will send a genuine letter of thanks to Matt Parker and Trey Stone for putting them onto the Book of Mormon. Therefore, if you look for it, you can see that even opposition of the right will also serve it. Amen.

This production is coming to Las Vegas in September. I hope Pres. Ahlander is considering using this approach with theater patrons at the Smith Center.