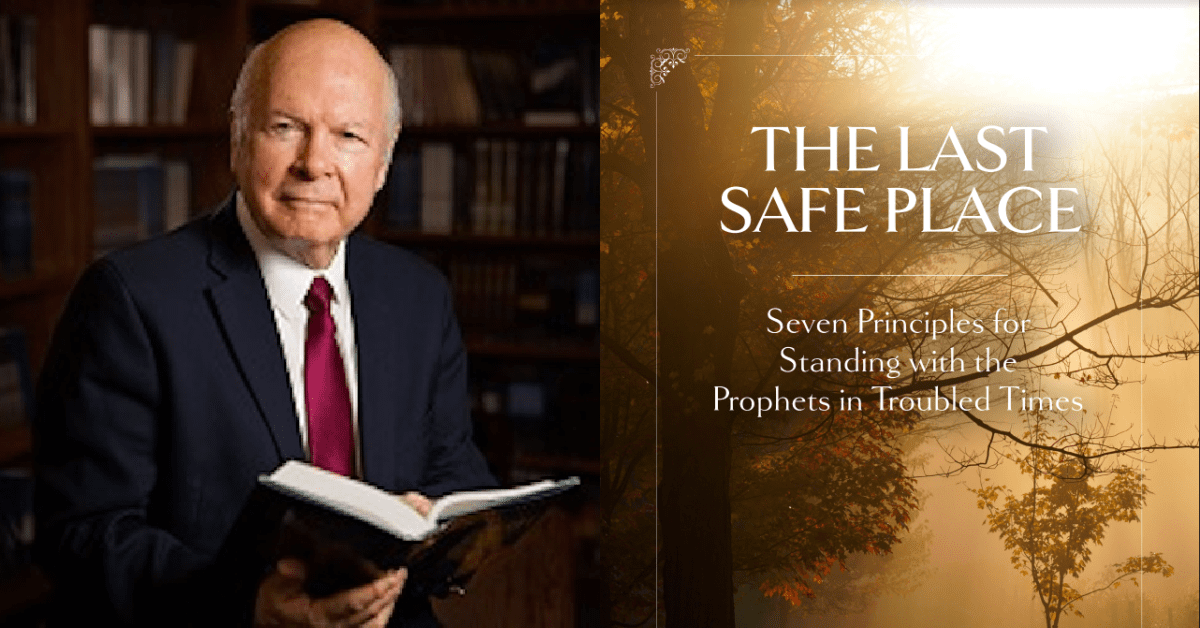 Duane Boyce and Kimberly White are father and daughter, and they have teamed up to produce the new book, The Last Safe Place: Seven Principles for Standing with the Prophets in Troubled Times. This is Part One of an interview with them, conducted by Robert L. Millet, best-selling author and Professor Emeritus of Religious Education at Brigham Young University. Robert: Your book is titled “The Last Safe Place.” Since you decided to frame your book in terms of safety, what do you think is the biggest threat to members’ safety today? What is the biggest danger?

Kimberly: In an article we published recently, we told the story of a Latter-day Saint military commander whose unit found itself isolated behind enemy lines. Enemies were situated to the north of their position and they were in serious jeopardy. So this leader gathered advice from his lieutenants, and they all advised him to go—not north. This leader then went to the Lord in prayer and received the inspiration that he actually should head north to escape the enemy.

This was completely counterintuitive. It flew directly in the face of everything he knew! But it turned out—and he could never have known this—that a journalist had heard about this trapped unit and had written an article about it. Even worse, the enemy had read the article, so they had moved away from their known location and had moved in south of the trapped unit. Going north was actually the only safe thing to do. The military leader didn’t know this and had no way to learn about it, but the point is, the Lord knew it. The Lord gave him the inspiration to head north, and, much to the consternation of his lieutenants, that is what he did. And the unit was able to circle around the enemy’s new position and get back to safety.

Duane: This is really fascinating. Nothing could have been more surprising to this military leader than the direction he received. It defied all logic. And yet it was precisely the direction that ended up saving his life and the lives of his men. And it all occurred for a very simple reason: This leader trusted the Lord––and his men trusted him. And all of them exercised this trust against all mortal reason.

Kimberly: This is a perfect analogy for one role of prophets. The Lord has specifically called them so that He can work through them to bless the world. And He does this based on His infinite and perfect knowledge of what actually will bless the world. Sometimes this means to “go north,” even when doing so seems to defy all logic—and even to be ridiculous—to us mortals.

Duane: Which is one critical reason we need prophets. Left to our own perspective, we would never go north—even when going north is the only thing that will save us. Fortunately, at times like that the Lord and His prophets can see what we can’t.

Robert: That leads me to ask about the purpose of your book. What do you hope to accomplish?

Kimberly: All of us know people who don’t yet have testimonies of living prophets. They are people we love, but we might not know how best to answer questions they raise. It is genuinely disorienting to be told to head north when you know north is where the enemy is! Their concerns are understandable, and we can appreciate their lack of trust. The point of this book is to help people develop trust in living prophets and be willing to head north when doing so doesn’t make any sense.

Duane: Often people’s problems with prophets are based on fundamental misconceptions, and we might not know exactly how to clear up those misconceptions. This book identifies important misunderstandings of this sort and then resolves them. Indeed, every chapter is really built around a basic mistake that is common in thinking about prophets. Identifying these, and being able to think clearly about them, can be a huge help in lovingly dealing with the questions that our friends or family members might have.

Duane: I think different people have different misunderstandings, so it is hard to say which one is most common. One example, though, is something we already mentioned and that appears in Chapter One: We mortals actually think we’re smart. That’s a huge misconception because, compared to our Father, we are actually. . . well, completely dumb!

Kimberly: Economists like to point out that there is not a single human being on the planet who knows enough to make even a simple pencil from scratch. A pencil is a very common household object, but putting one together requires more expertise than any one person can have. You have to mine the lead for graphite, cut down wood for the body, shape it, fill it with the graphite (which has to have a precise hardness), create a rubber product for an eraser, shape and clamp a little metal disk—you get the idea. A pencil is quite a technical accomplishment that requires multiple complete industries. No one person can do it on their own—not even a simple pencil. Our Father, on the other hand, creates galaxies.

Duane: Acknowledging this difference between God’s knowledge and ours is important, because it helps put the many voices in the world into perspective. Think of all the famous intellectuals, bloggers, columnists, talk-show hosts, entertainers—and so on—who fill the airwaves and dominate social media. Many of these people naturally reject spiritual things, and this includes what they know about the teachings and actions of modern prophets. What we can now keep in mind, however, is this: just like us, those who reject these things don’t even know how to make a pencil—it is hardly surprising, then, that they can’t compute the doings of a Being who creates galaxies.

Kimberly: The point of prophets isn’t that they’re so wise by themselves. They are, but even the wisest don’t know even the tiniest fraction of what the Lord knows. The point of trusting in them is that the Being who is guiding them isn’t a wise person but a Celestial, omniscient, creator of galaxies. The literal ruler of the universe is the One who guides and directs prophets, and those of us who can’t even make a pencil really shouldn’t be second-guessing Him.

Duane: This doesn’t mean that we follow blindly, of course. Chapter 7 of The Last Safe Place is devoted to showing that we can be spiritually mature, independent disciples of Christ. We can know that a given decision by the Brethren has the Lord’s approval the same way they know it has His approval. We never have to be in the position of second-guessing. This is a large topic and it is inspiring to see what prophetic leaders have said about it.

Robert: There are those who are willing to grant that God knows everything; they just doubt that Church leaders actually receive much revelation from Him. What do you say about that?

Duane: The Brethren do not receive revelation on everything, of course. Not everything is important enough for the Lord to direct. On many matters, there is more than one acceptable solution and the Lord can approve any number of paths His leaders might choose. But on things that are a priority for the Lord at a given time, He is active in guiding and directing them. The result is plenty of revelation.

In Chapters 2 and 3, and even in an appendix, we include many statements from prophets and apostles about the reality and frequency of the revelation they receive. We also share specific examples of such direction. These are not well-known, but they are extremely important. We believe that as readers encounter these statements and episodes they can receive powerful impressions of the Spirit that they are true.

Kimberly: It is also useful to keep in mind that all of us have experience with revelation. We enjoy nearness to the Lord and we receive promptings from Him. In Chapter 3, we share the story of a sister who was prompted out of the blue to do something as simple as bake cinnamon rolls. She didn’t know the reason she was being prompted to do this, she didn’t want to do it, and she resisted doing it. She didn’t even know who they were for! But the prompting continued. Well, she finally obeyed and the result was miraculous in every way—including the way she got them to where the Lord wanted them to go. Completely amazing. In fact, the outcome was so touching, and so miraculous, that it was difficult to read the audiobook of this story without choking up. That was a particularly great story, but the point is, we as members of the Restored Church have revelation and promptings that lead to miracles all the time. It stretches credulity to think that the Brethren don’t.

Duane: Although we share many examples of leaders’ revelatory experiences—most of them completely unknown to members at large—I feel like quickly mentioning one of them. It is the story of a dejected and dispirited man who offered a simple, specific prayer one morning in complete desperation. Later that morning, as he worked in the Church Office Building, the prophet happened to walk by him, and then, turning around, walked back toward the man and, in the spirit of encouraging and lifting him, addressed him using the specific language this man had used in his prayer that morning. Moments later, a member of the Twelve came by, and the exact same thing happened. He walked past, then turned around and came back, pointing at the man and addressing him, also using the specific language he had used in his prayer that morning. I won’t say here who was involved, because the story is sacred and really needs to be told at greater length to be fully appreciated. Since we are able to do that in the book, we include the participants’ names there. In any event, it is a humbling demonstration of how intimately the Lord is involved in our lives and of how miraculously, even toward a single member, He can work through His servants to pour out blessings on His children.

Robert: Your book is actually full of stories. What is the most interesting story you know about the Brethren?

Kimberly: I mean, we’d be here all day. But I can say that almost all of the stories we share will be new to most readers. Here’s a brief example: One of the Brethren once asked his stake president for a blessing. Why? Because he had had a negative thought about someone and he didn’t feel he could fulfill his apostolic calling if he had even one negative thought about anyone. That is such a brief story, but it gives us great insight into the type of person the Lord calls to leadership.

Duane: Readers will be interested to know who that was. They will also be interested to know which modern prophet was permitted to visit a distant celestial society, visit with Joseph Smith and others, and mingle in the company of the Lord. We don’t want to mention these leaders’ names here, because these events are sacred and we don’t want to treat them lightly. Only in the right context. But they’re real, and there are others.

Here’s a sample page from The Last Safe Place: 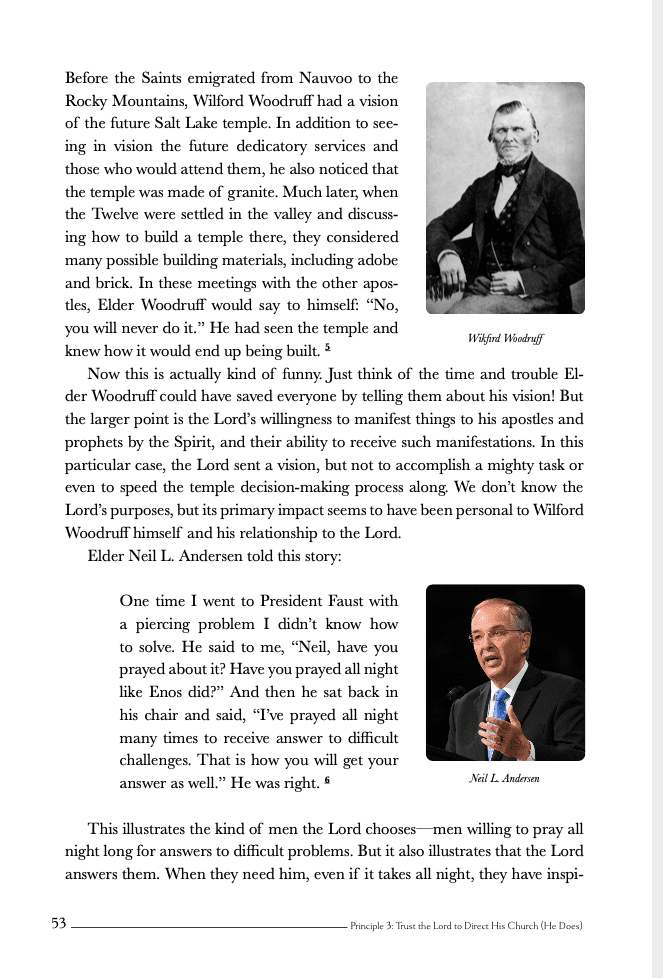 Cover photo from the Introduction: 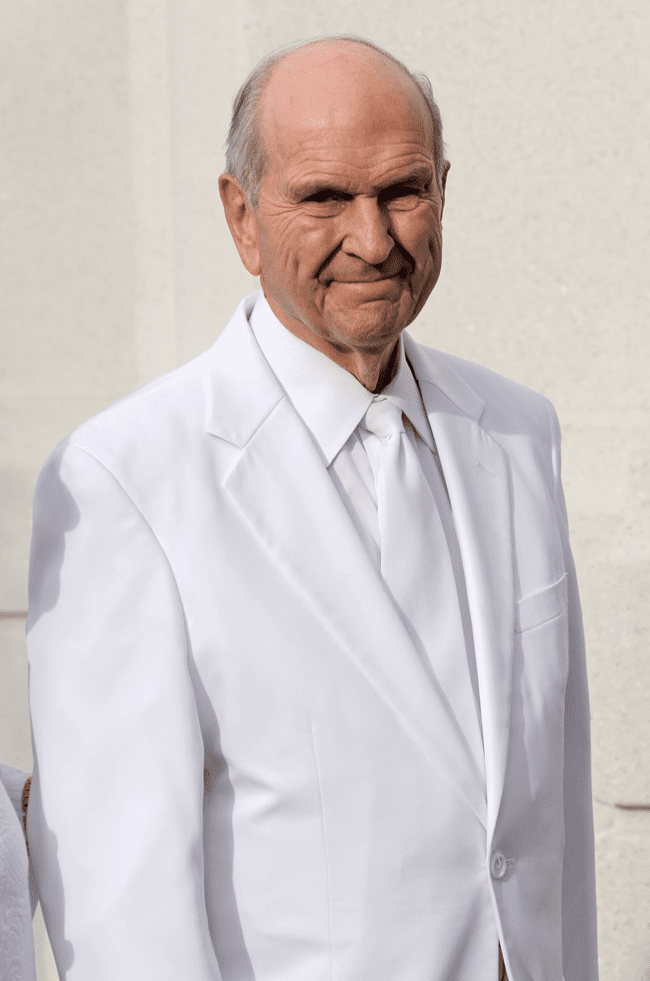