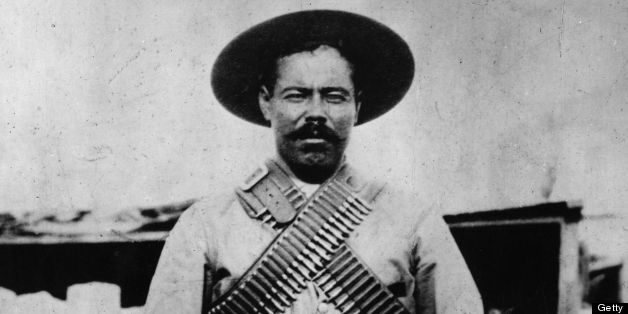 Author’s Note: I’ve had many people ask about my source. My primary source was Bert Whetten himself. His daughter, Vera Pratt is my mother-in-law and grandson Elbert Pratt is my husband. They heard the story many times from Bert. It’s been a very important story in the family.

Pancho Villa needed help! In his lifetime, he had been a revolutionary leader, brilliant strategist and even the President of Mexico, but in the realm of spirits he was lost, and knew he needed assistance.  He came from beyond the grave to seek out and ask the one man who he felt could help him in his eternal quest.  Here’s how it happened:

Pancho Villa was the Robin Hood of his day

Pancho felt that the wealthy ruling class of Mexico were grinding on the face of the poor.  He rebelled against the government and assembled and led the largest army ever in Latin America. The people loved him, but to the authorities and government of the time, he was considered an outlaw, a rebel, and a very bad man.

Captured and Imprisoned as Spies

During the Mexican Revolution, James Elbert Whetten (Bert), was the Mission President in Chihuahua.  Several years into the conflict, President Whetten and a Stake President (President Bentley), were captured and imprisoned by Villa’s men and accused of being spies for the American army. President Whetten demanded to speak to the leaders who had apprehended them. After three days of his insisting, he was finally given an audience with Villa and top military advisors.

After a few hours, President Whetten discovered that he was being put on trial. It was his burden to prove to them that he was a Mormon missionary and not a spy.  What was planned by the military brass to be a very short trial, ending in execution, became a 3- hour discussion about what the Church was doing in Mexico; the Book of Mormon; and the principles of the Gospel as applied by members of the Church in Mexico.

“Is There Any Hope for Me?”

During this discussion Pancho and his top leaders were very impressed. In fact, one of his Generals, Felipe Angeles who was there stated,

“These men are doing with words and with books, what we’re trying to do with guns!”

Pancho agreed with him, and then addressing President Whetten, soulfully asked,

“I’ve done a lot of things in my life that I’m not proud of.  Do you think there is any hope for someone like me?”

President Whetten assured him that there WAS hope for him.  Both Villa and Angeles said they wanted to learn more, and after the war they would find out more about the Gospel.  They gave President Whetten a letter of safe passage through any areas controlled by their soldiers, noting that the letter could also be his death warrant if the federal troops found it on his possession.

Villa and his armies eventually took over and a new government was formed.  He became President of Mexico.  After ONE DAY, however, he realized that that job wasn’t for him.  He didn’t feel that he had the right education or temperament, and VOLUNTARILY gave over his Presidency to another, and was promptly double crossed and put in jail by the new president.  He was killed a few years later by enemies.

FIVE DECADES LATER, in the middle of the night Bert Whetten woke from a sound sleep and was astonished to see Pancho Villa standing above the ground at the foot of his bed.

“There is a beautiful city where everything is perfect.  I’ve tried and tried to get in, but they say I can’t get in without your help.”

Elder Whetten understanding what he was referring to replied,

“Well, President Bentley is on the other side of the veil with you. He can help you.”  But Pancho said,

The next morning, feeling driven and determined, Bert Whetten got up and drove to Chihuahua City to meet with Villa’s widow and get pertinent dates and permission to do his temple work.  He later travelled to Mesa, Arizona, the nearest temple and announced to the temple president,

“I’m here to do the work for Pancho Villa.”

“The temple president was astounded and strongly resisted saying,

“No, you can’t do that! He was a notoriously bad man, and we don’t do temple work for people like that!”

When Elder Whetten heard that, he got a big smile on his face, and said,

That day Bert Whetten did the temple work for Doroteo Arango (a.k.a. Pancho Villa), a selfless act of service and love.

Just a side note.  Before Bert Whetten did the temple work in the early 1960’s, Pancho Villa was considered a villain and an outlaw throughout the world as well as in Mexico.  AFTER that time however, something changed, and historians and the Mexican Secretary of Education began writing about him as a great liberator.  Now he is considered a hero in Mexico.

In the early 1980's I was visiting the Nelda Whetten Villa family in Col. Juarez to find out more details regarding the bronco or Sierra Madre Apaches who did not surrender. I also heard this same story and was amazed by it. Their story was more detailed but the ending was the same. I checked and got the information from a Mormon friend of mine in Salt Lake City. Both Villa and Gen. Felipe Angeles were incredible patriots, often at odds with one another but I am glad the Temple work was done (for both of them I think?) Also, if any readers here know anything about Apaches who lived in the Sierra Madre after 1886 or if you have family stories I would welcome them. My phone number is 575 653-4821. I live in New Mexico. Thanks, Lynda A. Sánchez (My grandparents were Latter Day Saints (Ida Mae Tenney and Todd Browning)

My grandfather, Junius Romney was the stake president who led the people out of Mexico in "The Mormon Exodus" in late 1912. He had some encounters with Pancho Villa. I imagine that although antagonists back then, they probably are all thrilled with the power of the atonement now. What a delightful addition to understanding of history!