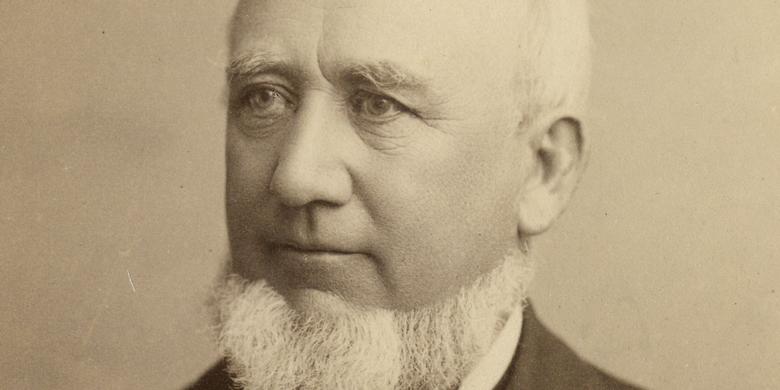 Here’s another excerpt from an unpublished project to which I very much need to return:

George Q. Cannon, a counselor in the First Presidency to Brigham Young, John Taylor, Wilford Woodruff, and Lorenzo Snow, claimed on several occasions to have seen Christ and to have conversed with him face to face.  Cannon was a man of great integrity and remarkable ability who made a positive impression on people within and beyond the Church. He served as a newspaper editor, a publisher, a writer, and a long-time Utah Territorial delegate to the United States Congress, besides being one of the pivotal figures in the establishment of the Church in Hawaii and directing its efforts in Europe.[1]

Referring to remarks he had made to an assembly of young people, in Cardston, Alberta, Canada, in 1889, Cannon wrote in his journal that “I testified that the Lord Jesus lived, for I had seen Him and heard His voice, and I had heard the voice of the spirit, speaking to me as one man speaketh to another.”[2]

On 6 October 1896, Cannon made his point expressly, in print:  “I know that God lives. I know that Jesus lives; for I have seen Him. I know that this is the Church of God, and that it is founded on Jesus Christ, our Redeemer. I testify to you of these things as one that knows — as one of the Apostles of the Lord Jesus Christ.”[6]

In 1898, Joseph Dean attended a meeting in the Salt Lake Temple, of which he recorded that

“I never felt a more heavenly influence in my life, especially the last hour. We did not get away until 12:30. The last hour our hearts were so melted that the most of us were sobbing and weeping for joy. Pres. Geo. Q. Cannon began to speak at 11:30. He was saying or began to say that he knew that Jesus was the Christ, for he had seen his face and heard his voice. His emotions here overpowered him, and he had to stand and say nothing for a few moments until he could control himself. He also testified that he knew that God lived for he had seen his face and heard his voice. He also knew that the Holy Ghost was a living being for he heard his voice.”[7]

After George Q. Cannon’s death in the spring of 1901, his protégé and confidante George Reynolds wrote a eulogy in which, among other things, he said,

“President Cannon in intellectual gifts was richly endowed beyond the great majority of his fellows. In faith, few were his equals. As a servant of the Most High, he was among that favored few who saw the face of the Lord while in the flesh and heard the Divine voice, and yet remained in mortality.”[8]

[4] Holzapfel, Every Stone a Sermon, 77, citing Marriner Wood Merrill journal for 20 April 1893 [LDS Church Archives]. Marriner Wood Merrill was, at the time, a member of the Quorum of the Twelve Apostles, and about 58 years old. (The entry in the Church Almanac seems to contain an error, so this is not certain.)

[5] Stuy, Collected Discourses, 3:285, citing Francis Asbury Hammond journal for 20 April 1893. Hammond had been a missionary companion of GQC in Hawaii in the first half of the 1850s.

[8] Van Orden, Prisoner for Conscience’ Sake, 189, citing Juvenile Instructor 36 (1 May 1901): 274. “This last revelation,” Van Orden comments, “may have been confided by Cannon to his close friend Reynolds.” Reynolds, at the time, was one of the First Seven Presidents of the Seventy, and about 59 years old. He had been closely associated with George Q. Cannon since 1861, when Cannon served in the British Mission.

George Q Cannon was a man of extraordinary spiritual abilities and many of the brethren over the years have seen and conversed with Almighty God. Joseph Smith was one who opened this dispensation with Godly outpourings of the Spirit, blazed the path of personally seeing the Almighty glory of God and all who repeated similar witnesses owe their experiences to the Prophet Joseph Smith.

Seeing the face of the Savior is within our rights and privileges if we do our part. The Lord wants to redeem us and bring us into the presence of the Father and the brethren are wanting us all to rise about the world. More people would be having these experiences if we applied the brethren's counsel.