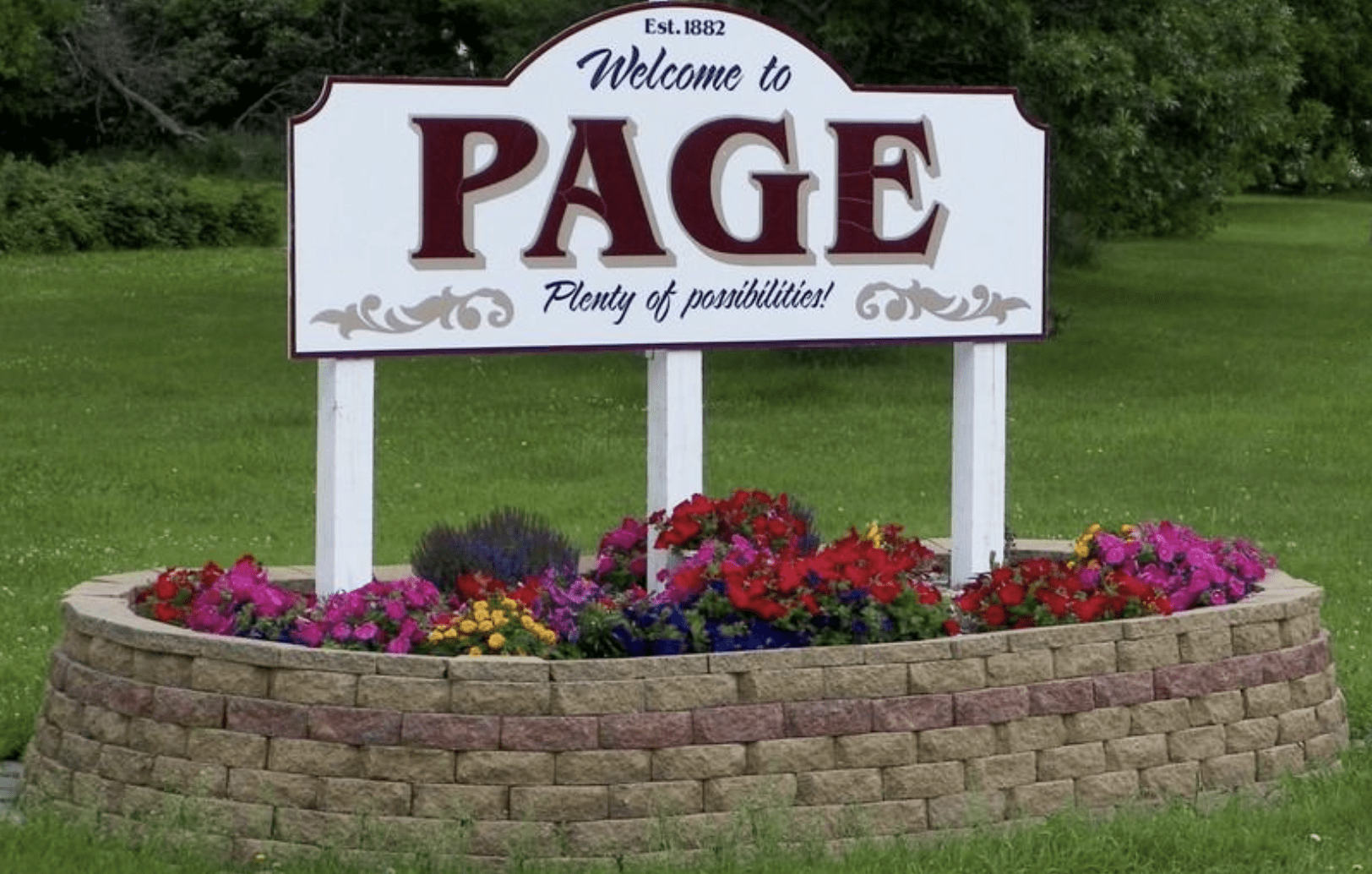 Today was an exceptionally satisfying day, something that I had definitely not anticipated.

One of my early memories goes back to just days before a Christmas nearly sixty-one years ago.  My Aunt Nellie’s husband, Ernest A. Hornbacher, was a local school superintendent and insurance agent here in North Dakota.  (I expect that the job of a rural North Dakota school official may have required some supplemental income to make ends meet.)  I don’t remember him, honestly; I had probably only met him once or perhaps twice, and I was very young.  But I do remember that he was killed by a train while out driving in a blizzard on the night of 19 December 1960, and I remember that my father flew back to North Dakota to be with his older sister at that terribly difficult Christmas time.  My Dad had been very fond of his sister’s husband, and thought him an exceptionally good man.  I still recall how sorrowful that holiday season was.

Last night, I began to wonder where the accident had taken place.  I thought that the site must be somewhere around Starkweather or Devils Lake.  It turned out that it happened to the south, at Cooperstown, North Dakota, a place of which I had never heard, to the best of my recollection.  And that Aunt Nellie and Uncle Ernest had been living at Page, North Dakota — another town of which I don’t remember ever hearing.  So, this morning, we drove down that direction.

I couldn’t find the place where the accident occurred.  A local in Cooperstown thought that the town’s railroad crossing had been eliminated some years before and the tracks moved.  He was the only living soul that we spotted in Cooperstown (population 984, in the 2010 census), but he was fairly young — and, of all things, a relatively recent immigrant from Twin Falls, Idaho.  I can only speculate, but I wouldn’t be surprised if a fatal car-train accident in which a local school superintendent — and a pillar of the Boy Scouts and of the local Lutheran church — was killed might have been a factor in doing away with the railroad crossing at which it happened.

So we went on to Page.  We drove around the small town, and I began to feel very powerfully that I would like to talk with somebody.  However, the odds of meeting up with anybody who remembered Ernest Hornbacher (who was killed nearly sixty-one years ago, at the very end of 1960), and Nellie Hornbacher (who moved out to the San Diego area in 1968, to be near where her daughter and her son-in-law were stationed in the Navy) seemed really remote.  Finally, though, we saw a lady walking along the main road at the edge of town, and we decided to ask her.  She knew little, having grown up in a different town, but she gave us directions to the home of Diane Wade, which was located about a block away.  Mrs. Wade, she said, had lived in Page all of her life.

This is not something that I would typically do, but we drove to Mrs. Wade’s house, and she was very friendly, entirely willing to talk, and a fountain of information.  We put chairs up in the shade and chatted for a while.  She remembered Ernest Hornbacher, and my Aunt Nellie had been her kindergarten teacher.  But, she said, she knew somebody who would know even more:  She called her brother-in-law, Kim Long, and he came over to visit with us, too.  (Wonderful people!)  He knew the Hornbachers’ son and daughter, my cousins.  He also remembered Ernest Hornbacher — who was apparently known locally as “E.A.” and as “the Professor” — and Aunt Nellie had been his third grade teacher.

This was stunning to me.  Nellie was my father’s eldest sibling, nine years older than he was and perhaps something of a secondary maternal figure to him.  By the time he returned from World War II, his parents — through no fault of their own — had lost the family farm and moved to California.  So he stayed with Nellie and Ernest for a while after he was demobilized.  Then he returned to California, where had had been working before the war.  Nellie herself went to California in 1968, but she died of cancer in 1980.  During almost all of the time she was living in my home state two or three hours to the south of my parents, I was away at BYU, or on my mission in Switzerland, or doing graduate work in Jerusalem and then in Cairo.  But I remember her as kindness itself, an unusually sweet woman.  That is how Diane Wade and Kim Long remembered her, as well, although he grinningly hinted at some difficulties between him and his third-grade teacher.

It was so much fun to meet people who actually knew my long-lost relatives.  For me, Nellie and especially Ernest have increasingly receded into mere dimly-recalled memories from family history.  But the man and the woman that we met today knew them as living people in a small and close-knit community.  I felt that we had made two new friends.  In fact, Kim Long pressed upon me an extra copy that he had of Page, North Dakota: One Hundred Years, a hefty volume that was produced for the centennial of Page in 1982 and that contains significant information not only about the history of the town (including its schools) but about my aunt and my uncle and their children.  He wouldn’t accept payment for it.

On the way out of town, thanks to his directions, we drove by the large white-frame house where Uncle Ernest and Aunt Nellie had lived and got a couple of photographs of it.  Perhaps oddly, such places take on the character, for me, of sacred sites.

For the past three or four years, I’ve felt occasional strong promptings to get serious about family history and genealogy, and my experience today certainly didn’t dampen my inclination to do just that.  This trip as a whole has given me a new perspective on the past three generations of my paternal family, and has put flesh on the bones of what I knew as well as making me realize that some of what I had thought I knew isn’t as secure as I had imagined.  As I said in my previous post, I now have new questions that I need to research.  And I have better context for those questions.

I lost a grandmother (dad's) and an uncle (mom's brother) before I was born. While my dad's mother has people who've written about her, no one had done so prior to my efforts for my uncle. My uncle Emil lives on because of my efforts to interview people years ago, who are now dead. Personal history is mighty important for future generations so that people know them as people, not just a name or dates.

Thanks for sharing these experiences of ‘putting flesh on bones’ family history. It is very heartwarming and inspiring.