When Elder Neal A. Maxwell was Called as an Apostle | Meridian Magazine 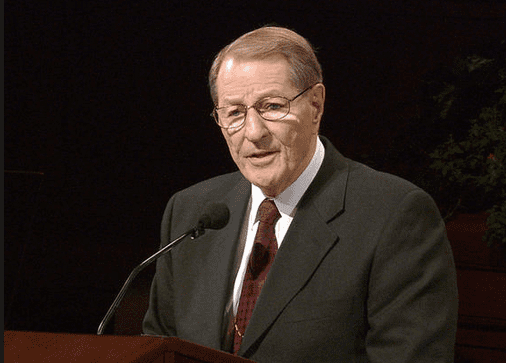 When Elder Neal A. Maxwell was Called as an Apostle

Editor’s Note: This post was originally printed on MyBestLDS. It is reprinted here with permission.

At the upcoming general conference in October, members of The Church of Jesus Christ of Latter-day Saints will almost certainly be sustaining [3] new members of the Quorum of the Twelve Apostles. As much as members will joyful welcome these new leaders, it’s preceded by the bittersweet sorrow of saying goodbye to our dear Elder L. Tom Perry and President Boyd K. Packer, [and most recently Elder Richard G. Scott] who passed away in May, July [and September] of this year, respectively.

Just as it is this October, Church members are usually anticipating the calling of a new apostle.  However, when Elder Neal A. Maxwell was called to the Twelve, it was a complete surprise. Enjoy this sweet story of Elder Maxwell’s calling to the Holy Apostleship.

From A Disciple’s Life: The Biography of Neal A. Maxwell by Bruce C. Hafen
Summary and Excerpts from Chapter 43: The Holy Apostleship

It’s unlikely that anyone in the Church (except for the apostles) anticipated that Neal A. Maxwell would be called to the Quorum of the Twelve Apostles when he was. As far as most people knew, there wasn’t a vacancy to be filled. Generally, a new apostle is called when an apostle dies. However, in 1981, the health of all three members of the First Presidency was declining. After many vibrant years of service together, they were slowing down.  President Spencer W. Kimball, in recovery from surgery, felt “a restless urge to breathe needed vitality into the First Presidency”. President Kimball called Elder Gordon B. Hinckley to be a fourth member of the Presidency on July 15th. This left a vacancy in the Quorum of the Twelve.

Neal A. Maxwell was also recovering from surgery, although his was a very minor procedure (septal surgery on his nose). He had just come out of the surgery as President Kimball’s office was placing calls at his home, and then the hospital. Having located Neal, President Kimball was soon walking through the hospital room door, “with an unusual air of urgency, as hospital visits go.”

“Neal, still a little groggy, tried gamely to be cheerful as he fought off the effects of the anesthetic. Brother Kimball bent over to kiss him on the cheek and inadvertently bumped his nose, ‘which was pretty hard not to do, because it was so swathed in bandages.’

“After they had exchanged a few kindly words about Neal’s condition, President Kimball came quickly to the point. He explained what was happening with Elder Hinckley—news that Neal welcomed with great enthusiasm. Then, with loving soberness, he called Elder Maxwell to become a member of the Quorum of the Twelve. Neal would need to obtain an early release from the hospital to attend the temple meeting two days later, without being able to tell his doctor why he must go.”

That night, Neal’s son Cory visited him in the hospital after receiving the news. Neal was asleep when he arrived, and Cory later recalled, ” I just stood there looking at you for a minute. … It just dawned on me what a great man you are and how much I loved you. Tears started welling up in my eyes as I looked at you and thought about all you mean to so many people (and to our Heavenly Father). Just then you stirred and opened your eyes.”

“When Neal arrived at the temple on Thursday morning, he was ushered into the historic fourth-floor meeting room, where the new, four-member First Presidency and eleven other Apostles awaited him. It wasn’t until after he’d taken a seat that he realized he was, inadvertently, still wearing his plastic hospital wristband—a little symbol of his dazed astonishment. President Kimball explained that President Hinckley had just been set apart and that Neal would fill the vacancy thus created. All of his Brethren then placed their hands on his head and, with President Tanner as voice, they ordained him an Apostle and set him apart as a member of the Twelve.”

Elder Maxwell went on to serve as a beloved apostle until his death in July, 2004. He was well known for his devotion to the Lord, and his well-crafted and eloquent talks. In anEnsign article honoring him, the Church shares this: “Known for his extensive vocabulary and elegant writing style, Elder Maxwell has always presented a challenge to translators. During one general conference, the translators had categorized each talk in levels of difficulty. All of the talks fit in levels one through four except Elder Maxwell’s. His talk was alone at level five”

Thank you for this. What a great behind-the-scenes recap. I had forgotten Elder Maxwell was called to fill President Hinckley's seat. I always enjoyed hearing his soft-toned voice and the pictures he made with his words.