What’s the Point of a Prophet Who Already Agrees With You? | Meridian Magazine 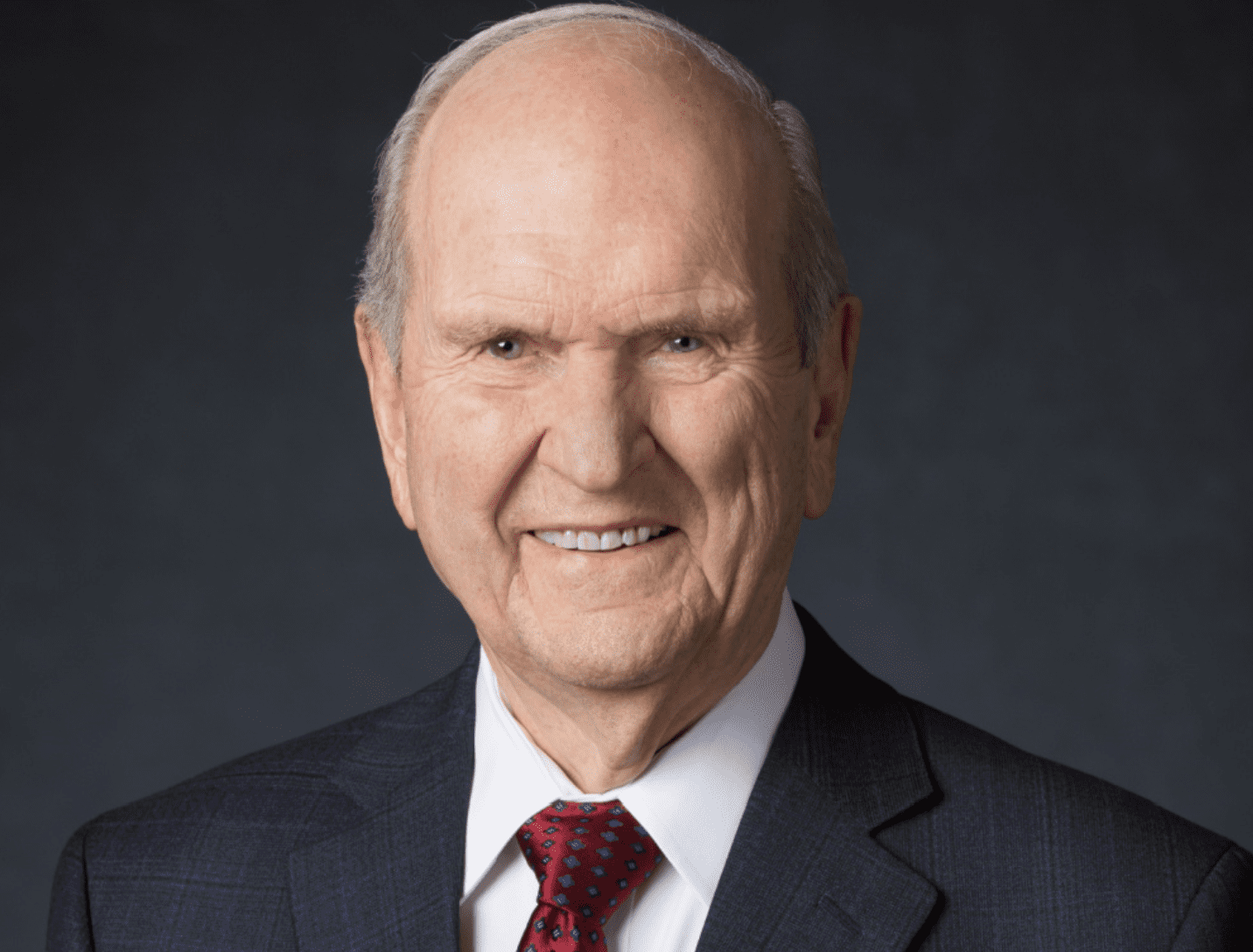 What’s the Point of a Prophet Who Already Agrees With You?

n Thursday, the Church issued another First Presidency message urging members to mask or socially distance and to get vaccinated in response to the Covid 19 pandemic. This comes on the heels of a similar message in January of this year, soon after the vaccine became available in much of the developed world.

Whenever the Church speaks on culturally and politically divisive issues, a familiar drama unfolds online. A vocal few on one side of the issue in question will rejoice in seeing their views vindicated, using prophetic counsel as a blunt instrument to swing at their ideological opponents. The other side, instinctively sensing the insincerity of those triumphing at having chosen “the winning side,” takes refuge from the Church’s counsel by nursing these grievances. While it’s true that “the wicked take the truth to be hard,” even the righteous will be distracted from the truth when their brothers and sisters in Christ indulge in victory laps at their expense on social media.

This is not exclusive to vaccine counsel. A similar dynamic has played out in recent years over Church statements regarding LGBTQ rights, gay marriage, abortion, and immigration. Whatever the issue at hand, the political rivalry inevitably leads some members of the Church to interpret doctrine and counsel in a way that only supports one or another side of those issues. Certainly, Church doctrine and prophetic counsel are intended to help us navigate contemporary questions, but they may also contain principles that transcend them— principles we miss in our focus on scorekeeping.  Such a focus neglects the real possibility that the questions du jour may actually play a limited role in the counsel being given.  To lose sight of the Lord’s higher purposes amidst theologically informed politicking is to overlook the possibility that the Church may not really be taking anyone’s side—that the Lord may have other objectives in mind which no one on either side of The Debate has yet contemplated.

For instance, some suggest that, since vaccination is not a matter of eternal significance, Church counsel to immunize and mitigate the spread of COVID 19 is pragmatic but not doctrinal. Accordingly, since vaccine counsel does not immediately relate to fundamental Church teachings on which one’s temple worthiness is determined, the Church’s policy is most likely just a practical necessity in light of the larger cultural pressures to tow the mainstream line on the pandemic.

It is of course true that vaccination is not a matter of temple worthiness such as tithing or the law of chastity. Even in making a case for striving to obey prophetic counsel, we should take care not to insinuate that having doubts about the safety of vaccines is sinful.

However, debates about whether abstaining from vaccination is justified obscure questions that may be more significant: what might one gain spiritually by taking seriously the idea that the First Presidency’s message is, indeed, inspired? And what is lost if not?

To begin with, consider the implications of the idea that the Church issues policies merely to accommodate the powers that be. While it may alleviate the confusion engendered by counsel one considers problematic, it does so at a price: we must now contemplate a God who cannot manage His affairs without occasionally bowing to societal dictates. While Church policies will undoubtedly respond to significant cultural and political difficulties, we need not suppose that those policies are merely reactions to larger forces, nor that the Lord is at the mercy of earthly institutions and their momentary debates.

More likely, it’s the other way around. What if social and cultural forces are instead providing opportunities for the Lord to reveal more truth and further his work?

Consider the revelation given in Section 76 of the Doctrine and Covenants. When I was investigating the Church, I found the doctrine of the three degrees of glory quite jarring. My theological leanings were mostly Protestant, and the idea of three kingdoms of salvation seemed like a childish and unnecessarily complicated attempt to improve upon God’s straightforward justice. I’ve been relieved to learn that quite a few of the early Saints, disposed as they were against universalism, were similarly caught off guard.

As sometimes happens when new truths or counsel are given, some of those early Saints lost their faith. Perhaps they saw this revelation simply as the Church’s attempt to take sides on an Earthly Debate (universal vs. limited salvation). Of course, it was nothing of the kind. It was something new and unique and, though containing echoes of other concepts of salvation, the three degrees of glory is a doctrine that can only be truly understood in its own right—not merely through the lens of our previous experience and questions. In other words, it’s revealed—not discursive—knowledge. From our modern vantage point, it’s clear the Lord was not interested in settling a debate, but in moving forward His own purposes.

One such purpose may be our individual sanctification.

I remember sitting alone at my computer when I first read the controversial Church policy not to baptize the children of homosexual couples. My heart began to sink, overwhelmed by an instinctive sense of injustice. The world, I knew, would look upon this with horror and I couldn’t help but wonder if maybe this time they were right. Yet I also remember a still, small voice beckoning to me through the grievances forming in my mind: “Wait. Just trust me.” I thought about all the times in my life when I had, in fact, felt God’s tender love and mercy. Though those feelings now felt remote, I knew that if I rejected the Spirit’s invitation, it would not be because I didn’t know, for myself, of God’s trustworthiness.

I made the conscious decision to set aside the indignation welling up inside me and in that moment, the unmistakable warmth and peace of the Holy Ghost extinguished all my anger and confusion. I could suddenly see quite plainly why the new policy was, in fact, a manifestation of God’s mercy—a total reversal of what I’d felt only a moment before. And thus by faith, [I] did lay hold upon every good thing” (Moroni 7:25).

Certainly, I would have missed the sacred experience of being personally tutored by the Holy Ghost had I allowed my initial objections to crowd out His whisperings. But I also can’t help but wonder what would have happened if the policy change had not challenged or interfered with my prior convictions. Had I not needed the Spirit’s influence to guide me, I don’t think I would have looked beyond the cultural and political aspects of the policy change. Worse, I might have assumed that it was meant to confirm my cultural and political expectations—a hope that would have been dashed by the subsequent reversal.

Of course, aligning ourselves with revelations that confirm our priors is still obedience and it’s very necessary; but an obedience purchased at the price of our former convictions and instincts does much more than simply align our views with things as they really are—it forms our eternal character, purifies our desires, and puts us in touch with Christ’s nature-altering grace. It loosens our allegiance to the gods of this world—such as tribal loyalties, cultural narratives, social values, and personal prejudice—by forcing us to consciously risk all these in the hope that Christ will be waiting for us when we step out of the boat.

In other words, discomfort is part of the point.

Even if you were not personally conflicted about getting the Covid vaccine, one can still be sympathetic to concerns about its safety born of pervasive censorship, scientific hubris, media pressure campaigns, inconsistent messaging, and conflicting expert advice. Trust issues are clearly warranted, and restoring credibility in our institutions will undoubtedly be a painstaking process involving voices and viewpoints that contradict mainstream narratives. Progress in any endeavor is only possible when we are cleareyed about our weaknesses, and any human institution assuming an air of scientific or moral infallibility is indeed suspicious.

And yet, when there are legitimate reasons to question, trusting God’s urgings, communicated through His ordained servants, becomes that much more meaningful.

The Lord seldom commands. In my experience, He much more frequently calls, invites, and—recently—urges our trust and obedience. How can He cultivate virtue in a heart that will only comply when confronted with the edge of a spiritual sword? “In the economy of heaven, the Lord never uses a floodlight when a flashlight is sufficient” perhaps because He wants more than grudging obedience. It’s not simply our actions, but our motivations and our desires which concern Him. He is seeking to create a people who love what He loves and willingly seek for the blessings of living a higher law, even in the absence of compelling reasons for doing so.