What’s In a Name?: The Story of Brothers Joseph Stalin and John F. Kennedy | Meridian Magazine 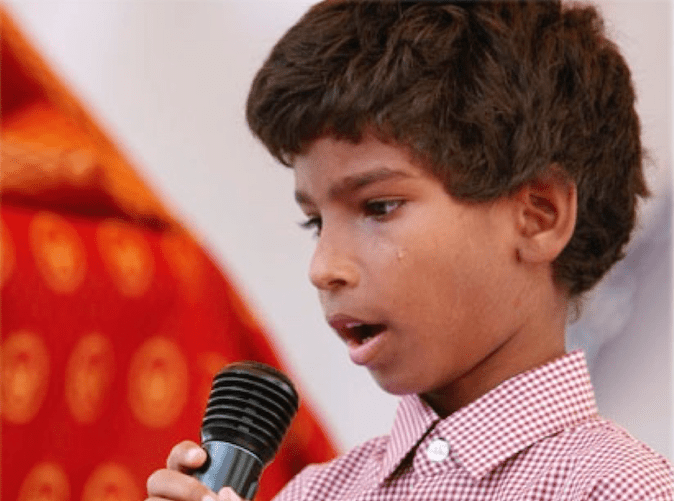 What’s In a Name?: The Story of Brothers Joseph Stalin and John F. Kennedy

To find out more about the efforts of Rising Star Outreach and learn how you can help, click here.

I was sitting in the Volunteer’s dorm of Rising Star Outreach in Chennai India, when I saw one of the housemothers dragging little John by the arm. The housemother was clearly not happy. She had a look of hopelessness and irritation on her face that was unmistakable. Little John was kicking and screaming and resisting with all his might.   She kept telling him he was going to “Time Out”, but he clearly had other ideas.

I called out to the housemother, “Kala, can you bring John to me? “ With an irrepressible sigh of relief she delivered the kicking, squirming boy to me and turned to go, but I stopped her with a request to stay and translate for me.

John’s full name was John F. Kennedy. He was definitely a darker, scrawnier four-year-old version of who you and I have in our memories as John F. Kennedy. Now I have no idea what the John F. Kennedy that we remember was like as a child, but this Indian version of him was incorrigible. Several times the director of the Rising Star Children’s Home had approached me about the possibility of needing to send John home. He was disruptive in the classroom and violent to the other children. At this point we were such a small institution that we had no social workers and no one to oversee any behavior interventions.

I looked at this little hellion–defiant, but with a telltale tear running down his face, and I wondered how I might find my way into this little guy’s heart. I knew that his father was mean and abusive. He also had another brother, named Joseph Stalin. Yes, you read that right! In India, several of the states have a Communist government, so in those places Joseph Stalin is actually a hero. Interestingly, in this case, Joseph Stalin was a little angel. One of life’s funny twists!

As I looked into John’s vulnerable, yet guarded eyes I asked, “John, do you know who John F. Kennedy was?” He stared sullenly at the ground, gave my foot a kick and shook his head “no”. Ignoring the kick to my foot, I said, “John Kennedy was one of the greatest Presidents of the United States in our history. He is looked up to and revered by many, many Americans.”

“Actually, he is held in high regard by the entire world because he saved America from a foreign nuclear threat from Cuba, our next-door neighbor. And he did it all peacefully. He managed to protect the United States without even going to war. He was a brilliant leader.”

I let this sink in. By now John had lifted his eyes to meet my own and I held them there as I continued, “Today India desperately needs a leader like John F. Kennedy. I’ll bet when you were born and your mother took her first look at you, she thought in her heart that this very baby might be India’s John Kennedy.” By now I had his undivided attention.

I was leaving that evening for America so I didn’t have a lot of time to follow up on this. I told John that as soon as I arrived in America I would look for a book about John Kennedy and send it to him. “Would you like that?” He nodded back enthusiastically with a big smile.

As soon as I arrived in America I went to a bookstore determined to find a book that little John could understand. Unbelievably I found a book about John Kennedy, replete with pictures, and written for a young child. I bought the book, and delivered it to the next volunteer leaving to work at Rising Star Outreach. Little John had the book in his hand within two or three days.

The volunteer intermittently reported back to me that John Kennedy had become inseparable with his book. He loved showing it to everyone. It went everywhere he went. The miracle of this relationship is that little John Kennedy began to change, almost imperceptibly at first, but eventually everyone noticed the difference.

It made me reflect on the question, “What’s in a name?” A couple of years later I arrived on campus for a visit and one of the volunteers excitedly told me that we had a new child named Karl Marx. Very cool! I asked where he was, so I could go and meet this illustrious fellow. The volunteer replied with a grin, “He’s up in the boys dorm, making sure that all the boys are sharing their toys equally!” Once again I had to reflect, “What’s in a name? But even more importantly, what’s the power of the image we hold of ourselves in our hearts? Does this image truly have the power to transform us?

It obviously did in John Kennedy’s case and seemingly in Karl Marx’s case, as well. Joseph Stalin eventually dropped his last name of Stalin and went simply by John S. He’s now graduated from Rising star Outreach and is pursuing his studies in college. He is a fine young man and I suspect he will be a much greater man by far than the original Joseph Stalin was. He will bring honor to himself, his family, his leprosy colony— and I’m confident—to India.

Little John F. Kennedy is no longer so little. He’s also grown into a fine young man. He still has moments that cause us to look at each other with a little askance, but generally he is a great kid. His story is actually a little more complicated than I can tell in a short magazine article, but the important thing is that he is on the path to an excellent future.

My husband and I served a mission together in the Dominican Republic where we had more than 500 missionaries who served under us. We smile when we recall one missionary who was named Jesus Gandhi Castro! Now there’s a recipe for a multiple personality disorder! Fortunately, this young man knew who his Heavenly Father was and what his own eternal identity was.

We also had another missionary named Nerfi. When I asked him about his name he told me that his mother had intended to name him Nephi. Unfortunately the nurse who recorded his name had never heard the name Nephi, so she spelled it “Nerfi”. Nerfi’s mother could not read or write herself, so she had no idea that her new son had been named Nerfi. Unable to pay the required money to have the name corrected, this fine young man had gone through life as Nerfi.

One of the things that was mentioned most frequently in our Mission Testimony Meetings was the pride and humility that each missionary felt as they were able to bear the sacred name of Jesus Christ on their chest every day. It reminded them who they were and what their Heavenly Father expected of them. It reminded them of their Heavenly Father’s love for them.   Was it transformative? You better believe it!

If so, let’s all be generous to others as they struggle to find whose image is engraved on their hearts. Disparaging, destructive words should never leave our lips. May we be builders of our Heavenly Father’s offspring, speaking in terms of encouragement, belief and hope—never in derision. We have no idea how a simple word or action from us can cause an image to be held in a person’s heart, transforming their eternal outcome.

There is power in an image, in a name and in small individual words. In this day and age of relentless internet-based character assassination and social media bullying, let us stand forth with a shield rather than with a battering ram. Let us wield this power wisely and kindly. Let us ennoble rather than degrade.   Let us be true to the holy name we accepted to engrave on our hearts when we were baptized, and let us recognize it in our brothers and sisters as well.

To find out more about the efforts of Rising Star Outreach and learn how you can help, click here.

Very touching story. To see each person as God sees them, what an inspiring thought and challenge!

It's interesting to think about how much our names, or how much our stated goals and ideals, shape who we are. Especially in light of how the Church recently changed its logo to make Jesus Christ larger and at the center.