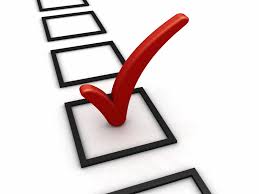 What You Should Know About That Mormon Gender Issues Survey

This is an important warning about the Mormon Gender Survey. J. Max Wilson wrote at The Millennial Star:

Regarding the “Mormon Gender Issues Survey” that you may have seen being passed around social media:

The survey was created by a group calling itself the “Mormon Gender Survey Group”, which includes in its membership well-known LDS dissenter and agitator, John Dehlin, as well as other progressive Mormon activists who have pushed for the church to ordain women and to change its doctrine regarding homosexuality.

The survey questions are worded in ways that subtly push their typical agenda.

This isn’t the first time Dehlin has used stilted academic surveys to support his agitation. In 2012 his “Mormon Research Foundation” created a survey that was used to over-estimate the number of unhappy women in the LDS church, even though by its own admission the survey results made “no claim of representativeness or statistical significance in the sample“. It was propaganda. But that didn’t stop it from being cited widely to support agitating for change in the church.

I guess some people think they need a mission in life. All the ignorant people need to be warned. The Lord doesn't need a survey or a statement of authority, He already knows the path we should take. How it must break His heart to see some of his children so willfully and deliberately belligerent in their disobedience to his laws. Pray for them, and then live as He has taught us. We are all still his children.