What made the first apostles such fearless preachers? | Meridian Magazine 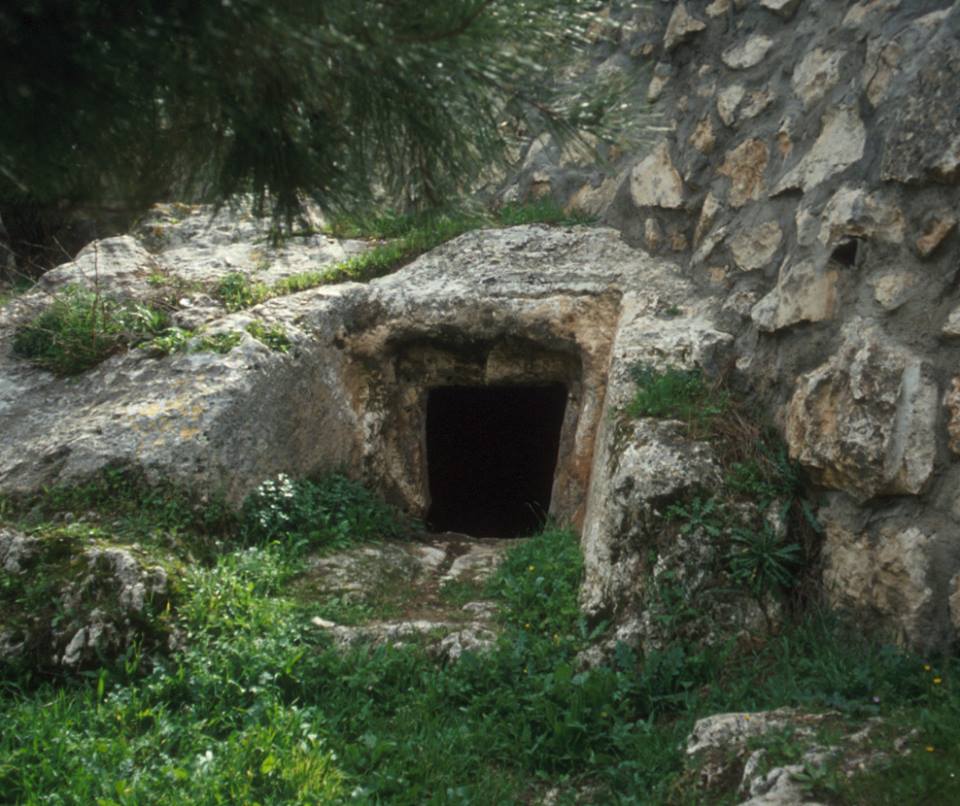 What made the first apostles such fearless preachers?

Cover Image: An empty tomb in Jerusalem dating to the Herodian period. The photograph was taken by my friend and colleague Dr. Jeffrey Chadwick, and I use it here with his kind permission. Neither of us believes either the Garden Tomb or the Holy Sepulcher to be the right place, so this will have to represent the as-yet unknown site of Christ’s burial and resurrection.

This week, I taught the Gospel Doctrine lesson on Acts 1-5.  In that context, a column that I published in the Deseret News back on 17 November 2011 is directly relevant:

Virtually all historians, of all religious opinions, agree that Jesus was crucified. The New Testament says that he died just prior to Passover.

One of his inner circle of 12 apostles betrayed him, nine fled at his arrest, and another — Peter — pretended not to know him. The last, John, seems to have watched events unfold from a safe distance (Luke 23:49; John 19:25-27). Thereafter, as prominent followers of a convicted and executed “criminal,” they went into hiding.

Only a few weeks later, though, the 11 surviving apostles were transformed. They even appointed a willing replacement for Judas.

According to Acts 1:2-9, the risen Jesus trained his apostles for 40 days during a series of post-resurrection appearances and then ascended into heaven. Less than two weeks later, they began their first public preaching in connection with the feast of Pentecost, seven weeks after Passover and Easter Sunday (Acts 2).

The content of their first preaching is significant. Boldly speaking for the other apostles, Peter flatly identified the residents of Jerusalem as the killers of Jesus, testifying that God had raised Jesus from the dead and identifying himself and his colleagues as witnesses to these claims (Acts 2:23-24, 32). At this point, if Peter’s assertion were false, critics could easily have exhumed Jesus’ body and ended the nonsense. But, in fact, Luke tells us that mass conversions followed the apostles’ testimony (2:41, 47).

A few days later, Peter and John were in the courtyard of the temple, again openly accusing the people of Jerusalem of having murdered Jesus (3:13-15), testifying that God had raised Jesus from the dead (3:15, 26), and identifying themselves as “witnesses” to these facts (3:15).

The chief priests and Sadducees were understandably threatened by these public challenges, and, so, the two apostles were arrested and brought before Annas, Caiaphas and other members of the city’s elite (4:1-7) — the very men who, less than two months before, had engineered the execution of Jesus.

Without hesitation, Peter testified of “Jesus Christ of Nazareth, whom ye crucified, whom God raised from the dead” (4:10).

Uncertain how to respond to this fearless defiance, the chief priests decided to “threaten” Peter and John, and to order them to speak no further about Jesus (4:17-18) — to which the two apostles replied that they would not obey the order (4:19-20). Baffled as to what to do next, Annas and Caiaphas and the others simply threatened them again and let them go (4:21).

But the little Christian movement continued its public preaching to the extent that, exasperated and “filled with indignation,” the high priest and the Sadducees had the apostles arrested and jailed. However, they were miraculously delivered from prison, and immediately proceeded to the temple to preach still more (5:17-25).

So they were arrested yet again and hauled once more before the high priest and his council, where they were reminded that they had been ordered not to teach about Jesus (5:26-28).

And, yet again, the apostles were defiant and unintimidated. “We ought to obey God rather than men,” explained Peter (5:29). You killed Jesus, he said, but God raised him from the dead “and we are his witnesses of these things” (see 5:30-32).

At this point, according to Acts, the council considered killing them. But a prominent rabbi named Gamaliel stood up and strongly advised against that. So the council had them beaten yet again, and ordered them, yet again, to be quiet about Jesus (see 5:33-40).

“And they departed from the presence of the council, rejoicing that they were counted worthy to suffer shame for his name. And daily in the temple, and in every house, they ceased not to teach and preach Jesus Christ” (5:41-42).

Some will argue that this account is fiction, inspiring but wholly mythical. But its author, the evangelist Luke, seems to have been a well-educated and careful historian who based his narrative upon eyewitness interviews (Luke 1:1-4). And the New Testament doesn’t shrink from casting early church leaders in a negative light when appropriate; it feels no apparent need to glorify them by falsifying history. Furthermore, given the remarkable and well-documented growth of earliest Christianity, something very like what Luke reports must necessarily have happened.

So what transformed the fearful, cowering apostles of Passover weekend into fearless preachers of Christ’s resurrection less than two months later? There is a very obvious possible answer. Everything hinges on it.