What Does it Really Mean to Stand in Holy Places? | Meridian Magazine 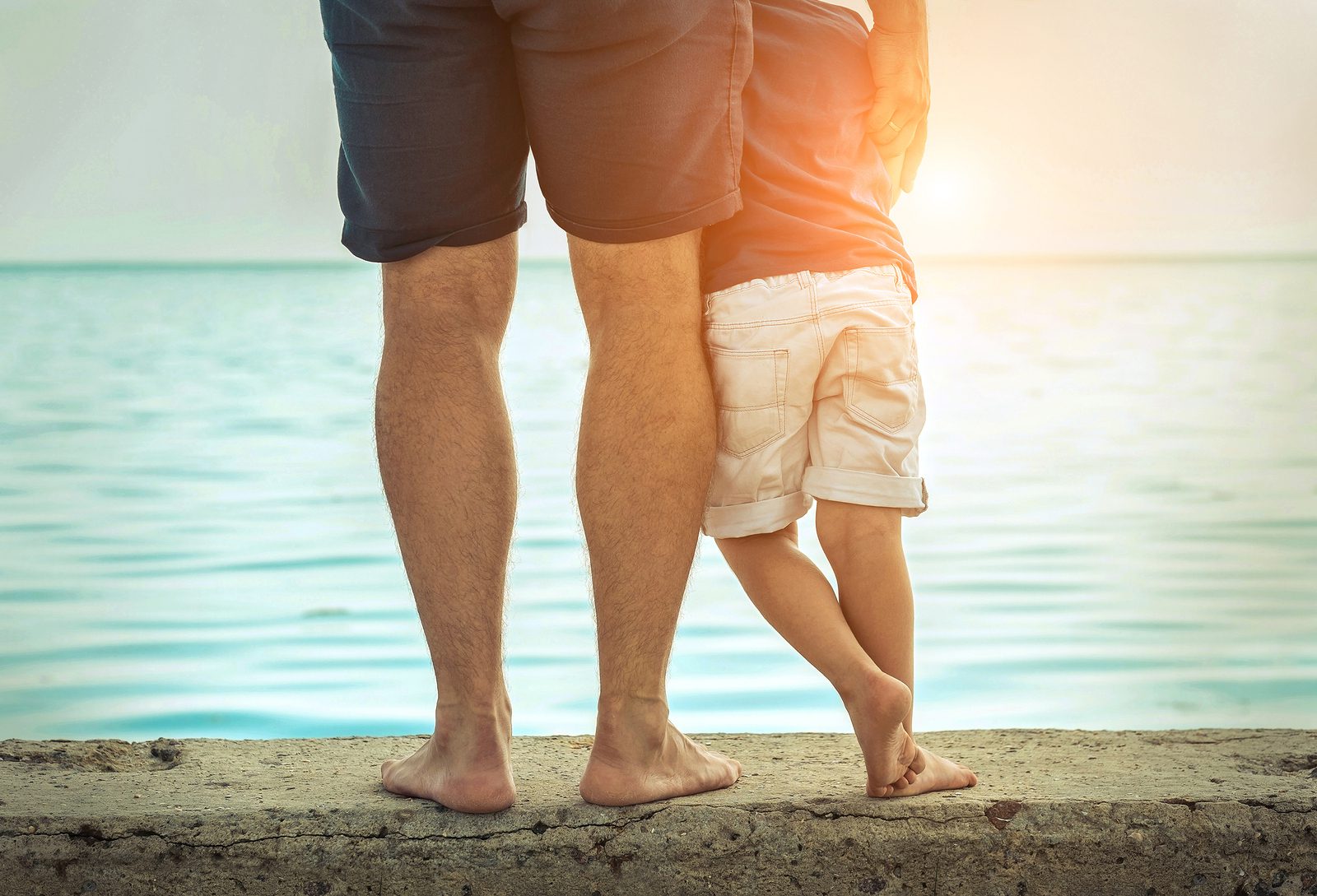 What Does it Really Mean to Stand in Holy Places?

I was in Turkey a few years ago. As part of our trip, we visited the traditional home where Mary, the mother of Christ, lived out the final years of her life after the crucifixion. There were multitudes of people here, and we stood in a long line waiting our opportunity to enter this place.

I confess to some skepticism about this location, but there is a sweet spirit in this place. Whether or not Mary actually lived here did not seem critical once I was in the building. The manifestation of love for the mother of the Lord must invite His Spirit there in some measure because of His love for her.

We wandered quietly through the home and then along an outside wall that reminded me of the Wailing Wall in Jersualem, where hundreds of people have left tiny notes with prayers and petitions. Here they are for the mother of the Savior. This is a lovely site and even the multitudes of tourists have not eroded the spirit of the place. It is a holy place.

The world is filled with locations regarded as holy places. Nearly every culture and religion has them. Pilgrimages bring multitudes to these sites. On our tour, we experienced this sense of sacredness at Mars Hill, at the Vatican, in some of the great cathedrals of Europe, and other locations.

The scriptures have much to say about holy places. Psalm 24:3 says that those with clean hands and a pure heart shall stand in the Lord’s holy place. In JS-M 1:12 the Lord counselled his disciples to stand in holy places when they were confronted with “the abomination of desolation” which occurred at the destruction of Jerusalem. The Lord concluded the revelation on war (D&C 87) with the direction to his people to “stand . . . in holy places, and be not moved, until the day of the Lord come” (vs. 8). In a revelation to his saints, the Lord said, “Behold, it is my will, that all they who call on my name, and worship me according to mine everlasting gospel, should gather together, and stand in holy places” (D&C 101:2).

I have spent some time reflecting on what constitutes a holy place in the eyes of the Lord. A couple of thoughts seem applicable. Real holy places must be locations where the world cannot intrude. They are places where the people of the Lord control the environment.

“And the Lord will create upon every dwelling-place of mount Zion, and upon her assemblies, a cloud and smoke by day and the shining of a flaming fire by night; for upon all the glory of Zion shall be a defence. And there shall be a tabernacle for a shadow in the daytime from the heat, and for a place of refuge, and a covert from storm and from rain.”

In addition to Zion, which we do not now enjoy in its fulness, our homes, (our “dwelling places”) ought to be holy. We must have control over the kinds of things that enter therein. Our assemblies ought to occur in holy places: that is, places where the people of the Lord gather together: our chapels and our religion classes and our family outings and family prayers. And our temples, (our tabernacles) must be holy. Speaking of the need to ensure that our temples are holy places, the Lord said,

“And inasmuch as my people build a house unto me in the name of the Lord, and do not suffer any unclean thing to come into it, that it be not defiled, my glory shall rest upon it; Yea, and my presence shall be there, for I will come into it, and all the pure in heart that shall come into it shall see God” (D&C 97:15,16).

I have twelve children and 43 grandchildren. I would be terribly concerned if their lives did not take them frequently into righteous homes, to the gatherings of the saints, and to the temple. We need the defense, the refuge, the covering that come to us as we spend time in holy places.

And there are not as many of those places as we might wish. President Boyd K. Packer’s observation is a useful description of the world in which we live:

“With all that is going on in the world, the lowering of moral standards, you young people are being raised in enemy territory” (Ensign, November 2011, p. 16).

Professor Pitirim A. Sorokin, a professor of sociology at Harvard observed that

“A consuming interest in sex has so penetrated our national culture that it has been estimated we encounter some kind of sexual lure every nine minutes of our waking day” (Tie Magazine, 11 January 1954).

Every nine minutes? And this was in 1954! Where are we now? We cannot be indifferent to the reality that things are not getting better. President Packer warned, “The middle of the road runs through an entirely different valley than it did a few years ago” (Conference Report, October 1973).

I thought about Lehi’s dream, where many of the images—the river, the mists of darkness, the great and spacious building—are in enemy territory.

But there are places and activities that are safe even in enemy territory where righteous people can find refuge—homes, temples, assemblies, prayer, scripture study—places located next to the iron rod and along the strait and narrow path.

But we must be aware that we are surrounded by unholy places. Lucifer “maketh war with the saints of God, and encompasseth them round about” (D&C 76:29). The “far country” to which the prodigal son journeyed (Luke 15:13) is not so far, any more.

And when we take up residence in an unholy place, departing for safer environments is never easy.

“Why do some of our youth risk engaging in ritual prodigalism, intending to spend a season rebelling and acting out in Babylon and succumbing to that devilishly democratic “everybody does it”? Crowds cannot make right what God has declared to be wrong. Though planning to return later, many such stragglers find that alcohol, drugs, and pornography will not let go easily. Babylon does not give exit permits gladly. It is an ironic implementation of that ancient boast, “One soul shall not be lost.” (Moses 4:1; Neal A. Maxwell, “Answer Me,” Ensign, Nov. 1988, 33).

Given these observations, we might wonder why anyone would ever choose unholy destinations or directions. As least part if the answer is found in Revelation 18: 7, 9. Both of these verses tell us that the inhabitants of Babylon live deliciously. The danger of inhabiting such a place may be obscured by the delicious way in which filth is presented. This quote comes from a talk given during the 1984 Olympics.

“Let’s talk for a moment about the way in which filth is presented. If you have watched the Olympics, I can tell you how it’s done. I am not speaking of the Olympic games; I am talking about the advertising. I have never seen as much beer poured in my life as I saw during the Olympics. As you watched the beer commercials, did you notice the people drinking it? I have never seen such clean-cut, hardworking, patriotic, good fold in a long time. You would have to go out to the welfare farm to see anyone like the people you saw in those commercials. Every time there was a break, and there were a lot of breaks, you saw it coming at you. I use that only as one example. If you turn on your television and watch some of the videos that go with the rock music, you will see how evil is presented by Satan. It is presented incessantly and attractively. It doesn’t even look like a sea of filth to the young people who are swimming in it. In fact, they may not even be swimming, because the presentation is so incessant and so attractive that they may not notice there is a need to swim” (Henry B. Eyring, “Eyes to See, Ears to Hear” Aug. 16, 1984, CES Symposium on the New Testament).

Lehi’s dream speaks of four roads or paths by which we travel through mortality. The first is the strait and narrow path, leading to the tree. But the others, all of which lead to and through unholy places, are the forbidden paths in 1 Nephi 8:28; the strange roads in 1 Nephi 8:32; and the broad roads mentioned in 1 Nephi 12;17.

I suspect that the rampant proliferation of unholiness is at least part of the reason why the Lord told us to “stand . . .in holy places, and be not moved (D&C 88:7, emphasis added)”

We must stand fast.

If we lived in a state where virtue was profitable, common sense would make us good and greed would make us saintly . . . But since in fact we see that avarice, anger, envy, pride, sloth, lust and stupidity commonly profit far beyond humility, chastity, fortitude, justice and thought, and have to choose to be human at all . . . Why then perhaps we must stand fast a little . . .” (A Man for all Seasons, by Robert Bolt, Vintage Books, New York, 1962, p. 81)

This idea of standing fast reminds me of the daughters of Onita who were sacrificed by the priest of Ekenah:

“Now, this priest had offered upon this altar three virgins at one time, who were the daughters of Onita, one of the royal descent directly from the loins of Ham. These virgins were offered up because of their virtue; they would not bow down to worship gods of wood or of stone, therefore they were killed upon this altar, and it was done after the manner of the Egyptians” (Abraham 1:11).

We are always challenged by the world in which we live. Even the most careful planning will probably take us from time to time through places that are inherently unholy. Therefore, one of the most important of the holy places must be our hearts. If we are able to control access to our hearts, we can have holiness with us in almost every circumstance as did the daughters of Onita. In this war with Lucifer for our souls, this is where the greatest victory will be won:

“It is the conquest of the heart, the subjugation of the soul, the sanctifying of the flesh, the purifying and ennobling of the passions. Greater is he who subdues himself, who captures and maintains the citadel of his own soul, than he who, misnamed conqueror, fills the world with the roar of drums, the thunder of cannon, the lightning of swords and bayonets, overturns and sets up kingdoms, lives and reigns as king, yet wears to the grave the fetters of unbridled lust, and dies the slave of sin” (Orson F. Whitney, The Life of Heber C. Kimball (Salt Lake City: Bookcraft, 1945), 65–66).

Dwell in the physically clean holy places on the land parcels of Jacob or on the mountain lots of Ephraim. Obedience first.

These are on Zion's grounds. At obedience stand ye in your physically clean holy places.