What Does It Mean to Be “Born Again?” | Meridian Magazine 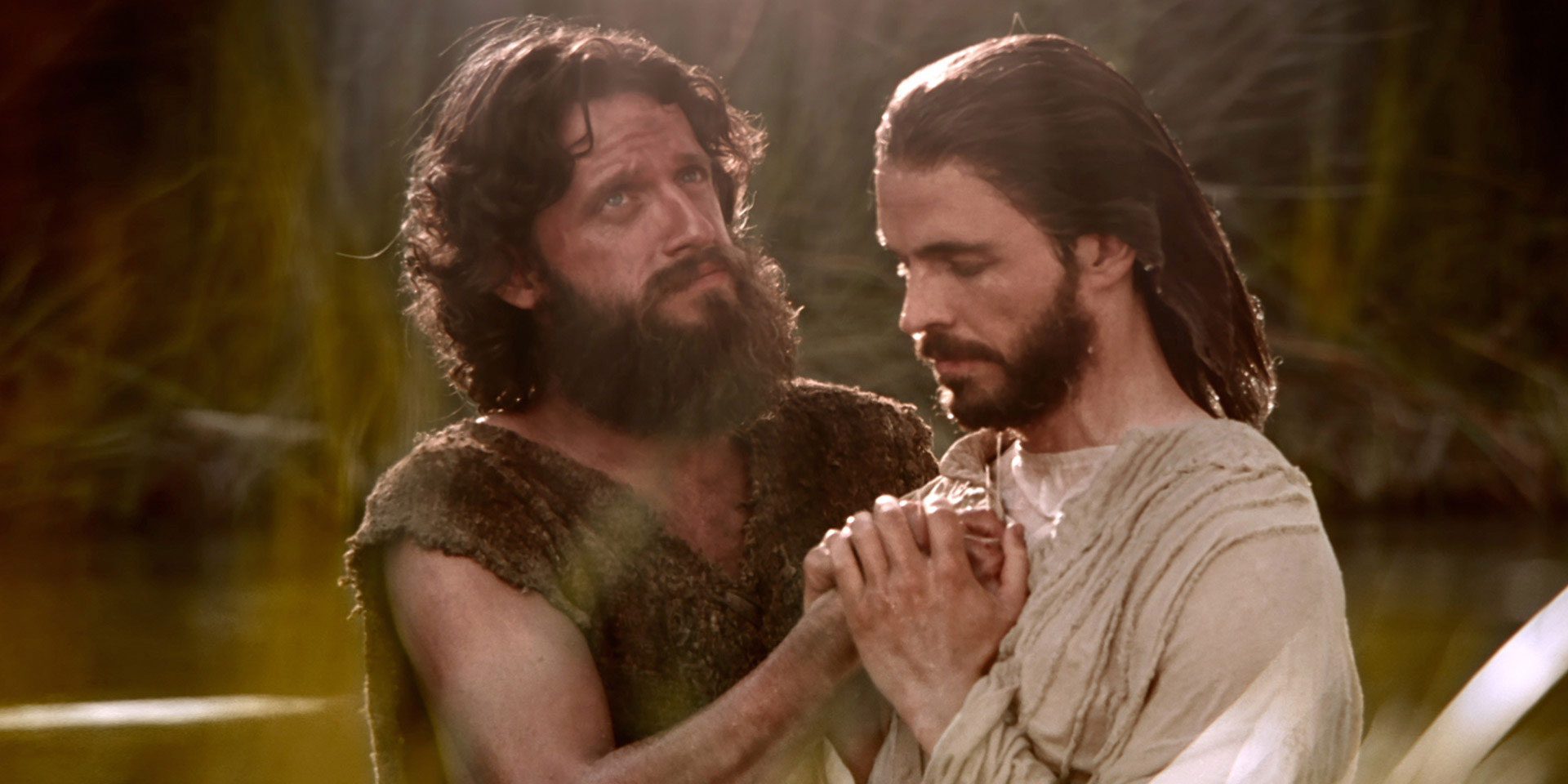 What Does It Mean to Be “Born Again?”

“And the Lord said unto me: Marvel not that all mankind, yea, men and women, all nations, kindreds, tongues and people, must be born again; yea, born of God, changed from their carnal and fallen state, to a state of righteousness, being redeemed of God, becoming his sons and daughters.” Mosiah 27:25

The need for Christ’s followers to be “born again,” as famously described in John 3:3, is one of the most well-known New Testament doctrines.1 It captures mankind’s universal need for spiritual transformation and offers hope that such transformation can come to all who seek it. Yet this doctrine has also become a matter of debate and controversy among some Christian believers. Thankfully, the Book of Mormon discusses being “born again” or “born of God” on a number of occasions. These relevant passages, when correlated with other scriptures and Latter-day revelations, offer vividly engaging examples and spiritually impressive explanations that clarify and deepen any reader’s understanding of what it means to be “born again.”2

One fascinating example comes from the story of Alma the Younger. After being rebuked by an angel, Alma fell into a weak and helpless condition where he could no longer speak and his limbs lost their strength. When Alma awoke from this state, he declared,

I have repented of my sins, and have been redeemed of the Lord; behold I am born of the Spirit. And the Lord said unto me: Marvel not that all mankind, yea, men and women, all nations, kindreds, tongues and people, must be born again; yea, born of God, changed from their carnal and fallen state, to a state of righteousness, being redeemed of God, becoming his sons and daughters; And thus they become new creatures; and unless they do this, they can in nowise inherit the kingdom of God. (Mosiah 27:24–26)3

Alma’s language hearkens back to King Benjamin’s famous speech where he declared to his people,

And now, because of the covenant which ye have made ye shall be called the children of Christ, his sons, and his daughters; for behold, this day he hath spiritually begotten you; for ye say that your hearts are changed through faith on his name; therefore, ye are born of him and have become his sons and his daughters. … I would that ye should take upon you the name of Christ, all you that have entered into the covenant with God that ye should be obedient unto the end of your lives. (Mosiah 5:7–8)4

Finally, when Alma was preaching to the people of Zarahemla, he asked them a number pointed questions concerning spiritual rebirth. Alma’s own harrowing experience with being spiritually reborn makes these questions especially insightful:

And now behold, I ask of you, my brethren of the church, have ye spiritually been born of God? Have ye received his image in your countenances? Have ye experienced this mighty change in your hearts? Do ye exercise faith in the redemption of him who created you? … I say unto you, can ye look up to God at that day with a pure heart and clean hands? (Alma 5:14–15, 19)5

Among the many important points that can be taken from these Book of Mormon passages are the following:

While the above passages don’t represent all that the Book of Mormon has to say about being born again, they give a good representation of its teachings on the subject. What should be clear is that, rather than being a singular event or occurrence, being born again is a process of spiritual rebirth and refinement.8 It begins with a sacred covenant or commitment to change our lives, which is formally entered into at baptism,9 and then it requires lasting faith, repentance, and spiritual purity on our part—in both actions and intent.10 In order to facilitate the process of spiritual refinement, the gift of the Holy Ghost is conferred (by the laying on of hands) upon all those who are baptized (see Moroni 2; 3 Nephi 19:20–22).

In response to our sincere and persistent efforts to exercise faith and repent, our hearts will be spiritually transformed through the power of Christ so that “we have no more disposition to do evil, but to do good continually” (Mosiah 5:2). As S. Michael Wilcox has noted, “Whenever the Book of Mormon speaks of being born again, the heart is the center of the altered state.”11 This internal transformation then acts as a precursor to a more eternal and permanent external transformation of our physical bodies, which will be facilitated through the power of Christ’s resurrection.12

This dual process of transformation, first spiritual and then physical,13 is aptly represented by the ordinance of baptism, which in various ways symbolizes birth, death, and resurrection.14 While baptism is indeed an event, the process of spiritual rebirth which it symbolically initiates is a lifelong endeavor.15 Although individuals may sometimes experience dramatic and rapid spiritual transformations, like the Apostle Paul and Alma the Younger did, they still must “be obedient unto the end of [their] lives” (Mosiah 5:8). Otherwise, the positive spiritual transformation which they experienced will be reversed. As Mormon warned, they will “become more hardened, and thus their state becomes worse than though they had never known [or experienced] these things” (Alma 24:30).16

With these principles in mind, readers may wonder where they stand personally in this process of spiritual rebirth. Elder Bruce R. McConkie taught that the answer can be found in the Book of Mormon:

While what we do outwardly is certainly important, the Book of Mormon demonstrates that what we become inwardly is of even greater significance.18 Eventually, as we truly come unto Christ, the inward transformation that we so desire will be permanently “engraven” upon us (Alma 5:19). We will “become new creatures” in Christ (Mosiah 27:26), who will “seal [us] his” through the infinite power of His Atonement and resurrection (Mosiah 5:15). Better than any other book of scripture, the Book of Mormon outlines this process of deep spiritual transformation, providing readers a clear path toward eternal life.

This KnoWhy was made possible by the generous support of The Welch Family Trust.

Brent L. Top, “Spiritual Rebirth: Have Ye Been Born of God?” in The Book of Mormon and the Message of The Four Gospels, ed. Ray L. Huntington and Terry B. Ball (Provo, UT: Religious Studies Center, Brigham Young University, 2001), 201–217.

4.See Book of Mormon Central, “Why Did King Benjamin Say That His People Would be Sons and Daughters at God’s Right Hand? (Mosiah 5:7),” KnoWhy 307 (May 1, 2017); Matthew L. Bowen, “Becoming Sons and Daughters at God’s Right Hand: King Benjamin’s Rhetorical Wordplay on His Own Name,” Journal of the Book of Mormon and Other Restoration Scripture 21, no. 2 (2012): 2–13; Robert L. Millet, “The Ministry of the Father and the Son,” in The Book of Mormon: The Keystone Scripture, ed. Paul R. Cheesman, S. Kent Brown, and Charles D. Tate, Jr. (Provo, UT: Religious Studies Center, Brigham Young University, 1988), 57–60.

6.Conversely, those who remain in their sins and never undergo spiritual rebirth are the “the children of the kingdom of the devil” (Alma 5:25; cf. Mosiah 5:10).

8.For commentary on the various Christian misunderstandings of the process of spiritual rebirth, see Robert L. Millet, “Joseph Smith Encounters Calvinism,” BYU Studies Quarterly 50, no. 4 (2011): 23–24: “When men and women sincerely nail their sins to the cross of Christ, their identity is changed and their nature is transformed. And yet, as major Christian writers have pointed out recently, too many professing Christians have walked an aisle, signed a card, prayed a prayer, and still not forsaken worldliness. They talk the talk but do not walk the walk: they do not live essentially any differently than people of the world. And why is this? The consensus among many of these recent Christian writers is that so much emphasis has been placed upon salvation as a free gift, upon the grace of Deity and the warning against legalistic obedience, that too little emphasis has been placed upon the discipleship associated with the Savior’s invitation: ‘If any man will come after me, let him deny himself, and take up his cross daily, and follow me’ (Luke 9:23), or: ‘If ye love me, keep my commandments’ (John 14:15). Salvation has been teased apart from discipleship. Conversion and rebirth have been separated from obedience. An unintended but inappropriate wall has been constructed between justification and sanctification.”

9.Brent L. Top has described baptism as the “Gateway to Spiritual Rebirth.” Brent L. Top, “Spiritual Rebirth: Have Ye Been Born of God?” in The Book of Mormon and the Message of The Four Gospels, ed. Ray L. Huntington and Terry B. Ball (Provo, UT: Religious Studies Center, Brigham Young University, 2001), 202.

10.See Elder D. Todd Christofferson, “Born Again,” Ensign, May 2008, online at lds.org: “You may ask, ‘Why doesn’t this mighty change happen more quickly with me?’ You should remember that the remarkable examples of King Benjamin’s people, Alma, and some others in scripture are just that—remarkable and not typical. For most of us, the changes are more gradual and occur over time. Being born again, unlike our physical birth, is more a process than an event. And engaging in that process is the central purpose of mortality.”

13.In a passage which explains this duality in all of God’s creations, the Lord declared “as the words have gone forth out of my mouth even so shall they be fulfilled, that the first shall be last, and that the last shall be first in all things whatsoever I have created by the word of my power, which is the power of my Spirit” (Doctrine and Covenants 29:30).