What Does it Mean to be a "White and Delightsome" People? | Meridian Magazine 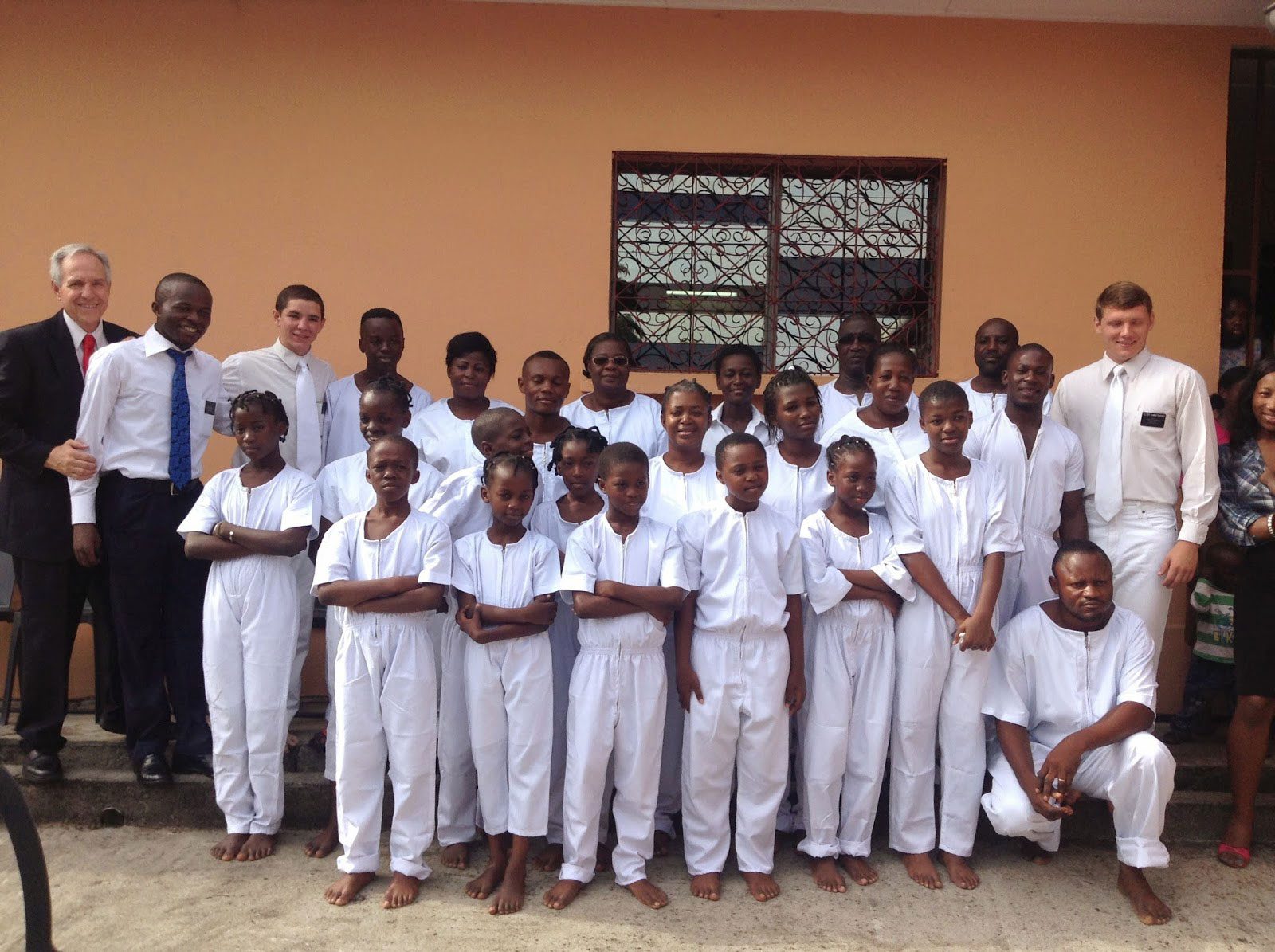 What Does it Mean to be a “White and Delightsome” People?

“Many generations shall not pass away among them, save they shall be a white and a delightsome people” (Book of Mormon, 1830 edition; cf. 2 Nephi 30:6).

In his prophecies of the last days, Nephi remarked that the Book of Mormon would be carried “forth unto the remnant of [his] seed.” Upon receiving the Book of Mormon and the gospel of Jesus Christ, the remnant of Nephi’s seed would “rejoice,” for then “they shall know that it is a blessing unto them from the hand of God; and their scales of darkness shall begin to fall from their eyes; and many generations shall not pass away among them, save they shall be a white and a delightsome people.”[1]

The Prophet Joseph Smith made an important textual emendation to this passage in the 1840 edition of the Book of Mormon, where the phrase “a white and a delightsome people” was changed to “a pure and a delightsome people.” According to Royal Skousen, “The 1840 change of white to pure seems to be a conscious one and was probably made by Joseph Smith as part of his editing for the 1840 edition. The change does not appear to be an accidental error based on any visual or phonetic resemblance between the two words.”[2]

This textual discrepancy understandably raises concerns for many readers. How could the Book of Mormon be inspired if it supposedly has what many assume to be “racist” teachings–––in this case that having white skin is somehow a sign of divine favor? To answer this question–––or to even see if this is the right question to ask–––we need to first try to understand the Nephite concept of “race” (assuming they even conceived of “race” similarly to how we do today) and then reflect on what we might learn from it to improve our own ethical and spiritual sensitivities.

First, it is critical to underscore the fact that modern sociologists, historians, and cultural anthropologists are coming to see “race” as being largely, if not solely, a social construct and not a biological feature. Many are no longer sure we have a clear definition of “race” anymore (if we ever did). Improved biological science (including advances in understanding human genetics and ancestry) and complicated cultural factors (international travel, cultural exchange, intermarriage, etc.) are largely erasing old racial categories.[4] Any discussion of “race” or “racism,” therefore, must be careful to define these and similar concepts.

It is understandable how some, without this nuanced understanding, could read the Book of Mormon as a text that portrays the Nephites as having what we today would deem “racist,” or more properly ethnocentric, attitudes towards non-Nephites. “Could the Nephites have been racist in their views of the Lamanites?” asked John A. Tvedtnes. “Perhaps, in the same sense that the biblical patriarchs were racist when it came to their pagan neighbors—the Hittites, the Canaanites, and the Amorites—and did not want their offspring to marry these unbelievers.”[5]

Brant A. Gardner remarked that “the Book of Mormon is, in fact, racist,” but quickly added that it is “not at all [‘racist’] in the usual sense of the term.”[6] Rather than being a form of modern racism that bases antipathy on a difference of skin color, Gardner reads Nephite “racism” as an ethnocentrism “along the insider/outsider boundary, not the white/dark boundary.”[7] Gardner concluded that “the ‘skin of blackness’ was certainly intended to be a pejorative term, but it was not a physical description.”[8]

It should not be overlooked that the Book of Mormon itself condemns this Nephite ethnocentrism. Jacob slammed Nephite ethnic pride when he declared, “Behold, the Lamanites your brethren, whom ye hate because of their filthiness and the cursing which hath come upon their skins, are more righteous than you. . . . Wherefore, a commandment I give unto you, which is the word of God, that ye revile no more against them because of the darkness of their skins” (Jacob 3:5, 9). Clear at the end of Nephite history, tribalism and ethnocentrism was eschewed, and portrayed as leading to hatred, wickedness, pride, vanity, and rejection of the Gospel of Jesus Christ (4 Nephi 1:38–43). Whatever ethnocentric attitudes the Nephites may have exhibited were thus condemned by the Book of Mormon prophets.

Why might Joseph Smith have made this textual change in 2 Nephi 30? Skousen elaborated that “the editing change to pure may represent a conscious attempt at avoiding what was perceived as a difficult reading (the Nephites were supposed to be light skinned), which therefore explains why the change from white to pure was made here–––and only here–––in 2 Nephi 30:6.”[9] In other words, Joseph Smith may have recognized the possible racial undertones in this passage if interpreted that way and ultimately wished to avoid them.

While it is certainly possible that this change reflected the racial attitudes of early members of the Church, who assumed many of the views of their 19th century environment,[10] Tvedtnes argued convincingly that the change may have occurred to emphasize that the text is speaking of a spiritual, not biological, condition. “Is the Prophet’s change from ‘white’ to ‘pure’ justified in the scriptural context?” he asked. “The answer is yes. The terms white and pure are used synonymously in Daniel 7:9, Revelation 15:6, and Doctrine and Covenants 110:3. They are also found together in a number of passages where they clearly refer to those who are purified and redeemed by Christ (Alma 5:24; 13:12; 32:42; Mormon 9:6; D&C 20:6).”[11]

Skousen likewise wrote that “when white collocates with pure, we find that the passages describe a state of righteous perfection (referring either to the righteous at the day of judgment, to the garments of the righteous at that day, or to the fruit of the tree of life). In most of these passages pure and white collocate with the word spotless; all of these adjectives emphasize [spiritual] purity and cleanliness.”[12] In scriptural terms, being “white” (or “pure”) and “delightsome” in the eyes of God has nothing to do with skin pigmentation or ethnicity, but rather with spiritual and moral uprightness or personal and collective holiness.

Alma the Younger, for example, testified that all whose “garments are washed white; yea [whose] garments [are] purified until they are cleansed from all stain, through the blood of him . . . who should come to redeem his people from their sins,” shall “have a place to sit down in the kingdom of God, with Abraham, with Isaac, and with Jacob, and also all the holy prophets, whose garments are cleansed and are spotless, pure and white” (Alma 5:21, 24).

Regardless of how past Church members and leaders or ancient prophets may have interpreted skin color, one thing is clear: “Today, the Church disavows the theories advanced in the past that black skin is a sign of divine disfavor or curse, or that it reflects unrighteous actions in a premortal life; that mixed-race m

arriages are a sin; or that blacks or people of any other race or ethnicity are inferior in any way to anyone else. Church leaders today unequivocally condemn all racism, past and present, in any form.”[13]

The Book of Mormon affirms that salvation through Christ is available to everyone. Skin color (as well as gender, ethnicity, economic status, or any other such conditions) does not bar one from finding the fullness of Heavenly Father’s blessings in this life and salvation in the life to come through abiding the laws, ordinances, and precepts of the Gospel of Jesus Christ. As Nephi affirmed, the Lord invites “all the children of men . . . to come unto him and partake of his goodness; and he denieth none that come unto him, black and white, bond and free, male and female.” He remembers all who ever have or ever may come unto Him, “both Jew and Gentile,” as “all are alike unto God” (2 Nephi 26:33).

“Race and the Priesthood,” online at https://www.lds.org/topics/race-and-the-priesthood?lang=eng.

[5] Tvedtnes, “The Charge of ‘Racism’ in the Book of Mormon,” 185. In looking at ancient ethnocentrism, the ancient Greeks come immediately to mind, who stereotyped non-city dwellers and non-Greek speakers as shaggy-haired brutes who babbled in an incoherent tongue. Thence our word “barbarian,” from the Greek onomatopoeia for the incomprehensible speech of foreigners. See Anthony Pagden, The Fall of Natural Man: The American Indian and the Origins of Comparative Ethnology (Cambridge: Cambridge University Press, 1982), 15–26.

[8] Gardner, Second Witness, 2:122; cf. Gardner, Second Witness, 2:119­–121; Tvedtnes, “The Charge of ‘Racism’ in the Book of Mormon,” 189–190. Another scholar has argued that the darkened “skins” of the Lamanites and the white “skins” of the Nephites may have had nothing to do with flesh pigmentation at all, and instead referred to garments or clothing. See Ethan Sproat, “Skins as Garments in the Book of Mormon: A Textual Exegesis,” Journal of Book of Mormon Studies 24 (2015): 138–165.

[9] Skousen, Analysis of Textual Variants of the Book of Mormon, 897.

[10] On this see Russell W. Stevenson, For the Cause of Righteousness: A Global History of Blacks and Mormonism, 1830–2013 (Salt Lake City: Greg Kofford Books, 2014), 3–36; W. Paul Reeve, Religion of a Different Color: Race and the Mormon Struggle for Whiteness (New York: Oxford University Press, 2015).

[12] Skousen, Analysis of Textual Variants of the Book of Mormon, 898.

[13] See “Race and the Priesthood,” online at https://www.lds.org/topics/race-and-the-priesthood?lang=eng. President Gordon B. Hinckley likewise admonished, “No man who makes disparaging remarks concerning those of another race can consider himself a true disciple of Christ. Nor can he consider himself to be in harmony with the teachings of the Church of Christ.” See Gordon B. Hinckley, “The Need for Greater Kindness,” online at https://www.lds.org/general-conference/2006/04/the-need-for-greater-kindness?lang=eng.

I have always interpreted it to mean full of light (followers of Christ) or full of darkness (followers of Lucifer) This works for me. I have witnessed this many times in people I know, no matter what the skin colour might be, when filled with the light of the gospel, they shine brightly... when they are living a life not in keeping with gospel standards, they have a dark shadow surrounding them.

It doesn't matter the color of the skin. There is a glow, a light in one's eyes and in the countenance of someone who is living or striving to live a Christlike life.