What Do We Learn About Ministering from the Account of Sherem? | Meridian Magazine 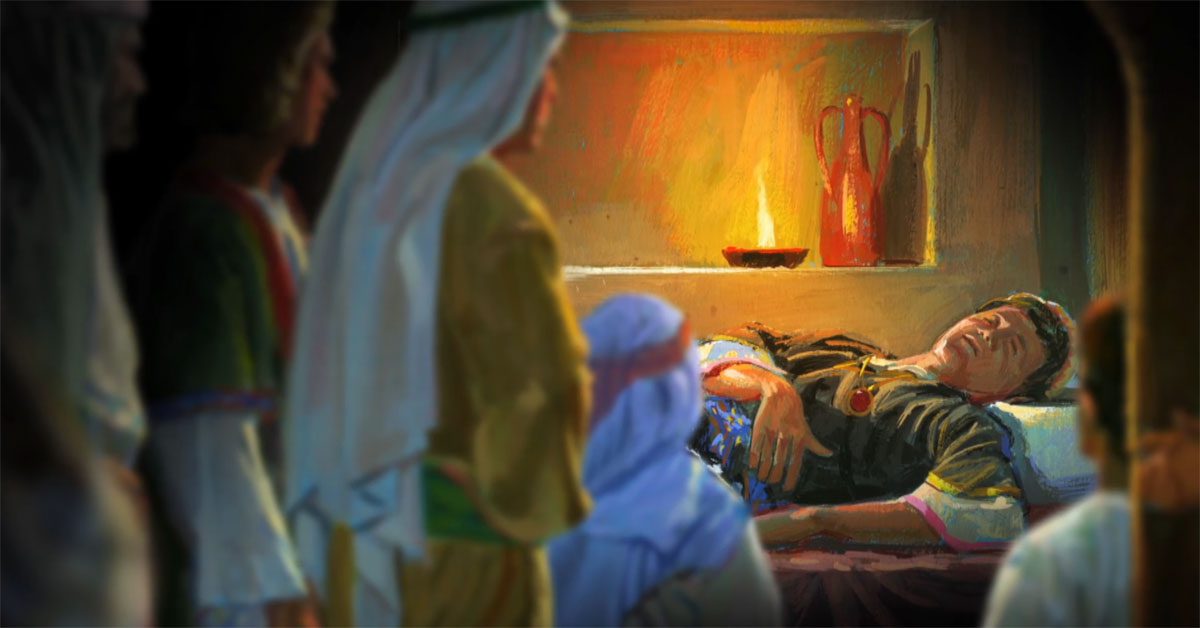 What Do We Learn About Ministering from the Account of Sherem?

“…And it came to pass that he was nourished for the space of many days.” Jacob 7:15

In the Book of Mormon, many individuals and groups rebelled against the Lord and His Church. Today, we label some of them as “antichrists.”1 The first of these “antichrists” encountered among the Nephites was a man known as Sherem.2Sherem was a traditionalist, who followed his own interpretation of the Law of Moses.3 Preferring the law as he understood it, he denied the gift and role of prophecy, wrested the scriptures to cast doubt on the prophesied coming of the Messiah, and demanded signs from those who claimed to speak for God (Jacob 7:7–9). As Jacob noted, he “use[d] much flattery…and power of speech” that he “might overthrow the doctrine of Christ…and lead away the hearts of the people” (Jacob 7:2–4).

Sherem sought to shake Jacob’s faith. He accused Jacob of not understanding the Law of Moses, and of committing the crimes of blasphemy, false prophesy, and leading the people astray (Jacob 7:7). His “ministry” among the Nephites, however, would be cut short. In his ultimate confrontation with the prophet Jacob in the city of Nephi, Sherem denied the divinity of Christ and demanded a sign “by the power of the Holy Ghost, in the which ye know so much” (Jacob 7:13). Jacob responded powerfully:

“And I said unto him: What am I that I should tempt God to show unto thee a sign in the thing which thou knowest to be true? Yet thou wilt deny it, because thou art of the devil. Nevertheless, not my will be done; but if God shall smite thee, let that be a sign unto thee that he has power, both in heaven and in earth; and also, that Christ shall come. And thy will, O Lord, be done, and not mine.” (Jacob 7:14)

As Jacob recorded, the “power of the Lord came upon [Sherem], insomuch that he fell to the earth” (Jacob 7:15). After a period of being nourished by people in the city of Nephi—likely together with sincere reflection—he called for the people to gather together around him, and he “denied the things which he had taught them, and confessed the Christ, and the power of the Holy Ghost, and the ministry of angels” (Jacob 7:17). He admitted that he had been deceived by the power of Satan, the adversary, and “fear[ed] lest I have committed the unpardonable sin” (Jacob 7:19). And with that, he “gave up the ghost” (Jacob 7:20). Thus, ended Sherem.

It appears that after Jacob had concluded his commentary on Zenos’s allegory in Jacob 6, he did not initially intend to write more. As Robert L. Millet noted, the prophet ended Jacob 6 with a goodbye to his readers, “Finally, I bid you farewell, until I shall meet you before the pleasing bar of God….” (Jacob 6:13). This would seem like an ending to his record. But Jacob soon felt that his subsequent experience with Sherem needed to be preserved and appended to his record.4 There may well be several legal and doctrinal reasons for this inclusion,5 and there may be other reasons as well.

For example, there are “Sherems” among us today.6 In an October 1981 General Conference address, Elder Carlos E. Asay spoke about the antichrists of the Book of Mormon:

When we read about the anti-Christs of former days, we … wonder why some of the people were so gullible—so easily misled. And … we tend to niche the anti-Christs in some corner of ancient history and go about our unguarded ways. This is dangerous. … Many are still among us and have released new floods of lies and false accusations. These faith-killers and testimony-thieves use personal contacts, the printed word, electronic media, and other means of communication to sow doubts and to disturb the peace of true believers.7

While sobering, the Book of Mormon provides an antidote to these sophistries. Jacob reminded readers of the most powerful defense that the Saints have against those who would rattle them. When Sherem sought to shake his faith, Jacob remembered his own experiences. “I had heard the voice of the Lord speaking unto me in very word…wherefore, I could not be shaken” (Jacob 7:5). Moreover, after Sherem’s death, it was by searching the scriptures that “peace and the love of God was restored again among the people” (Jacob 7:23).

Jacob’s account shows how personal revelation and a sound knowledge of the scriptures, diligently sought, can nourish us and prepare us for unexpected times of doubt and adversity. They help us recognize the deceptions of the adversary. Just as Jacob’s testimony grounded him, so our personal testimonies of the Savior—nourished by study of the scriptures and supplemented by “the best books” (D&C 118:88)—keep us grounded today.

Jacob mentions that after Sherem “fell to the earth,” he was “nourished for the space of many days.” (Jacob 7:15). We may wonder who cared for him during that time. Was it Jacob or others among the Nephites? In addition to feeding him and attending to his physical needs, one may wonder if they also nourished him spiritually, teaching him the scriptures and doctrines that he had misunderstood (Jacob 7:10). After many days, Sherem could tell he was not recovering. He asked the people to gather so that he could speak to them before he died (Jacob 7:16), and there he publicly confessed the error of his ways. Sherem’s confession was “complete” and “sincere.”8

We should never give up on friends or loved ones who may have been caught in the worldly wake of false doctrine and sophistry. The Savior counseled the Nephites concerning those who have strayed: “Nevertheless, ye shall not cast [them] out of your synagogues, or your places of worship, for unto such shall ye continue to minister; for ye know not but what they will return and repent, and come unto me with full purpose of heart, and I shall heal them; and ye shall be the means of bringing salvation unto them” (3 Nephi 18:32).

We often find that we can still minister to those who may have difficulty coming to an understanding of the truth. Just as the people of Nephi nourished Sherem, we can rescue people around us by ministering to them. Our love, selfless service, and example can make a difference in helping to restore peace and the love of God among our communities.

1.It should be noted that only Korihor is specifically referred to as “Anti-Christ” in the Book of Mormon (Alma 30:6). The Latter-day Saint definition of “antichrist” is someone who knowingly “den[ies] the divinity of Jesus Christ or essential parts of his gospel.” Such individuals “actively oppose the followers of Christ” and “seek to destroy their faith.” For the praise of the world and to get gain, they gather followers who will support them in their wickedness, both financially and ideologically. See Russell M. Frandsen, “Antichrists,” in Encyclopedia of Mormonism, 4 vols., ed. Daniel H. Ludlow (New York, NY: Macmillan, 1992), 1:44–45.

2.Some scholars have argued that Sherem was probably not a Lehite by drawing attention to the way Sherem is introduced in Jacob’s record: “[T]here came a man” who “had a perfect knowledge of the language of the people” (Jacob 7:1–3). The mention of Sherem’s language skills, only a generation after their arrival in the Promised Land, would be puzzling if he were a descendent of Lehi. In addition, it appears that Sherem did not personally know Jacob, one of the progenitors of the Nephite people (Jacob 7:6)—another abnormality if he were a descendent of Lehi. Regardless of his origins, Sherem’s methods were similar to the others who would follow him. See John L. Sorenson, “When Lehi’s Party Arrived in the Land, Did they Find Others There?” Journal of Book of Mormon Studies 1, no.1 (1992): 4; Kevin Christensen, “The Deuteronomist De-Christianizing of Old Testament,” FARMS Review 16, no. 2 (2004): 86–88.

6.Of such, the prophet Joseph Smith said, “That man who rises up to condemn others, finding fault with the Church, saying they are out of the way, while he himself is righteous, then … assuredly that man is in the high road to apostasy; and if he does not repent, will apostatize, as God lives.” See Teachings of the Prophet Joseph Smith, 156–157, 193, in Millet, “Sherem the Anti-Christ,” 178.