What Do the Scriptures Say About Our Heavenly Mother? « Meridian Magazine 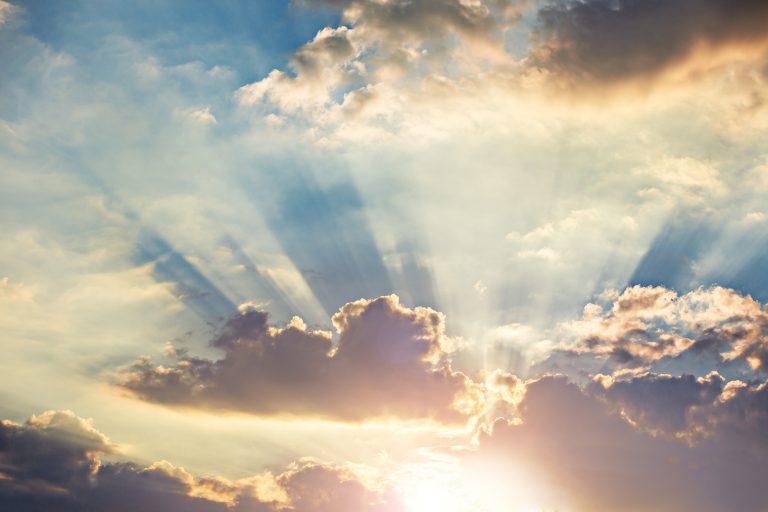 What Do the Scriptures Say About Our Heavenly Mother?

One of the most unique and beautiful doctrines of the Restoration is the truth that we have a Mother in Heaven. Although we don’t yet know as much as we would like to know about her, we are blessed to have a knowledge of her existence and a basic understanding of her divine nature and essential role in the Plan of Salvation. As we faithfully study what has been revealed about her, the Spirit will confirm to each of us the knowledge we sing about in our hymn, that in heaven “I’ve a mother there” (Hymn 292).

In October 2015, The Church of Jesus Christ of Latter-day Saints published an official essay surveying the history and summarizing the doctrine regarding our Mother in Heaven. This was exciting because, although it was a doctrine that had been believed and discussed since the days of Joseph Smith, it had never been summarized in an official statement before. This essay showed that it was not a speculative or fringe doctrine that we should avoid but a doctrine meant to be understood and believed by the mainstream of the Church. While the official essay chronicles many of the key statements by church leaders, the purpose of this article is to show what the scriptures say on this important doctrinal topic.

One scriptural source we can turn to for information about our Heavenly Mother is the book of Abraham. Critics of that book try to attack its divine origin by questioning Joseph Smith’s inspired translation, but as Jesus Christ explained “ye shall know them by their fruits” (Matt. 7:16). What this means for the Book of Abraham is that the greatest evidence that it is an inspired book of scripture is not found in arguments about its historical origins, but in the many divine truths it reveals. Among these many truths is the beautiful and inspired doctrine of our Heavenly Mother.

The book of Abraham adds to our understanding of our Heavenly Mother by revealing her role in the creation. In the book of Genesis, our knowledge of who participated in the creation is limited to the classic introductory verse: “In the beginning God created the heavens and the earth” (Gen. 1:1). The book of Moses adds to this by revealing that God sent His Only Begotten Son, Jesus Christ to perform the work of creation (Moses 2:1).

But the book of Abraham reveals even more by explaining that Jesus Christ did not work alone, but was assisted by “the Gods” (Abr. 4:1). In the previous chapter, “the Gods” are identified as “the noble and great ones” (Abr. 3:22), whom Jesus Christ invited to assist him in the creation. “We will go down,” said Jesus to these valiant pre-mortal spirit children of God, “for there is space there, and we will take of these materials, and we will make an earth whereon these [spirit children of God] may dwell” (Abr. 3:24). Presumably they are called “Gods” because they have inherited that title as the children of God.

Jesus Christ and these noble and great spirits were sent by our Heavenly Father to create the earth and everything on it. Everything, that is, except man. As Elder Bruce R. McConkie has explained, Heavenly Father “used the Son and others to perform many of the creative acts, delegating to them his creative powers … But there are two creative events that are his and his alone. First, he is the Father of all spirits, Christ’s included; none were fathered or created by anyone else. Second, he is the Creator of the physical body of man. Though Jehovah and Michael and many of the noble and great ones played their assigned roles in the various creative events, yet when it came time to place man on earth, the Lord God himself performed the creative acts” (A New Witness for the Articles of Faith p. 63).

Interestingly however, when the book of Abraham describes the creation of man it states that “the Gods went down to organize man in their own image, in the image of the Gods to form they him, male and female to form they them” (Abr 4:27, emphasis added). If Jesus Christ and the noble and great ones did not assist Heavenly Father in the creation of man, then why does it say “the Gods” rather than simply God? Who was the other God that created us with our Heavenly Father? When we understand the doctrine of Heavenly Parents, the answer is clear. This verse is one of the few scriptural references of our Heavenly Mother and it shows that she, along with our Heavenly Father, is our creator. Our Heavenly Father and Heavenly Mother, “the Gods” as they are called in this verse, joined together to create all of us as spirits, and again to create the physical bodies of Adam and Eve.

This interpretation is confirmed by an official statement by the First Presidency, which states that “all men and women are in the similitude of the universal Father and Mother, and are literally the sons and daughters of Deity. ‘God created man in His own image.’ This is just as true of the spirit as it is of the body” (The Origin of Man, 1909 republished in February 2002 Ensign). This is also supported by the Family Proclamation, which states that, “All human beings—male and female—are created in the image of God. Each is a spirit son or daughter of heavenly parents, and, as such, each has a divine nature and destiny” (The Family: A Proclamation to the World, republished in Nov. 2010 Ensign).

Understanding that mankind was created as the literal children of Heavenly Parents helps us understand an important verse in the next chapter of Abraham that also refers to our Heavenly Mother. Like the accounts of creation found in Genesis and Moses, the book of Abraham first gives a general overview of the creative periods followed by a more detailed explanation of these events in the following chapter. It is in this inspired scriptural commentary that we read that “the Gods” (still referring our Heavenly Father and Mother) not only created the bodies of Adam and Eve, but later sealed them in eternal marriage (Abr. 5:7,14; Joseph Fielding Smith, Doctrines of Salvation 2:71). It was after being sealed to Eve that Adam observed that “a man [shall] leave his father and his mother, and shall cleave unto his wife, and they shall be one flesh” (Abr. 5:18).

Some wonder why we do not know more about our Mother in Heaven. I have heard well-intentioned Church members offer their own reasons for why they think this is, suggesting that it is to protect her. But this is speculation and there is a danger in speculation. As Elder Dallin H. Oaks has explained, “If you read the scriptures with this question in mind, ‘Why did the Lord command this or why did he command that,’ you find that in less than one in a hundred commands was any reason given. It’s not the pattern of the Lord to give reasons. We [mortals] can put reasons to … commandments. When we do, we’re on our own. Some people put reasons to [some questions of the past], and they turned out to be spectacularly wrong” (Life’s Lessons Learned, p. 68-69).

It is wise to “wait upon the Lord” and let him answer the unanswered questions in his own time. Meanwhile, we should continue to trust in Him, recognizing that as he has told us “my thoughts are not your thoughts, neither are your ways my ways” (Isaiah 55:8).

A few years ago, I was preparing a lesson on our unique view of the Godhead and how it differs from the doctrines of other Christian churches (see Elder Jeffrey R. Holland, Ensign Nov. 2007). As I was doing some research, I found a website sponsored by another church which described their doctrine about God. In describing the creation, this website explained why they believed mankind could not literally be created in the image of God. Their reasoning for this I found very interesting. Paraphrasing it as well as I can remember, they explained that “being created in the image of God must be interpreted as being figurative, not literal. We cannot literally look like God, because the Bible says that God created male and female in his image. The only way for men and women to both be in the image of God is if there were both a male and female God who created them and that is just heresy.” I was impressed by the line of reasoning but saddened by the ultimate conclusion.

We are the children of Heavenly Parents and we are created in their image. We can one day return to them and even become like them. While some might call this heresy, we consider it to be among the most sacred and beautiful doctrines ever revealed. “In the heavens are parents single? No the thought makes reason stare, Truth is reason, truth eternal tells me I’ve a mother there” (Hymn 292).

Here is another related scripture: 1 Nephi 11:18 The angel said unto Nephi: 'The virgin whom thou seest is the mother of the Son of God, after the manner of the flesh.'