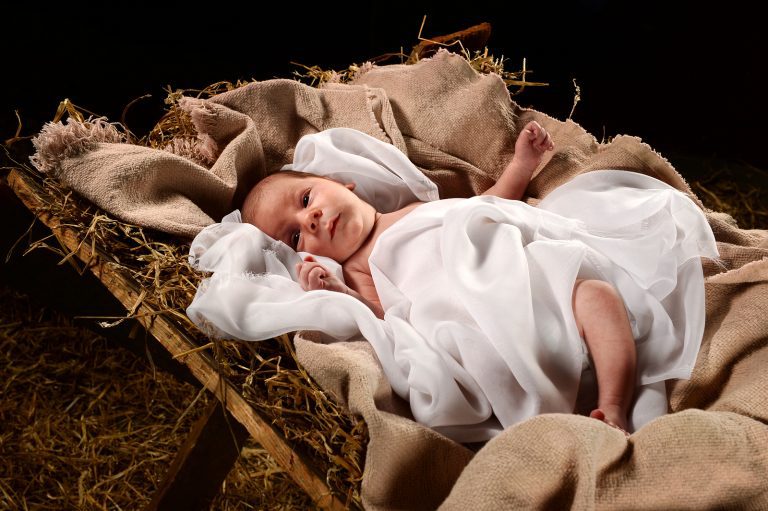 What do Mormons Believe about the Birth of Christ?

There are many different views about Jesus, whose birth we celebrate this Christmas season. Many in the world consider him to be a prophet, or a moral teacher, or a revolutionary. Others think he was merely a myth, or a legend, or a fraud. But what many of these views have in common is that they start with the premise that, whatever he was, he was just a man –the son of two mortal parents. But if we are to understand who Jesus truly was and what he really accomplished, we must start by understanding his unique mortal birth.

“What think ye of Christ? whose son is he?” (Matt. 22:42). This was the question Jesus posed in his day and it is a question we must still answer in our day. As members of The Church of Jesus Christ of Latter-day Saints, we believe that the answer to this question is simple yet profound. Like the Apostle Peter, we testify that Jesus is “the Christ, the Son of the living God” (Matt. 16:16). In other words, he is the Only Begotten Son of God.

The Only Begotten Son of God

As I have taught this doctrine to seminary students, it is often met with some confusion. Many of my students don’t understand why we would call Jesus the “Only Begotten Son of God” because we are all the children of God. As a result, they don’t always grasp what makes the birth of Jesus Christ unique and different from our own.

When we speak of ourselves being the children of God, we mean that we are all spirit children of God. In other words, in the premortal world each of us was begotten and born as a spirit child of our Heavenly Parents (The Family: A Proclamation to the World). In this sense, our birth was no different from Jesus’s birth because he was also a spirit child of God and was the Firstborn (DC 93:21).

This unique birth is sometimes referred to as the “divine sonship” of Jesus Christ and is not figurative or symbolic, but literal and actual. As President Ezra Taft Benson powerfully proclaimed, “I am bold to say to you … Jesus Christ is the Son of God in the most literal sense. The body in which He performed His mission in the flesh was sired by that same Holy Being we worship as God, our Eternal Father. He was not the son of Joseph, nor was He begotten by the Holy Ghost. He is the Son of the Eternal Father!” (Ensign, Dec. 2001).

We do not know the details of how this miracle birth took place. All that the scriptures reverently reveal is what the angel Gabriel told Mary, “The Holy Ghost shall come upon thee, and the power of the Highest shall overshadow thee: therefore that holy thing which shall be born of thee shall be called the Son of God … For with God nothing shall be impossible” (Luke 1:35-37). Although some have gone beyond the scriptures and given their own opinion of what they think took place, these statements do not represent the official doctrine of the Church. In teaching and describing this sacred subject, we must remember what President Ezra Taft Benson made clear, that “His mortal mother, Mary, was called a virgin, both before and after she gave birth (See 1 Nephi 11:20)” (Ensign, March 1986, emphasis added).

Born to be the Savior

The significance of Christ being the Only Begotten Son of God can only be appreciated when we understand what it allowed him to do. It is because of his divine birth that Christ had power to perform the Atonement. As the True to the Faith manual explains, “Only He had power to lay down His life and take it up again. From His mortal mother, Mary, He inherited the ability to die. From His immortal Father, He inherited the power to overcome death” (True to the Faith: Atonement). That is, because of Christ’s unique birth, he inherited the powers of both mortality and immortality, allowing him to both die and also to resurrect. This means that it is because he was the Son of God that he could be our Savior.

Jesus Christ himself explained this concept. He taught, “Therefore doth the Father love me, because I lay down my life, that I may take it again. No man taketh it from me, but I lay it down of myself. I have power to lay it down, and I have power to take it again. This commandment [i.e. power] have I received of my Father” (John 10:17-18). Technically speaking, nothing could take Christ’s life. The Atonement was a voluntary sacrifice. Christ intentionally laid down his life in death so he could take it up again in a glorious resurrection.

Understanding this makes one of his last statements on the cross more meaningful. Just before he died, the scriptures record that “when Jesus cried with a loud voice, he said, Father, into thy hands I commend my sprit: and having said thus, he gave up the ghost” (Luke 23:46). To “commend” means to send and to “give up the ghost” means to die by having your spirit leave your body. When Jesus died it was unlike any other death in history. He literally commanded his spirit to leave his body. Three days later he commanded his spirit to return to his body and take it up again in the resurrection. This power over death he inherited as the divine and immortal Son of God in the flesh, as his resurrection proved (Rom. 1:4).

The Book of Mormon: Another Testament of Jesus Christ’s Birth

But the Book of Mormon and other latter-day scripture does more than confirm the doctrine of Christ’s divine birth, it also explains how it relates to the Atonement and expands our understanding beyond the Bible. For example, the Book of Mormon makes it clear that being the Son of God not only gave Jesus Christ power over physical death, but also the power to suffer spiritual death for the sins of mankind. King Benjamin explained that “he shall suffer temptations, and pain of body, hunger, thirst, and fatigue, even more than man can suffer, except it be unto death” (Mosiah 3:7). He could suffer “more than man can suffer” in his Atonement because he was more than a man. What made him more than a man was explained next by King Benjamin when he declared, “he shall be called Jesus Christ, the Son of God … and his mother shall be called Mary” (Mosiah 3:8).

Alma taught a similar message, explaining that Mary would be a “virgin, a precious and chosen vessel, who shall be overshadowed and conceive by the power of the Holy Ghost, and bring forth a son, yea, even the Son of God. And he shall go forth [and]… take upon him the pains and the sicknesses … and the sins of his people (Alma 7:10-13). The sequence of this instruction implies that Christ had the strength and power to take upon himself our sins and pains in the Atonement because of his divine birth as the Son of God.

President Gordon B. Hinckley memorably taught that “There would be no Christmas if there had not been Easter” (Ensign Dec. 2000). This statement is true, but the opposite statement is also true. There would be no Easter if there were no Christmas. The power to conquer death and come forth from the empty tomb, which Jesus did that Easter Sunday, was made possible because of that Christmas birth. As the divine Son of God, the Only Begotten in the flesh, Jesus had power over death, power to atone, power to sacrifice, and power to save. Easter is the fruit that springs from Christmas.

That is what we as members of The Church of Jesus Christ of Latter-day Saints celebrate this Christmas season. It is more than a happy holiday, more than spending time with family and friends, more than gifts under the tree. It is more because He was more. More than a man, Jesus Christ was the Son of God, born to be our Savior. As we gather together and exchange presents this season may we always remember the first and greatest of all Christmas gifts: “For God so loved the world, that he gave his only begotten Son, that whosoever believeth in him should not perish, but have everlasting life” (John 3:16, emphasis added). As the Book of Mormon reminds us, “Remember that every good gift cometh of Christ” (Moroni 10:18).

He took upon him our sins. I don't know what that did too him, but it might very well mean that he for a moment also suffered spirituel death, We have no doctrine stating when Christ was born. It might have been this time of year, it might have been spring time, summer or fall, we simply don't know.

He was perfect, otherwise he would cease to be Christ, thus he did not did a spiritual death. You don't have to sin to have empathy or understanding. For some reason many do not grasp this knowledge even though it is simple. Second, I would like to add that Catholics believe he was born at Christmas time, but those of the lds faith do not, so technically it was not a "Christmas birth". Anyway, beautiful message. Thanks for writing.