What Counts as Chiasmus? | Meridian Magazine 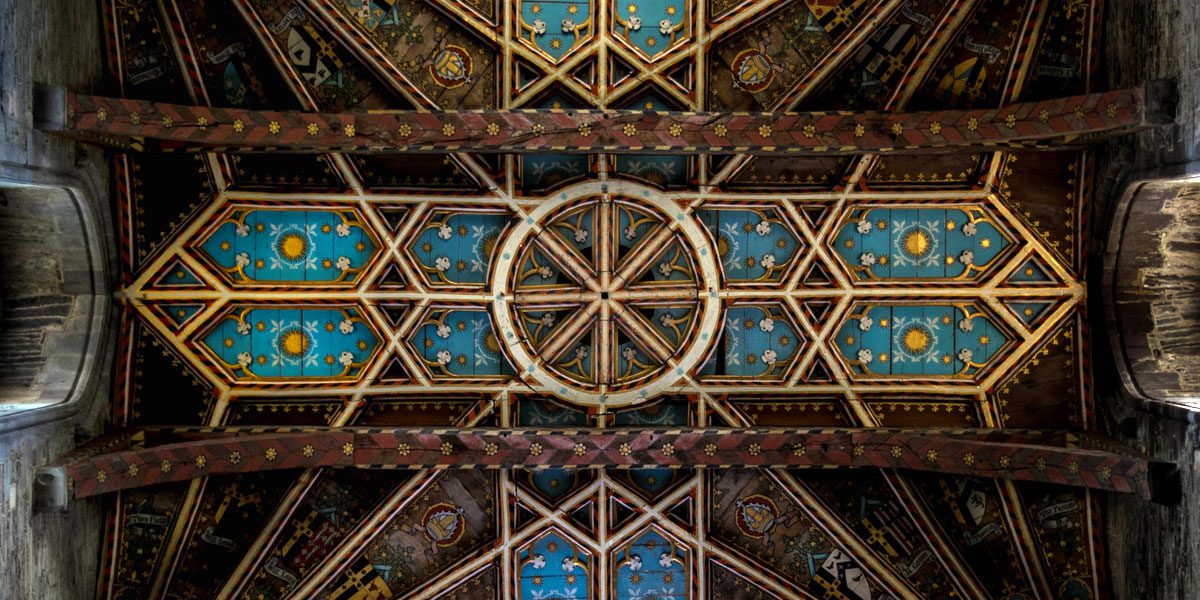 What Counts as Chiasmus?

“For the things which some men esteem to be of great worth … others set at naught.”
1 Nephi 19:7

Since 1969, when John W. Welch published the first study of chiasmus in the Book of Mormon,[1] hundreds of additional Book of Mormon chiasms have been proposed.[2] Furthermore, the discussion in Mormon circles has extended beyond the Book of Mormon to the Bible, Doctrine and Covenants, the Pearl of Great Price, Joseph Smith’s personal writings, Dr. Seuss, dull computer manuals, and even General Authority Facebook posts.

In the last fifty years, academics in many fields around the world have found, or proposed to find, chiasms in ancient Ugaritic, Hebrew, Aramaic, Greek, Latin, and Mesoamerican writings, as well as in Medieval, Renaissance, Arabian, Hindu, and Modern literatures, including Shakespeare, Montaigne, and beyond.[3]

Some Latter-day Saints and others as well have overzealously engaged in chiasmania—seeing chiasmus everywhere in inspired writings.[4] Critics, meanwhile, have sought to prove chiasmus is merely a chance occurrence in the Book of Mormon and anywhere else by proposing its presence in the unlikeliest of places.[5] The unconstrained hunt for chiasms on all sides attests to the need for reliable criteria for sifting deliberate chiastic patterns designed by authors from happenstance patterns invented by imaginative readers.

Based on the several lists of criteria conveniently compared there, the most widely agreed upon standards are: (1) chiasms should conform to natural literary boundaries; (2) a climax or turning point should be found at the center; (3) these inverted patterns should display a relatively well-balanced symmetry; (4) their structure should be based on major keywords; (5) they should manifest little, if any, extraneous repetition or divergent materials; and (6) the chiastic order should typically not compete with other strong literary forms in the same passage.

Over twenty years ago, John W. Welch published an essay advancing 15 criteria for evaluating the strengths and weaknesses of proposed chiasms (see chart below).[8] Welch explained, “A burden of persuasion rests on any person describing a passage as chiastic.” The persuasiveness of any proposal, Welch added, “can be judged most securely on the basis of specific criteria.”[9] In the intervening years since his original 1969 publication, Welch has become well-known as an authority on chiasmus, and his criteria have been taken seriously by scholars using chiasmus to evaluate ancient and other writings.[10]

The use of these criteria “assist[s] in appraising and appreciating the noteworthy characteristics” of a passage and “can assist in establishing a presumption of intent.”[11] Nonetheless, evaluation of chiastic passages—like any other type of literary criticism—necessarily remains an interpretive exercise. Hence, rather than advancing absolute, final judgments, those proposing chiastic features in a text should best recognize that all “chiastic passages manifest varying degrees of chiasticity,” with expressly stated criteria being the “basis on which the degree of chiasticity in a given passage may be assessed.”[12]

Some mathematicians and computer scientists have very helpfully sought to reduce or assess the role of reader subjectivity by using statistical methods to evaluate chiastic patterns.[13] These methods are able to determine that some proposed chiastic patterns were very likely created deliberately, but they cannot prove if others which statistically could have happened by chance, did happen by chance.[14] As such, statistical probabilities are best used together with additional criteria to evaluate the merits of any proposed chiasm.[15]

The presence of complex chiasms in any text can be very meaningful, interesting, and probative in many ways and for a host of reasons.[16] Chiasmus can provide powerful evidence that a text is complicated, organized, meaningful, and beautiful. Before one can decide what chiasmus in any text proves, however, one must first decide what counts as a chiasm. As John W. Welch concluded, “Many proposed chiasms are impressive and interesting; others appear to be contrived or unremarkable.”[17]

In the case of the Book of Mormon, chiasmus can add impressive evidence that its underlying texts manifest subtle features that are consistent with ancient writings—but only when the proposed chiasms are identified through judicious and principled textual analysis. Fortunately, many proposed Book of Mormon chiasms measure up well against even the strictest sets of criteria, and for this reason chiasmus in the Book of Mormon has been intriguing and useful to many of its readers and interpreters.

Welch and others have amply demonstrated the presence of a number of legitimate chiasms in the Book of Mormon.[18] Furthermore, the statistical analysis of Edwards and Edwards demonstrated that the chiasms in Alma 36, Mosiah 3:18–19, Mosiah 5:10–12, and Helaman 9:6–11 were very likely created deliberately, and thus “support the hypothesis that chiasmus appeared by design in the Book of Mormon.”[19]

The Edwardses analysis provides “very strong evidence that the authors of these chiasms knew about the chiastic form and applied it deliberately in composing them.”[20] More recently, Dennis Newton has applied the same statistical technique to 15 chiasms in 1 and 2 Nephi, finding “there is strong likelihood that nine of these were composed intentionally and that it is probable that another three were intentional.”[21]

Meanwhile, none of the proposed chiasms from Joseph Smith’s personal writings, the Doctrine and Covenants, Dr. Seuss, or computer manuals measure up well to either the more interpretive criteria or statistical analysis.[22]

Ultimately, the presence and value of chiasmus in the Book of Mormon has to be judged on a case-by-case basis and will always remain somewhat in the eye of the beholder. Inevitably, “the things which some men esteem to be of great worth … others set at naught” (1 Nephi 19:7). In forthcoming KnoWhys, some of the very best chiasms in the Book of Mormon will be discussed and appreciated.[23] You are invited to utilize the criteria discussed here to reach your own conclusions about the value that these chiasms add to your own study and application of the writings and teachings in the Book of Mormon.

[4] See, for example, the various posts at latterdaychiasmus.com.

[5] See, for example, Brent Lee Metcalfe, “Apologetic and Critical Assumptions about Book of Mormon Historicity,” Dialogue: A Journal of Mormon Thought 26, no. 3 (1993): 162–171. For a response to Metcalfe, see William J. Hamblin, “An Apologist for the Critics: Brent Lee Metcalfe’s Assumptions and Methodologies,” Review of Books on the Book of Mormon, 6, no. 1 (1994): 493–499. For a wide-ranging collection of discussions about the phenomenon of chiasmus in general, see Boris Wiseman and Anthony Paul, ed., Chiasmus and Culture (New York, NY: Berghahn Books, 2014).

[6] Scholars have been trying to establish criteria identifying chiasmus since 1942. See Nils W. Lund, Chiasmus in the New Testament (Chapel Hill, NC: University of North Carolina Press, 1942), 40–41. Biblical scholar Craig Blomberg lamented, in 1989, “Today, parts of almost every book in Scripture have been outlined chiastically, with many of the proposals straining all bounds of credulity.” Craig Blomberg, “The Structure of 2 Corinthians 1–7,” Criswell Theological Review 4, no. 1 (1989): 4–5; Blomberg outlines his own proposed criteria on pp. 5–7.

[9] Welch, “Criteria for Identifying and Evaluating the Presence of Chiasmus,” 3.

[11] Welch, “Criteria for Identifying and Evaluating the Presence of Chiasmus,” 3, 11.

[12] Welch, “Criteria for Identifying and Evaluating the Presence of Chiasmus,” 14, 3.

[14] Edwards and Edwards, “Does Chiasmus Appear,” 109: “Though a moderate or a large value of P for a passage implies that its chiastic structure could easily be replicated by random rearrangements, this does not imply that chiastic structure is likely to have been unintentional on the part of the author. Moderate and large values of P say absolutely nothing about intentionality. The author of a passage with a moderate or large value of P may well have intentionally invoked the chiastic form in composing the passage, but such a value simply provides no evidence that she did, nor does it provide evidence that she did not.” Edwards and Edwards, “When are Chiasms Admissible,” 141, 154: “Some chiasms with P > 0.05 have literary value and might well have appeared by design. … Failing our statistical admissibility test does not mean that a chiasm was not intentional. For such chiasms, other compensating merits and other analytical approaches, such as Welch’s fifteen criteria, can be considered in reaching a judgment about intentionality.” Newton, “Nephi’s Use of Inverted Parallels,” 88: “this does not mean the lower probability candidates were not written intentionally.” This is inherent in statistical reasoning, which is why a p-value < 0.05 yields the conclusion to “reject the null-hypothesis” (that X occurs by random chance), but a p-value > 0.05 only leads to the conclusion “fail to reject the null-hypothesis” rather than simply accepting the null-hypothesis.

[15] For an attempt to employ statistical methods in conjunction with additional criteria, see Newton, “Nephi’s Use of Inverted Parallels,” 79–106.

[17] Welch, “Criteria for Identifying and Evaluating the Presence of Chiasmus,” 13.

[22] On the statistical analysis, see Edwards and Edwards, “Does Chiasmus Appear,” 103–130; Edwards and Edwards, “When are Chiasms Admissible,” 131–154; Boyd F. Edwards and W. Farrell Edwards, “Does Joseph’s Letter to Emma of 4 November 1838 Show that He Knew about Chiasmus?” Dialogue Paperless #4 (2006). As far as the interpretive criteria, readers are welcome to review the examples tested statistically by the Edwardses and consider them in light of the criteria Welch or other scholars have laid out. It is our experience that they generally don’t measure-up.