What Can Readers Learn from Lamanite Traditions? | Meridian Magazine 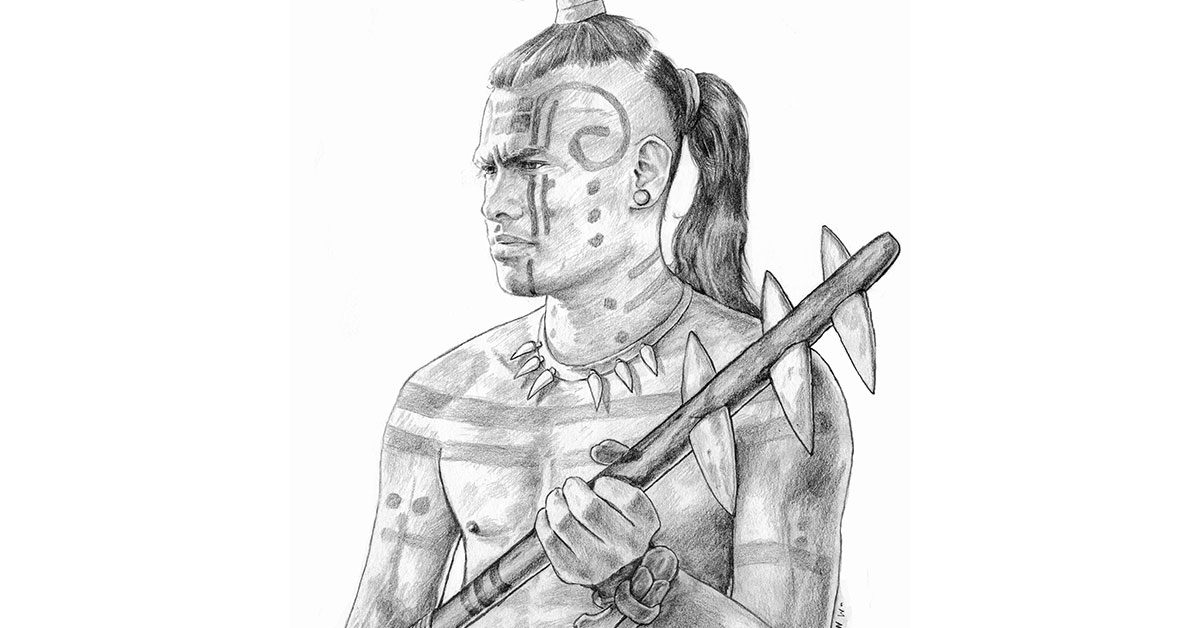 What Can Readers Learn from Lamanite Traditions?

“Believing in the tradition of their fathers, which is this—Believing that they were driven out of the land of Jerusalem because of the iniquities of their fathers, and that they were wronged in the wilderness by their brethren, and they were also wronged while crossing the sea; And again, that they were wronged while in the land of their first inheritance, after they had crossed the sea … because they said that he had taken the ruling of the people out of their hands … [and] because he departed into the wilderness … and took the records which were engraven on the plates of brass, for they said that he robbed them.” Mosiah 10:12–16

As readers encounter the often bloody battles between the Nephites and Lamanites, it can be hard to understand what factors drove these two peoples into such frequent conflict, culminating in the entire demise of the Nephite nation. Each war between these groups likely had its own immediate causes within its historical, cultural, political, and economic context.1 At its core, however, the persistent and on-going warfare was driven by overarching ideological differences between the Nephites and Lamanites, going all the way back to their conflicting views of their shared origin stories.

The Book of Mormon primarily represents the Nephite point of view: Lehi was an inspired prophet, who led his family out of Jerusalem shortly before it was destroyed and was promised a chosen land for his posterity. Nephi, as the faithful and obedient son, was chosen by the Lord to be the ruler and teacher over the family and their people after Lehi passed away. With the Lord’s assistance, Nephi repeatedly and miraculously accomplished impressive feats—such as obtaining the plates of brass, using the Liahona to get food, and building and sailing a ship across the oceans—which demonstrated his status as the proper heir to Lehi, despite being the youngest of Lehi’s sons born in Jerusalem.2

Laman and Lemuel unfortunately saw things differently, and passed on a tradition perpetuating their perspective on these events. Full understanding of their point of view is impossible, since no Lamanite record is directly available today, but the Lamanite tradition is summarized, from the Nephite perspective, in at least five places in the Book of Mormon (see 1 Nephi 16:35–38; 17:17–22; Mosiah 10:12–17; Alma 20:10, 13; 54:16–17, 20–24).3

Based on these hints, Laman and Lemuel evidently agreed with the “Jews at Jerusalem,” believing that the people of Jerusalem were properly living the law of Moses, and rejected the veracity of Lehi’s and Nephi’s revelations.4 In their view, observed Richard L. Bushman, “they were living a pleasurable life amidst their treasures and precious things in the land of Jerusalem,” and Lehi, supported by Nephi, “tore them away from these pleasures and subjected them to danger, affliction, and hunger.” In the wilderness, “They grew angry time after time whenever events brought their fundamental grievance to the surface: that they were made to suffer deprivations because of Nephi’s attempts to rule them.”5

Thus, Laman and Lemuel believed they were wrongly “driven out of the land of Jerusalem, because of the iniquities” of Lehi, they were “wronged in the wilderness” and “wronged while  crossing the waters” and “wronged while in the land of their first inheritance” by Nephi, because he “had taken the ruling of the people out of their hands” and he “robbed them” of “the records which were engraven on the plates of brass” (Mosiah 10:12–16).6 “From their perspective,” noted Randal A. Wright, “they felt they had plenty of evidence to back their grievances. They could look their children in the eye and believe they were telling the truth as they spoke of the iniquities of Lehi and Nephi.”7

As sincerely as Laman and Lemuel and their descendants may have held these views, however, Bushman has noted that we cannot “vindicate the Lamanites. … Lamanite history would be a bitter story, of a people obsessed with a perpetual sense of deprivation, wronged at the beginning, so they thought, and wronged ever after, living for vengeance, with blood on their swords.”7 Wright added, “Laman and his many descendants spent their entire lives focused on what they lost and paid little attention to the fact that they had been blessed with infinitely more than all the riches left in Jerusalem.”9

Bushman also argued that there is value in learning about the Lamanite point of view. “Since the way we write history is tied closely to fundamental cultural values, in recovering the Lamanite perspective, we obtain a clearer view of the two cultures, and, it turns out, a deeper understanding of Nephite religion.”13

According to Bushman, the “Lamanite story,” teaches readers of “the terrible consequences of misunderstanding the past.” Bushman elaborated:

The Lamanites understood their national past erroneously, and so misconstrued their national purpose. Their history taught them that they had been wronged and that it was their destiny to right that wrong through relentless war on the Nephites. The incorrect tradition of their fathers was the cause of the misspent effort, the untold suffering, and the rivers of blood.14

In conjunction with that, the on-going saga between the Nephites and Lamanites reveals that while “we may indeed have to defend ourselves with force” at times, “militant defense will not ultimately end wars.”15 The Lamanites eventually returned with force again and again until they succeeded in wiping out the Nephites altogether. Instead, Bushman pointed to the sons of Mosiah, who set out to convince the Lamanites of the falseness of their traditions by converting them to the Gospel of Jesus Christ (Alma 17:9; 24:7; 25:6). While acknowledging that their mission “did not permanently end the Lamanite wars,” Bushman noted, “the sons of Mosiah showed how peace was to be achieved—by conversion to Christ and the correct story of the nation’s founding.”16

Likewise, in modern times, preserving and protecting a correct view of the past is crucial. Keeping and consulting the surviving contemporaneous records of foundational events are necessary steps in passing along an accurate understanding of the past. In addition, recognizing and cultivating the Spirit of God breathes life into the history of any nation or people. For as Alma learned by his devoted service, “the preaching of the word … [can have a] more powerful effect upon the minds of the people than the sword” (Alma 31:5). Indeed, the key to lasting world peace is to ultimately be found in the Gospel of Jesus Christ.

Richard L. Bushman, “The Lamanite View of Book of Mormon History,” in By Study and Also by Faith: Essays in Honor of Hugh W. Nibley on the Occasion of His Eightieth Birthday, 2 vols., ed. John M. Lundquist and Stephen D. Ricks (Salt Lake City and Provo, UT: Deseret Book and FARMS, 1990), 2:52–72.

3.While discussing Mosiah 10:12–17, Brant A. Gardner, Second Witness: Analytical and Contextual Commentary on the Book of Mormon, 6 vols. (Salt Lake City, UT: Greg Kofford Books, 2007), 247–248 cautions that even though this purports to present the Lamanite point of view, it still must be handled with care since it ultimately derives from Nephite sources and it betrays clear Nephite stereotypes (although, in Second Witness 4:314 Gardner acknowledges that Mosiah 10:12–17 is the best summary of the Lamanite tradition). Similar cautions should be considered when dealing with most other passages (e.g., 1 Nephi 16:35–38; 17:17–22 and Alma 20:10, 13) as well. There is one major main exception in Alma 54:16–17, 20–24, which is a primary source from Ammaron, the Lamanite king. Even though Ammaron was a Zoramite by birth and politically a Nephite most of his life, he had fully adopted the Lamanite ideology by the time he had become the Lamanite king. Ammaron confirms the central details of the Lamanite tradition as represented in the Nephite sources.

4.See Neal Rappleye, “The Deuteronomist Reforms and Lehi’s Family Dynamics: A Social Context for the Rebellions of Laman and Lemuel,” Interpreter: A Journal of Mormon Scripture 16 (2015): 87–99.

5.Richard L. Bushman, “The Lamanite View of Book of Mormon History,” in By Study and Also by Faith: Essays in Honor of Hugh W. Nibley on the Occasion of His Eightieth Birthday, 2 vols, ed. John M. Lundquist and Stephen D. Ricks (Salt Lake City and Provo, UT: Deseret Book and FARMS, 1990), 2:58. For a summary of the key points in the Lamanite point of view, see Reynolds, “Political Dimension,” 15–20.

6.Plates of brass, along with other emblems—such as the sword of Laban and the Liahona—had symbolic significance connected with the legitimacy of spiritual and political authority. Hence, Nephi’s taking of these objects would have been directly connected to the Lamanite view that he “did rob them of their right to the government when it rightly belonged unto them” (Alma 54:17). See Book of Mormon Central, “Why Did the Nephites Preserve Some Items as ‘National Treasures’? (Mosiah 1:6),” KnoWhy 557 (April 14, 2020).

10.Evidently the Lamanites did not have records of their national beginnings at hand, and their oral history could be manipulated to serve current political agendas. Being more diligent recordkeepers might have averted some of their warfare and ill-will.

12.Wright, Book of Mormon Miracle, 73 includes these three bullet points along with several others highlighting lessons he learned from reading the Book of Mormon with the Lamanite point of view in mind.