What Can an Ancient Christian Text Tell us About the Book of Mormon? | Meridian Magazine 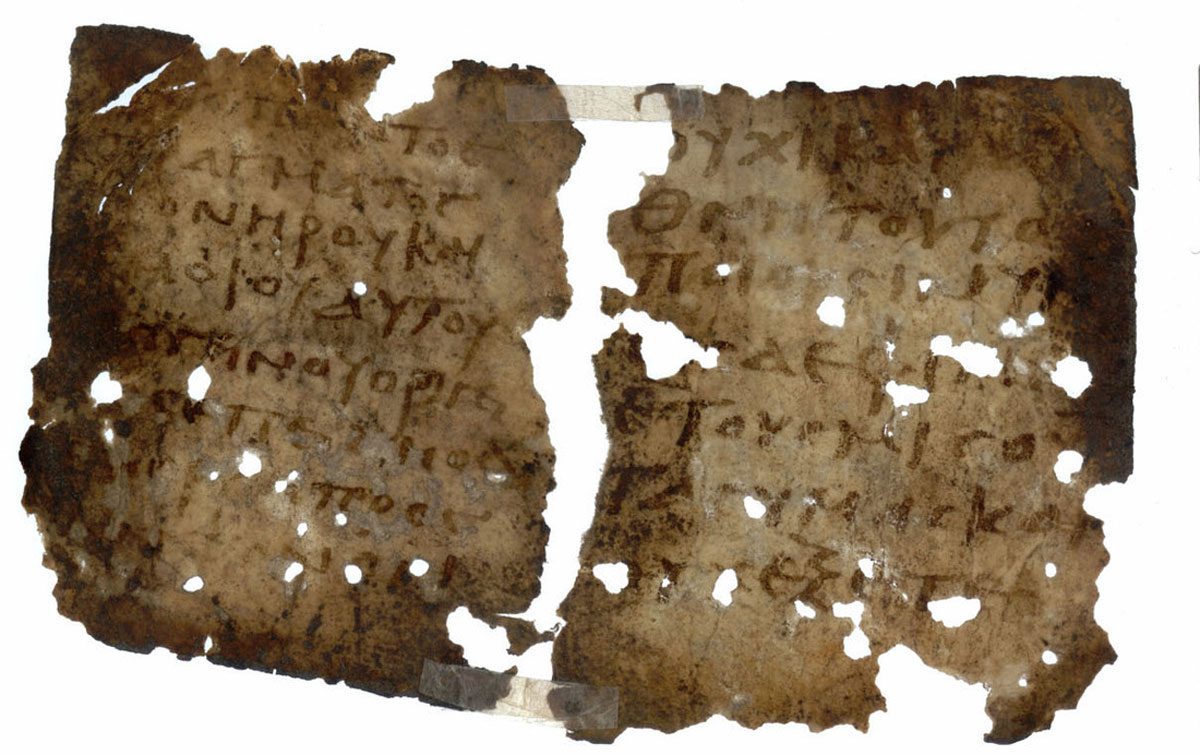 What Can an Ancient Christian Text Tell us About the Book of Mormon?

“And the church did meet together oft, to fast and to pray, and to speak one with another concerning the welfare of their souls.”

In 1873, a Greek Orthodox bishop named Philotheos Bryennios was studying in a monastery in Constantinople when he came across an unusual ancient manuscript.1 It was called The Teaching of the Twelve Apostles or the Didache (the Greek word for “teaching”) and was unlike anything most people had ever seen before. It contained instructions on how early Christians, perhaps as early as the end of the first century, were to perform ordinances and how the church was to conduct itself.

In 1830, more than forty years before Bryennios made his groundbreaking discovery, the world became aware of a similar collection: Moroni 3­–6. Similar to the Didache, these chapters contained notes on ordinances and church conduct.2 The similarities between the two texts are striking and shed light on the founding and organization of Christ’s church in both the Old World and the New.

Moroni 3, for example, contains instructions on how appointed leaders (called “elders”) were to ordain “priests” and “teachers.” One finds the same thing in Didache 15:1, which describes how the community was to appoint worthy and meek men to serve as “bishops” and “deacons” to carry on  “the ministry of the prophets and teachers.”3 Similarly, Moroni 4 and 5 contain two sacrament prayers, one for the bread and one for the wine. Didache 9:1–5 also contains separate prayers, one for the cup of wine and the other for the broken bread.4

Moroni 6 also contains a number of elements that are similar to the Diadache. Moroni 6:1–4discusses details related to the performance of baptism, as does Didache 7:1–4.5 Moroni 6:5–6then states, “And the church did meet together oft, to fast and to pray, and to … partake of bread and wine, in remembrance of the Lord Jesus.” Didache 14:1 similarly states, “But on the Lord’s day, after you have gathered together, break bread and give thanks.”6 Didache 8:1 also mentions fasting often, just as Moroni 6:5 mentions frequent fasting.7 The Greek words of Didache 16:2 are naturally translated into English with the same expression that Moroni used.8 Moroni, quoting the words of Christ in 3 Nephi 18:22, states that they should “meet together oft” and the Didache states “gather together often.”9

Moroni 6:7–8 states, “and whoso was found to commit iniquity, and … repented not, and confessed not, their names were blotted out. But as oft as they repented and sought forgiveness, with real intent, they were forgiven.” Didache 15:3 contains a similar commandment: “Rebuke each other, but do not do so wrathfully, but peaceably, as the gospel commands; but let nobody speak to anyone who mistreats his neighbor, and don’t let him be heard by you until he repents.”10 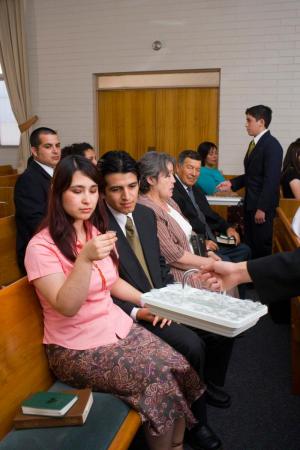 Woman partaking of the sacrament via lds.org.

The Didache was likely written sometime between AD 60 and 117, making it surprisingly early and roughly the same age as much of the New Testament.11 However, when looking at it in isolation, one might wonder how much of the material in the Didache goes back to Jesus Himself, and how much might have been created by other early Christians.12The similarities between the Didache in the Old  World and the words of Moroni in the Book of Mormon suggest that basic parts of the primitive Christian church handbook of instructions for how to organize and manage the church and perform ordinances go back to the original Apostles, who received their instructions from Christ Himself.

If this is the case, the similarities between the Didache and Moroni show that Christ cares about the details of the church. Ordinances and church structure and conduct are not incidental details to Christ, but they are important elements of the church that He established. This attention to detail proved to be significant in the early days of the Restoration, as the Book of Mormon appears to have been used as something of a handbook for conducting the church.13 John W. Welch has noted that Oliver Cowdery quoted Moroni 3­–6 in a three-page draft of a document drafted in June 1829, entitled “Articles of the Church of Christ.”14That document discusses primarily instructions for the administration of ordinances and other practices of the Church.15

Thus, the same four chapters of Moroni most closely paralleled in the early Christian Didache are the same chapters that were foundational in the organization of the Restored Church in this dispensation as well. This detail is a reminder of the continuity between the Church of Christ established during His ministry, and His church on the earth today. It also allows us to approach the ordinances of the restored gospel more confidently. When we participate in these ordinances, the distance between us and the ancient followers of Christ narrows, and we can, in some small way, participate in these ordinances with them.

1.“Didache,” in The Oxford Dictionary of the Christian Church, 3rd edition revised, ed. F. L. Cross and E. A. Livingstone (New York, NY: Oxford University Press, 2005), 482. The Didache was also one of the books in the highly revered Codex Siniaticus, which was brought from Saint Catherine’s monastery by Tischendorff to Germany, but not until the 1860s, a generation after the Book of Mormon was printed in 1830.

2.For some similarities between the two texts, see Hugh Nibley, Since Cumorah, The Collected Works of Hugh Nibley, Volume 7 (Salt Lake City and Provo, UT: Deseret Book and FARMS, 1988), 176.

3.See M. B. Riddle, “The Teaching of the Twelve Apostles,” in The Ante-Nicene Fathers: Translations of the Writings of the Fathers down to A.D. 325, ed. Alexander Roberts and James Donaldson, 10 vols. (Grand Rapids, MI: William B. Eerdmans Publishing Company, 1951), 7:381.

6.For another translation, see Riddle, “The Teaching of the Twelve Apostles,” 7:381.

10.For another translation, see Riddle, “The Teaching of the Twelve Apostles,” 7:381.

11.See “Didache,” 482: “Although in the past many English and American scholars tended to assign it to the late 2nd cent., most scholars now date it in the 1st cent.”

12.For the latest volume of studies exploring this important question, see Jonathan A. Draper and Clayton N. Jefford, eds., The Didache: A Missing Piece of the Puzzle in Early Christianity (Atlanta: SBL Press, 2015). Chapters in this book discuss approaches to this text as a whole, leadership and liturgy, relations between the Didache and the Gospel of Matthew (including the Sermon on the Mount), early Christian diversity, revelation, and the challenges faced by the dynamics and methodological issues that arise in continuing studies of the Didache.

...just awesome!...I love knowing that religions are closer together than we often proclaim!...

Marvelous. It has been a while since I read (part of) “Since Cumorah, so this article was new to me. Thank you.