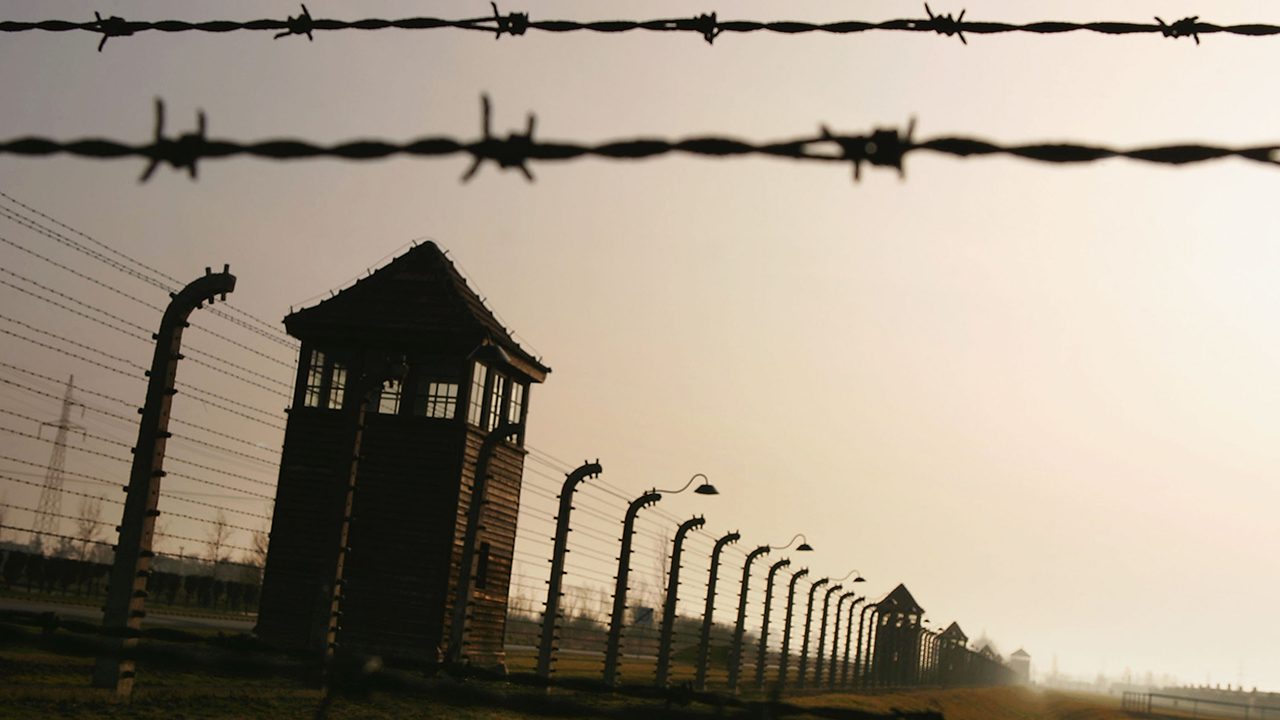 What Americans Know About the Holocaust

Ahead of the 75th anniversary of the liberation of Auschwitz on Jan. 27, a new Pew Research Center survey finds that most U.S. adults know what the Holocaust was and approximately when it happened, but fewer than half can correctly answer multiple-choice questions about the number of Jews who were murdered or the way Adolf Hitler came to power.

When asked to describe in their own words what the Holocaust was, more than eight-in-ten Americans mention the attempted annihilation of the Jewish people or other related topics, such as concentration or death camps, Hitler, or the Nazis. Seven-in-ten know that the Holocaust happened between 1930 and 1950. And close to two-thirds know that Nazi-created ghettos were parts of a city or town where Jews were forced to live.

Fewer than half of Americans (43%), however, know that Adolf Hitler became chancellor of Germany through a democratic political process. And a similar share (45%) know that approximately 6 million Jews were killed in the Holocaust. Nearly three-in-ten Americans say they are not sure how many Jews died during the Holocaust, while one-in-ten overestimate the death toll, and 15% say that 3 million or fewer Jews were killed.

This raises an important question: Are those who underestimate the death toll simply uninformed, or are they Holocaust deniers – people with anti-Semitic views who “claim that the Holocaust was invented or exaggerated by Jews as part of a plot to advance Jewish interests”?

While the survey cannot answer this question directly, the data suggests that relatively few people in this group express strongly negative feelings toward Jews. On a “feeling thermometer” ranging from 0 (coldest and most negative) to 100 (warmest and most positive), nine-in-ten non-Jewish respondents who underestimate the Holocaust’s death toll express neutral or warm feelings toward Jews, while just one-in-ten give Jews a cold rating. Similar shares among those who overestimate the number of Holocaust deaths (9%) and among those who say they do not know how many Jews died in the Holocaust or decline to answer the question (12%) express cold feelings toward Jews.

That said, respondents who get more questions right also tend to express warmer feelings toward Jews. For example, non-Jews who correctly answer at least three of the four multiple-choice questions about the Holocaust rate Jews at a relatively warm 67 degrees on the feeling thermometer, on average. By comparison, non-Jews who correctly answer one question or less (including those who get none right) rate their feelings toward Jews at 58 degrees, on average.

These are among the key findings of a survey conducted online Feb. 4 to 19, 2019, among 10,971 respondents. The study was conducted mostly among members of Pew Research Center’s American Trends Panel (a nationally representative panel of randomly selected U.S. adults recruited from landline and cellphone random-digit-dial surveys and an address-based survey), supplemented by interviews with members of the Ipsos KnowledgePanel. The margin of sampling error for the full sample is plus or minus 1.5 percentage points.

A previously published report on this survey explored the public’s answers to 32 knowledge questions about a wide range of religious topics, including the Bible and Christianity, Judaism, Islam, Hinduism, Buddhism, Sikhism, atheism and agnosticism, and religion and public life. In addition to the 32 questions about religious topics, the survey included five factual questions to test knowledge of the Holocaust: one open-ended question and four multiple-choice questions.

The margin of sampling error for the full sample of 10,971 is plus or minus 1.5 percentage points.

It is a bit of a misnomer that Hitler became Chancellor of Germany by a democratic process as he never received over about 36% of the voting public until after he was appointed by Paul von Hindenburg, who was President of Germany. There is another story of Hindenburg having a son named Oscar who was given a 5,000 acre estate in Prussia and a promotion in the army to general-lieutenant, probably equivalent to our Brigadier General to persuade his father to appoint Hitler as Chancellor. It is said in the backwaters of history that this is the tipping point that gave Hitler ultimate power in Germany and on to a dictatorship. Months into his regime, Hitler was given a confidence vote on a vast majority. If one refers to a process that was fill with graft in appointing Hitler to the Chancellorship by Hindenburg's corrupt son as a democratic process, I suppose it can be said of that if only on the surface.