We Need Children Even More than They Need Us | Meridian Magazine 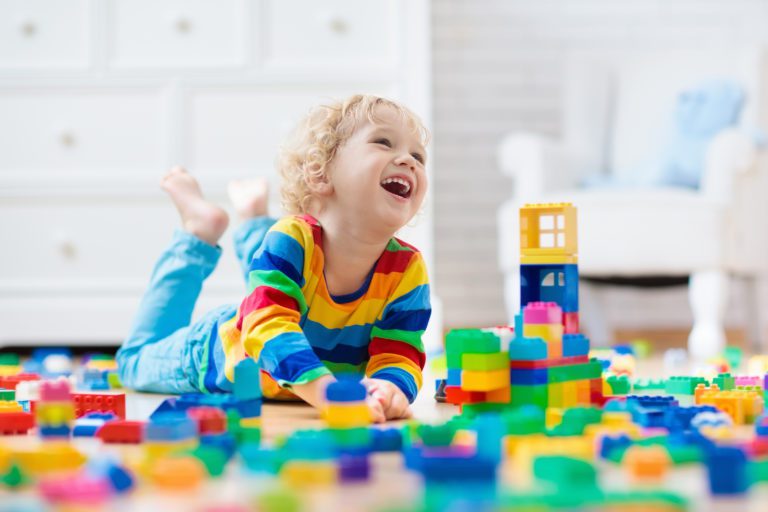 We Need Children Even More than They Need Us

When renowned Harvard sociologist Carle Zimmerman published his sweeping analysis of the rise and fall of great civilizations, he made a striking conclusion: The defining feature of civilizations at their peak of creativity and progress was their orientation to children, specifically the bearing and nurturing of children within families. And in every major civilization, the disintegration of a child-focused “familistic” culture into an “individualistic” one was so devastating that such societies could only last a short time.

As a culture, we tend to focus on how important adult influence is in the lives of children, how much they depend on us, and how challenging that dependence can be. We say almost nothing about how much we need and depend on them. Yet if Zimmerman’s extraordinary feat of research is right, an understanding of what children do for us is central to any conception of how we can thrive as a civilization. In fact, we may need children even more than they need us.

The myth of overpopulation

Perhaps most obviously, children are central to the economic development of nations. For two centuries, overpopulation “haunted the imagination of the modern world.”  According to Thomas Malthus, writing in 1798, human population growth would always surpass agricultural production, meaning a ‘gigantic inevitable famine’ would ‘with one mighty blow level the population with the food of the world’.” Later, in 1968, Paul Ehrlich predicted that in the 1970s, “hundreds of millions of people are going to starve to death” because of the “population bomb.”

But by 1971, the American replacement rate was below 2.13, and the fertility crisis was already a reality in nation after nation. Today, all developed nations are currently below replacement levels. And an increasing number of nations have fertility rates so low they have reached the “mathematical tipping point” at which their populations will decline by 50 percent within 45 years. Immigration from less developed nations will not provide a long-term solution as the rates of decline in these countries are, in most cases, even steeper than in the developed world. By 2040 – 2065 the entire world will be in population decline.

Why does this matter? Doesn’t population decline simply mean fewer people to feed, a smaller carbon footprint, and higher quality of life for the fewer? The problem is that modern economies depend upon human capital, a measure of the number of workers and their productivity. With fewer and fewer workers each has to become more productive to keep the economy from shrinking. Yet educational levels are declining. Most critically, by 2050 every part of the world will have significantly higher percentage of aging people than young people, with the most innovative group of workers (ages 30-44) in sharp decline.

Consider the impact this shift will have on economic growth savings, investment, consumption, labor markets, pensions, taxation, intergenerational transfers, housing demand, and the reality that medical care will be unsustainable even in the wealthiest nations. There just simply will not be “enough people to produce the goods and services needed for an aging population to thrive, or even survive.” In the words of Pitirim Sorokin, founder of Harvard’s sociology department, “Whatever may be the virtues of age, they cannot compensate for the vitality, vigor, courage, daring, elasticity, and creativity of the young. A nation largely composed of middle-aged or elderly people enfeebles itself physically, mentally, and socially, and moves toward the end of its creative mission and leadership.”

Second, children profoundly benefit societies by orienting us toward marriage. As David Blankenhorn has written, societies care about marriage because males and females reproduce sexually and “give birth to helpless, socially needy offspring who remain immature for long periods of time and who therefore depend on the love and support of both of the parents who brought them into existence…” Marriage is society’s effort to sustain enduring bonds between women and men in order to give a baby its mother and father. As wisely noted by sociologist Bradford Wilcox, “no other institution – cohabitation, kind caring caregivers, etc. – reliably connects two parents, and their money, talent, and time, to their children in the way that marriage does.”

A focus on children means society orients itself to marriage and shapes its sexual mores to protect children’s vulnerability. And as Sorokin is noted to have asserted, “Societies tend to blossom, be creative, and grow when the sexual mores favor exclusivity, monogamy, fidelity, responsibility, and family stability. Conversely, when mores encourage permissiveness, sexual exploration, serial monogamy, easy divorce, and brief changeable family relationships (particularly with children), then societies become unstable and alienating, and they decline.”

In fact, as Russell Nieli describes in his review of Sorokin’s insights, a culture that “encourages early sexual experimentation, premarital and extramarital sexual relationships, casual sex, multiple lifetime partners, and many other features of a sex-liberated society” does not “want to be burdened by the obligations of raising children whose care presents great obstacles to the realization of these goals. Whether through abortion, infanticide, contraception, or the involuntary sterility that sometimes results from venereal disease, the birth rate in such societies will dramatically decline.”  (Russell Nieli, “Critic of the Sensate Culture,” p. 273.)

In the end, a focus on the nurturing of children means a focus on marriage, and that means profound benefits for society. Marriage means “a significant incremental increase in happiness, health and productivity” in society. As marriage scholar Linda Waite summarized, married people consistently show “higher levels of physical, emotional, and cognitive health, along with greater earning potential.”

Finally, a societal focus on children shapes our public policies in ways that are often beneficial to everyone. Consider policies as simple as age restrictions on alcohol, tobacco, and access to sexually explicit content; movie ratings through the FCC Federal Communications Commission; zoning laws; child support laws, requiring noncustodial parents to provide for the care of their children. Indeed, if there is one way in which all political orientations are alike, it is in their advocacy for the protection of children. The presence of children orients us to the future, to what feminist Sarah Ruddick calls, the “attentiveness” of “maternal thinking,” which she argues must be “brought into the public realm, to make the preservation and growth of all children a work of public conscience and legislation.”

In fact, political orientations and religiosity appear to be shaped by marriage and children. The transition to having children is associated with a greater likelihood of returning to church. Those who are married with children tend to be more socially conservative than their unmarried peers and are the demographic most likely to go to church. And religiosity itself is associated with a host of benefits that impact society at large.

Children – key to the wellbeing of society

Our societal orientation toward the nurturing of children has profound potential for good. Not only are children critical to the economic development of nations, but a focus on children orients society to marriage, and the shaping of sexual mores to protect children. That orientation profoundly benefits the development and wellbeing of society. Finally, a focus on children shapes religiosity, political orientations, and the development of policies that are beneficial for all. These are just three key ways in which children are key to the wellbeing of society. The second piece in this series on why we need children will address the individual benefits associated with the nurturing of children.