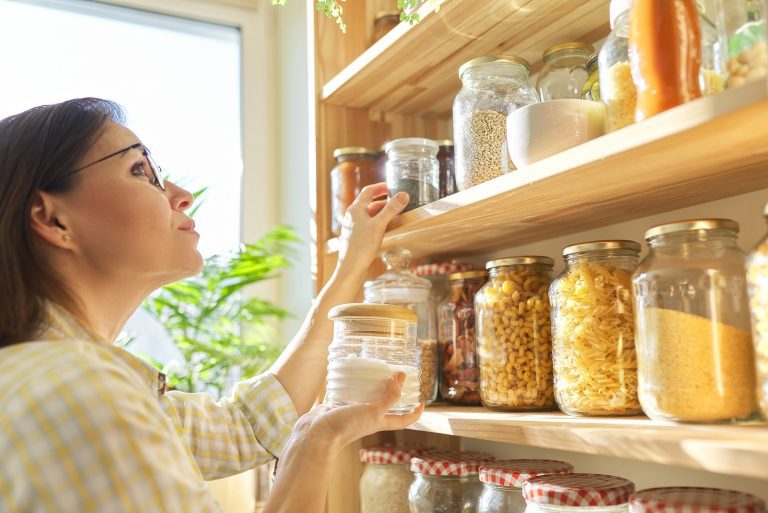 We Can Never Stop Preparing

The last seven months have been difficult ones for all the world. We were warned the day would come when “men’s hearts would fail them.” We have witnessed that as many have become discouraged, frustrated, and even angry, due to a pandemic, heated political disagreements, and violence. We have seen earthquakes, the most destructive fires in history, and more hurricanes hitting the continental United States than ever before, all while being unable to worship together, and donning face masks every time we leave home. We have been warned repeatedly to prepare for this time.

As I have spoken with people over the past few months one thing has become very clear—those who were temporally prepared were far more capable of finding peace and hearing the whispering of the spirit while adapting to isolation from friends and family, taking on the role of teacher, and changes in work circumstances during a type of adversity most believed could never happen in our day. Temporal preparedness brought peace.

“Some Church members opine that emergency plans and supplies, food storage, and 72-hour kits must not be important anymore because the Brethren have not spoken recently and extensively about these and related topics in general conference. But repeated admonitions to prepare have been proclaimed by leaders of the Church for decades. The consistency of prophetic counsel over time creates a powerful concert of clarity and a warning volume far louder than solo performances can ever produce.”

Did you notice what he said? “The consistency of prophetic counsel over time creates a powerful concert of clarity and a warning volume far louder than solo performances can ever produce.” For years, I have had people tell me the concept of food storage was outdated and no longer relevant. Some have said the prophet had not addressed if for a long time so they would prepare after the prophet told us to in General Conference. They must not have been listening as President Hinckley warned of perilous times to come.

Sister Marjorie Pay Hinckley said: “First I obey, then I understand”.  I find this perfect for our time. Whether we had prepared or not we have a clear understanding now of why we have been taught for so long the importance of preparing.

In General Conference in 2005, President Gordon B Hinckley taught: “We have built grain storage and storehouses and stocked them with the necessities of life in the event of a disaster. But the best storehouse is the family storeroom. In words of revelation the Lord has said, ‘Organize yourselves; prepare every needful thing’(D&C 109:8).

“Our people for three-quarters of a century have been counseled and encouraged to make such preparation as will assure survival should a calamity come.

“We can set aside some water, basic food, medicine, and clothing to keep us warm. We ought to have a little money laid aside in case of a rainy day.

“Now what I have said should not occasion a run on the grocery store or anything of that kind. I am saying nothing that has not been said for a very long time.”

Ask yourself the following questions as you obey and begin your quest to be better prepared for the challenges ahead. We’ll begin with food and other items essential to have in every home.

1. What foods, hygiene products, medications and other supplies were you missing as the orders came to self-quarantine and remain at home? We can all think of toilet paper and disinfectants but take time to remember the other items you were lacking—things the children asked for or neighbors asked to borrow.

2. What items were on your shelves that you did not eat? Did you have lots of wheat but never touched it? Lots of tuna or soup that never really sounded good? Did the dehydrated and freeze-dried food sit on the shelf?

3. What items were you or the family craving?

4. Were you prepared to celebrate birthdays and graduations? Thanksgiving and Christmas are coming soon, and birthdays never seem to end.

5. What was I afraid I would run out of?

Sit down as a family to answer these questions and record your answers. As you move forward these answers will guide your future buying decisions. This time we were asked to remain in our homes for two weeks. Many did not shop for a month before they felt safe to go to a store. What happens when the next disaster empties shelves for a month?

As the pandemic became more serious other disasters disrupted supply chains. Imagine the interruption to supplies on store shelves if an earthquake damages the ports, bridges and roads and drivers cannot transport food. Would you be prepared to stay safe at home for weeks of civil unrest?

In his address If Ye Are Prepared Ye Shall Not Fear in 2005 President Hinckley continued:

“If anyone has any doubt concerning the terrible things that can and will afflict mankind, let him read the 24th chapter of Matthew. Among other things the Lord says: ‘Ye shall hear of wars and rumours of wars. For nation shall rise against nation, and kingdom against kingdom: and there shall be famines, and pestilences, and earthquakes, in divers places. All these are the beginning of sorrows. …

‘For then shall be great tribulation, such as was not since the beginning of the world to this time, no, nor ever shall be.

When will these come? Will they come individually or several together? Only our Heavenly Father knows the plan.

“How are we to deal with both the somber prophecies and the glorious pronouncements about our day? The Lord told us how with simple, but stunning, reassurance: ‘If ye are prepared ye shall not fear.’

“What a promise! It is one that can literally change the way we see our future. I recently heard a woman of deep testimony admit that the pandemic, combined with an earthquake in the Salt Lake Valley, had helped her realize she was not as prepared as she thought she was. When I asked whether she was referring to her food storage or her testimony, she smiled and said, ‘Yes!’

“For decades, the Lord’s prophets have urged us to store food, water, and financial reserves for a time of need. The current pandemic has reinforced the wisdom of that counsel. I urge you to take steps to be temporally prepared.

The adversary never stops attacking. So, we can never stop preparing! The more self-reliant we are﻿—temporally, emotionally, and spiritually﻿—the more prepared we are to thwart Satan’s relentless assaults.

I am not saying that the days ahead will be easy, but I promise you that the future will be glorious for those who are prepared and who continue to prepare to be instruments in the Lord’s hands.”

A promise from a prophet. Let us prepare to thwart Satan’s assaults and thrive during difficult times.

If you need help with your preparations or would like to help fire victims this Christmas please message Carolyn at her Totally Ready Facebook page or send an email to Carolyn0847(at)yahoo.com