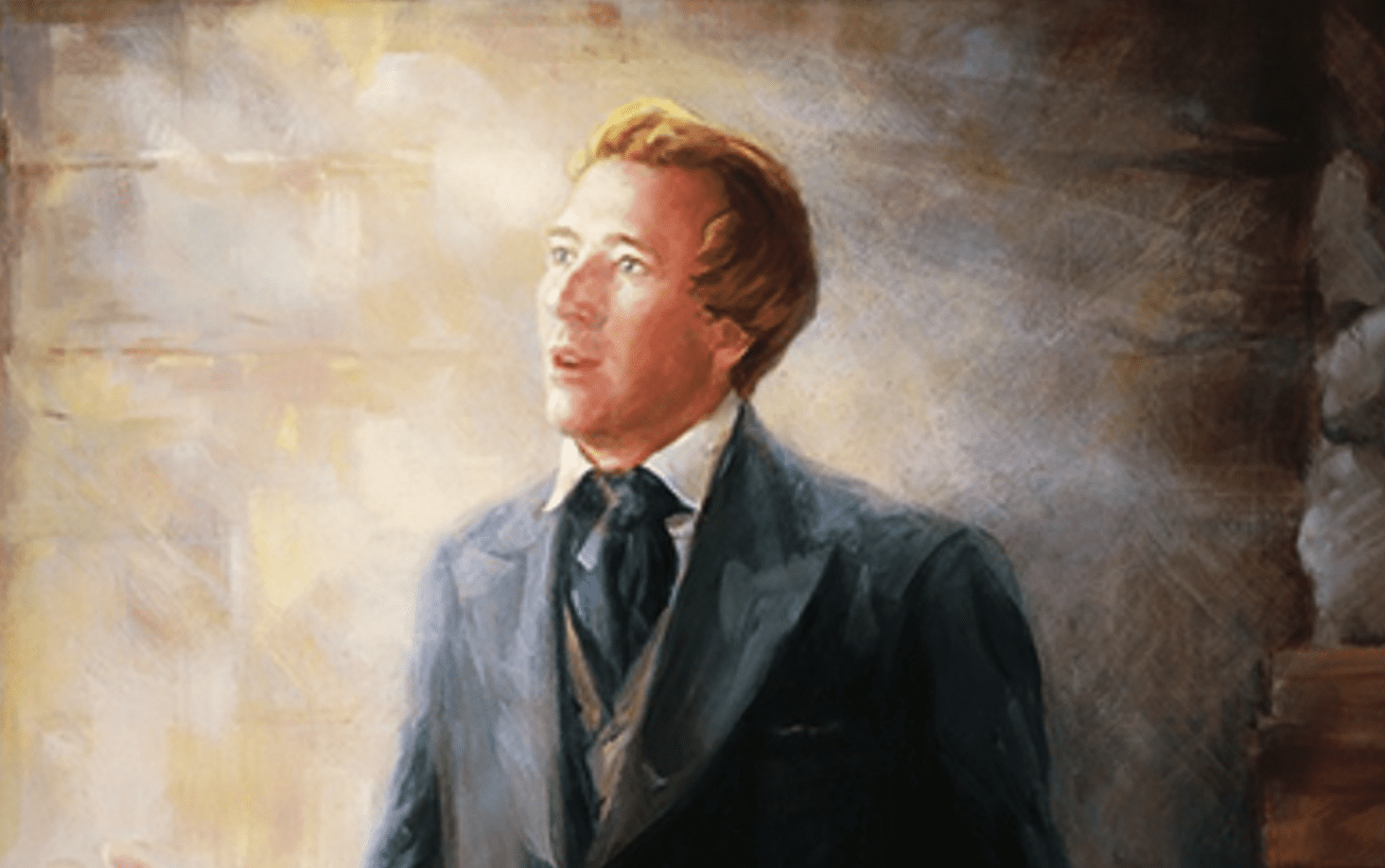 Have you ever wondered what it would have been like to be in the room when the Prophet Joseph Smith received revelation or translated scripture? We have testimonies from those who were there. One of the blessings of having first-person, eyewitness accounts of Church history events is that they give us an “armchair view” of the unfolding of the Restoration just as the early members of the Church experienced them. It’s exhilarating to read their reminiscences. We owe them an eternal debt of gratitude for their diligence in recording what they witnessed firsthand. Here are a few accounts, written by those who experienced what it was like, to be under the influence of the Spirit when it fell upon and enveloped the Prophet Joseph Smith.

Brigham Young: “Those who were acquainted with him knew when the spirit of revelation was upon him, for his countenance wore an expression peculiar to himself while under that influence…at such times there was a peculiar clearness and transparency in his face” (Journal of Discourses, 9:89).

Mary Elizabeth Rollins Lightner remembered her experience as a young girl in a meeting one evening at the Newell K. Whitney store in Kirtland: “I sat with others on a plank that had been provided, the ends resting on boxes.  After prayer and singing, Joseph began talking.  Suddenly he stopped and seemed almost transfixed.  He was looking ahead and his face outshone the candle, which was on the shelf just behind him.  I thought I could almost see the cheekbones.  He looked as though a searchlight was inside his face. After a short time he looked at us very solemnly and said, ‘Brothers and Sisters, do you know who has been in your midst this night?’ One of the Smith family said, ‘An angel of the Lord.’ Joseph did not answer. Martin Harris was sitting at the Prophet’s feet on a box. He slid to his knees, clasped his arms around the Prophet’s knees and said, ‘I know, it was our Lord and Savior, Jesus Christ.’ Joseph put his hand on Martin’s head and answered, ‘Martin, God revealed that to you. Brothers and Sisters, the Savior has been in your midst. I want you to remember it. He cast a veil over your eyes for you could not endure to look upon Him. You must be fed with milk and not meat. I want you to remember this as if it were the last thing that escaped my lips” (Diary of Mary Elizabeth Rollins Lightner, p. 4, BYU Harold B. Lee Library Special Collections).

Later in his life (in 1874), Elder Orson Pratt described an incident following the publication of the Book of Mormon, when he watched the Prophet Joseph Smith translating the Bible: “At a meeting on June 28, 1874, attended by President Brigham Young and many other General Authorities, Elder Pratt told his audience about being ‘present many times’ when Joseph Smith ‘was translating the New Testament.’ Seeing no interpretive instruments in use during the translation process, he wondered why Joseph ‘did not use the Urim and Thummim, as in translating the Book of Mormon.’ As Elder Pratt watched the Prophet translate, ‘Joseph, as if he read his thoughts, looked up and explained that the Lord gave him the Urim and Thummim when he was inexperienced in the Spirit of inspiration. But now he had advanced so far that he understood the operations of that Spirit, and did not need the assistance of that instrument’” (“Two Days’ Meeting at Brigham City, June 27 and 28, 1874,” Millennial Star, Aug. 11, 1874, 498–99; cited in “Joseph the Seer,” Ensign, Oct 2015).

A secretary and clerk to the Prophet Joseph Smith, Howard Coray, witnessed a time in Nauvoo when the Prophet Joseph needed help from the Spirit to recall a specific passage from the then unpublished 477 page manuscript of the Joseph Smith Translation of the Bible: “One morning, I went as usual, into the Office to go to work: I found Joseph sitting on one side of a table and Robert B. Thompson on the opposite side, and the understanding I got was that they were examining or hunting in the manuscript of the new translation of the Bible for something on Priesthood, which Joseph wished to present, or have read to the people the next Conference. Well, they could not find what they wanted and Joseph said to Thompson ‘put the manuscript one side, and take some paper and I will tell you what to write.’ Bro. Thompson took some foolscap paper that was at his elbow and made himself ready for the business. I was seated probably 6 or 8 feet on Joseph’s left side, so that I could look almost squarely into Joseph’s left eye—I mean the side of his eye. Well, the Spirit of God descended upon him, and a measure of it upon me, insomuch that I could fully realize that God, or the Holy Ghost, was talking through him. I never, neither before or since, have felt as I did on that occasion. I felt so small and humble I could have freely kissed his feet” (As cited in The Words of Joseph Smith: The Contemporary Accounts of the Nauvoo Discourses of the Prophet Joseph, edited by Andew F. Ehat and Lyndon W. Cook, 1980, pp. 50-51).

Orson Pratt’s report on the Prophet Joseph Smith’s explanation of learning to use the “gift” of translation without needing any mechanical means goes a long way in helping us understand how he translated most of the Book of Mormon without ever even opening the gold plates and translating the scroll writings of Abraham without ever having an actual hard copy in front of him. If we as mere mortals can send copies of manuscripts in a certain language all the way around the world and in seconds have the reader see it written in a different language, surely the Spirit of God can do as much and more!