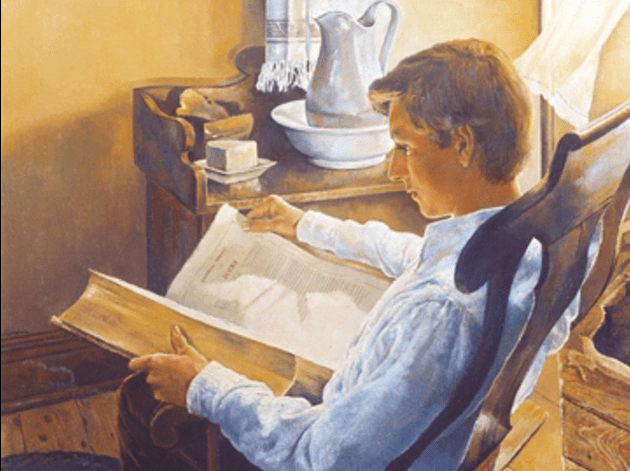 The following comes from Daniel C. Peterson’s blog, Sic Et Non and is excerpted from a manuscript in progress. To see the original post, click here.

Such displays of emotion seem difficult to counterfeit.  If they were fake, Joseph Smith must have been guilty of an almost unfathomable cynicism.  But of such cynicism and falsity his friends and associates saw no trace whatever.  “The people fairly adored him,” recounted one woman.[1]  He showed “not the least affectation,” remembered Wandle Mace.[2] “There was not the slightest appearance of ostentation or conscious power on his part,” recollected Mercy R. Thompson. “He was as free and sociable as though we had all been his own brothers and sisters, or members of one family. He was as unassuming as a child.”[3]

A member of the United States Congress wrote to his wife, following a meeting with Joseph Smith in Washington, that “Everything he says is said in a manner to leave an impression that he is sincere. . . .  In his garb there are no peculiarities, his dress being that of a plain, unpretending citizen.”[4]  A reporter in Washington D.C. by the name of Matthew L. Davis commented on Joseph’s appearance during a sermon there.  “He is sincere,” Davis wrote.  “There is no levity, no fanaticism, no want of dignity in his deportment. . . .  He is but a man, he said; a plain, untutored man; seeking what he should do to be saved.”[5]

A Methodist minister by the name of Prior visited Nauvoo in 1842 or 1843 and attended a Sunday service at which Joseph spoke.  Later, he wrote that he had been expecting to see a guilt-ridden, hyperemotional fanatic.  “But how was I disappointed when instead of the heads and horns of the beast and false prophet, I beheld only the appearance of a common man. . . .  I was sadly disappointed.”  Still, he was sure that Joseph’s sermon would meet his expectations.  But it didn’t.  “He commenced calmly, and continued dispassionately to pursue his subject. . . .  He glided along through a very interesting and elaborate discourse with all the care and happy facility of one who was well aware of his important station, and his duty to God and man.”[6]

It was, in fact, the palpable genuineness of Joseph Smith’s accounts of his experiences that brought the British literary critic and educator Arthur Henry King into the Church of Jesus Christ of Latter-day Saints in 1966.  “When I was first brought to read Joseph Smith’s story,” he wrote,

I was deeply impressed. I wasn’t inclined to be impressed. As a stylistician, I have spent my life being disinclined to be impressed. So when I read his story, I thought to myself, this is an extraordinary thing. This is an astonishingly matter-of-fact and cool account. This man is not trying to persuade me of anything. He doesn’t feel the need to. He is stating what happened to him, and he is stating it, not enthusiastically, but in quite a matter-of-fact way. He is not trying to make me cry or feel ecstatic. That struck me, and that began to build my testimony, for I could see that this man was telling the truth.[7]

King cites the passage from Joseph Smith where the Prophet describes his encounter with James 1:5:

Never did any passage of scripture come with more power to the heart of man than this did at this time to mine. It seemed to enter with great force into every feeling of my heart. I reflected on it again and again, knowing that if any person needed wisdom from God, I did; for how to act I did not know, and unless I could get more wisdom than I then had, I would never know; for the teachers of religion of the different sects understood the same passages of scripture so differently as to destroy all confidence in settling the question by an appeal to the Bible.[8]

“He doesn’t try to express his feelings,” remarks Professor King.