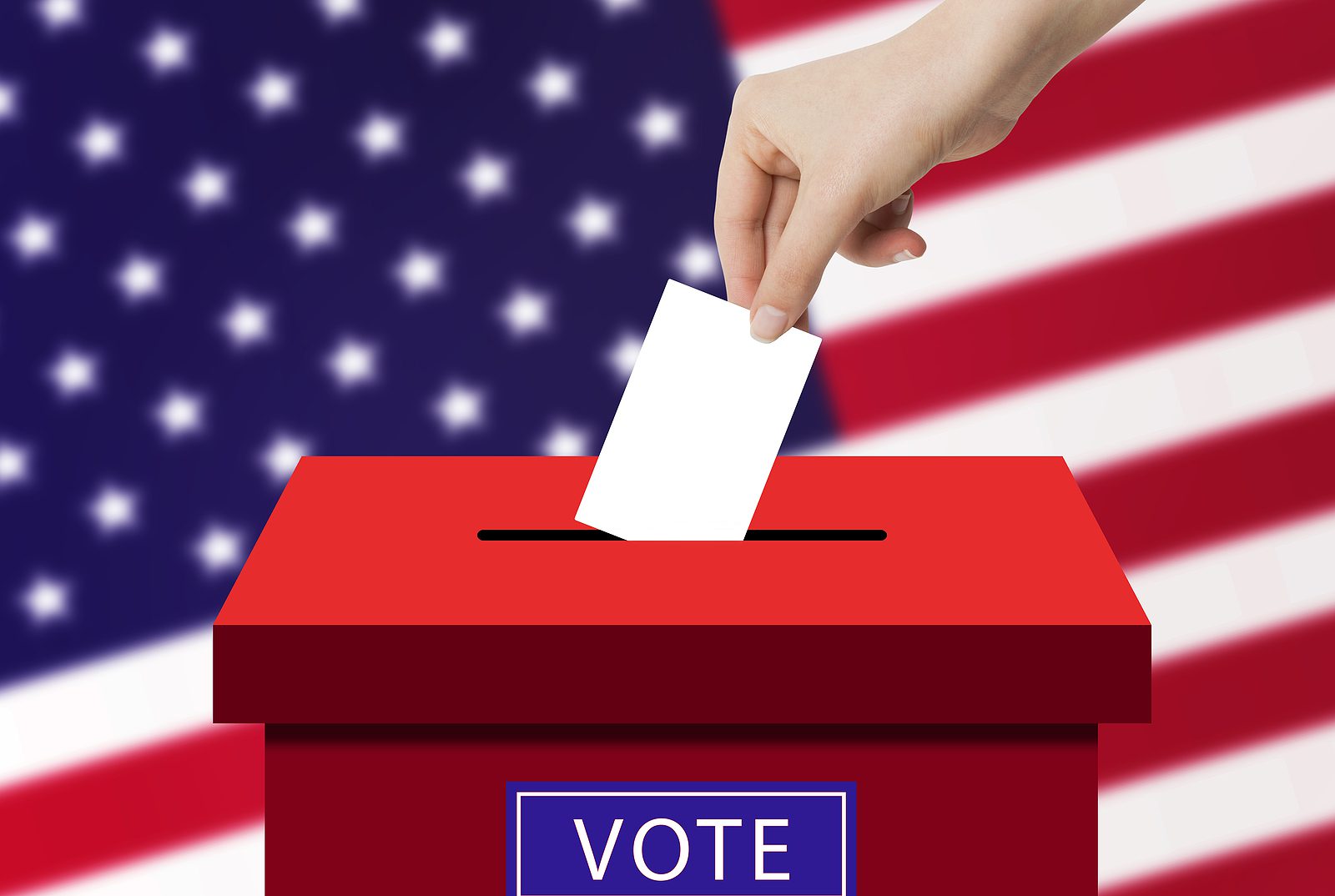 Voting Your Values as America Faces a Major Crossroads

An average American citizen recently called into a radio program and said, “I’m not voting for Biden or Trump; I’m voting for what’s best for America.”

An interfaith-based website called Biblical Voter has compiled state and federal candidates’ voting records and public positions on primarily moral and Constitutional issues. Its call to action comes from Proverbs 29:2 “When the righteous are in authority, the people rejoice: but when the wicked beareth rule, the people mourn.” It’s a “one-source destination for Judeo-Christian voter guides and election tools” including major party platforms. Biblical Voter draws from ivoterguide.com, myfaithvotes.org,  catholicvote.org, and ChristianVoterGuide.com among others.

During a recent Catholic Mass, Father Edward Meeks, founding pastor of Christ the King Church in Towson, Maryland, quoted Pope Benedict the XVI on non-negotiable values upon which Catholics must not disagree and how these values relate to the U.S. presidential election:

1. The sanctity of life from conception to natural death

2. The sanctity of marriage as a lifelong sacramental union of a man and a woman

3. The preservation of religious liberty

While The Church of Jesus Christ of Latter-day Saints recently reaffirmed its “institutional neutrality regarding political parties and candidates,” it urged members “to become informed about the issues and candidates you will be considering,” to vote and be active in civic matters. As the United States faces a major crossroads in political ideologies in this election cycle, it is well-worth remembering the decades of counsel by Church leaders on protecting fundamental freedoms through Constitutional government. This vital counsel is intertwined with the great prophecies regarding Zion (the New Jerusalem) being built upon the American continent as stated in the 10th Article of Faith.

In 1973 the First Presidency of the Church made public this statement:

“We urge members of the Church and all Americans to begin now to reflect more intently on the meaning and importance of the Constitution, and of adherence to its principles.” (Ensign, Nov. 1973, p. 90.)

In 1975 President N. Eldon Tanner stated in his General Conference talk “The Laws of God”:

As we observe the bicentennial of this great United States of America, I am reminded of two significant statements made by the Lord through his prophets: “Behold, this is a choice land, and whatsoever nation shall possess it shall be free from bondage, and from captivity, and from all other nations under heaven, if they will but serve the God of the land, who is Jesus Christ.” (Ether 2:12.)

He also said, “And for this purpose have I established the Constitution of this land, by the hands of wise men whom I raised up unto this very purpose.” (D&C 101:80.)

I wish to join wholeheartedly with the millions of people who appreciate this country in which we live and are determined to do what they can to maintain and strengthen the principles of democracy established by our Founding Fathers. To do this, it is most important that we be loyal and law-abiding citizens.

It is most important that all citizens be informed in matters of government; that they know and understand the laws of the land; and that they take an active part wherever possible in choosing and electing honest and wise men to administer the affairs of government.

Unless we as citizens of this nation forsake our sins, political and otherwise, and return to the fundamental principles of Christianity and of constitutional government, we will lose our political liberties, our free institutions, and will stand in jeopardy before God of losing our exaltation.

In 1979 President Ezra Taft Benson powerfully spoke of Zion in his General Conference talk “A Witness and a Warning“:

The eventful destiny of America has also been revealed to God’s prophets. To Joseph Smith the Lord revealed that “the whole of America is Zion itself from north to south” (Teachings of the Prophet Joseph Smith, sel. Joseph Fielding Smith, Salt Lake City: Deseret Book Company, 1938, p. 362). Further, the Lord decreed this land to be “the place of the New Jerusalem, which should come down out of heaven, … the holy sanctuary of the Lord” (Ether 13:3).

To serve God’s eternal purposes and to prepare this land for Zion, God “established the Constitution of this land, by the hands of wise men whom [He] raised up … and redeemed the land by the shedding of blood” (D&C 101:80).

Communism introduced into the world a substitute for true religion. It is a counterfeit of the gospel plan. The false prophets of Communism predict a utopian society. This, they proclaim, will only be brought about as capitalism and free enterprise are overthrown, private property abolished, the family as a social unit eliminated, all classes abolished, all governments overthrown, and a communal ownership of property in a classless, stateless society established. Since 1917 this godless counterfeit to the gospel has made tremendous progress toward its objective of world domination.

Today, we are in a battle for the bodies and souls of man. It is a battle between two opposing systems: freedom and slavery, Christ and anti-Christ. The struggle is more momentous than a decade ago, yet today the conventional wisdom says, “You must learn to live with Communism and to give up your ideas about national sovereignty.” Tell that to the millions﻿—yes, the scores of millions﻿—who have met death or imprisonment under the tyranny of Communism! Such would be the death knell of freedom and all we hold dear. God must ever have a free people to prosper His work and bring about Zion.

In 1987 Elder David B. Haight emphasized public virtue in his General Conference talk “Ethics and Honesty”:

Public virtue, which expects men to rise above self-interest and to act in the public interest with wisdom and courage, was so evident in leaders like George Washington, who, we used to declare, could never tell a lie, and Abraham Lincoln, known as “Honest Abe.” In the past few years we have seen “official after official﻿—both on the national and the local political scene﻿—put self-interest … above the larger public interest. …

In 2001 President Gordon B. Hinckley clearly taught in his General Conference talk “The Times in Which We Live”:

Great are the promises concerning this land of America. We are told unequivocally that it “is a choice land, and whatsoever nation shall possess it shall be free from bondage, and from captivity, and from all other nations under heaven, if they will but serve the God of the land, who is Jesus Christ” (Ether 2:12). This is the crux of the entire matter﻿—obedience to the commandments of God.

The Constitution under which we live, and which has not only blessed us but has become a model for other constitutions, is our God-inspired national safeguard ensuring freedom and liberty, justice and equality before the law.

Excellent article. I wish people would realize we have more than a two party choice. And I do not feel that in voting my conscience and voting for “the proper role of government “ that I am wasting my vote.

Remember the Jews and The Romans were on different sides of their political spectrum and both were terrible and were punished. Nephites and Lamanites left the Lord and again the religious side was wiped out. WE ARE ALMOST THERE! 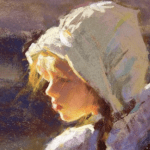 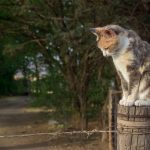 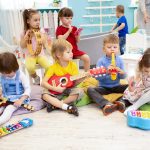 A Risky Experiment with our Nation’s Children 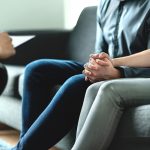 From Crisis to Connection: How One Couple’s Recovery is Helping Thousands 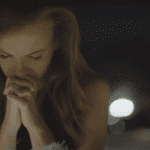 VIDEO: The Two-Word Phrase that Appears Over Ninety Times in Scripture