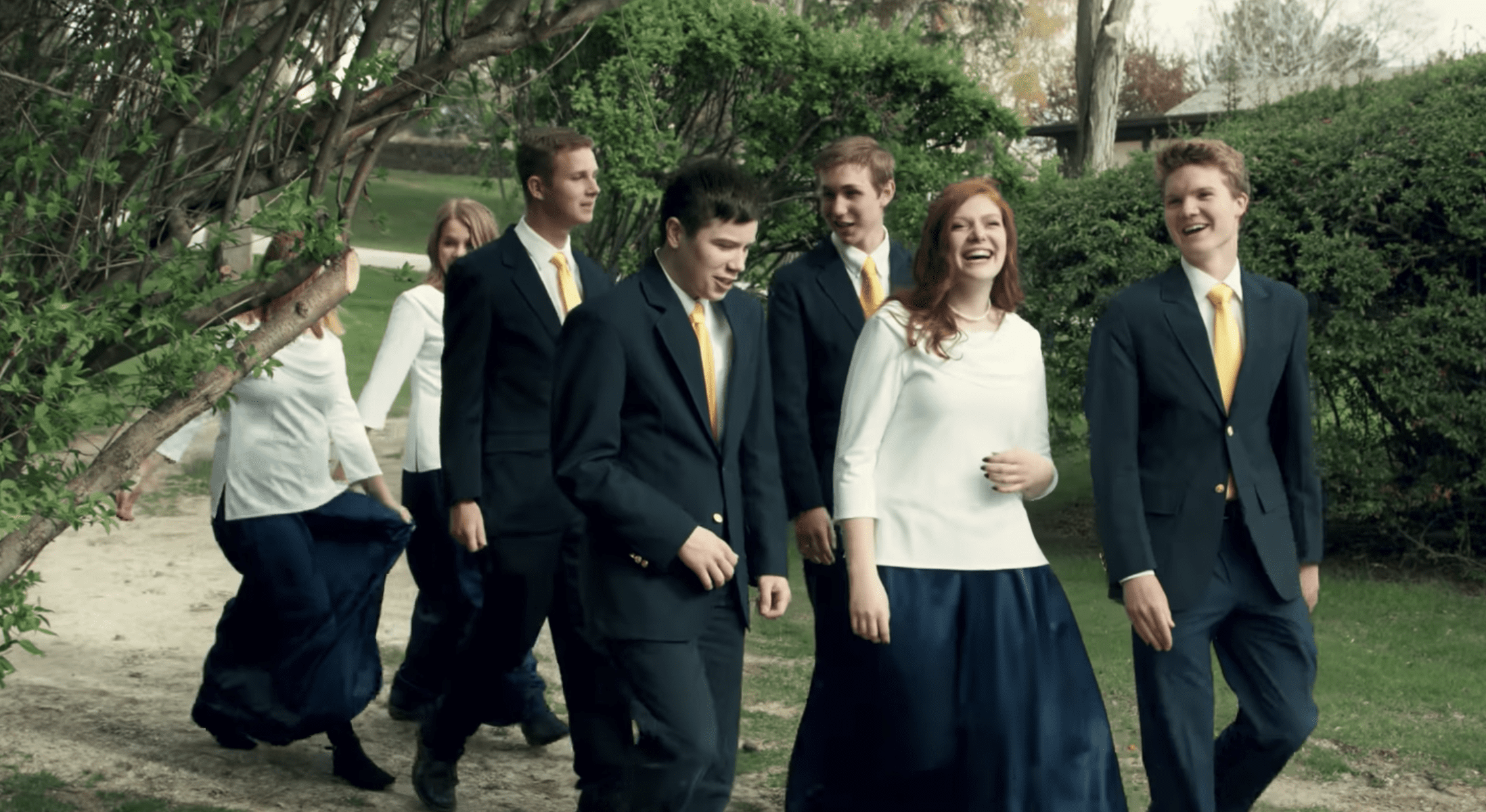 SALT LAKE CITY, Utah – Michael R. Hicks, the composer of the EFY Medley: As Sisters In Zion & We’ll Bring the World His Truth, together with the Heritage Youth Chorus at American Heritage School, released a new music video featuring a refreshed arrangement of the classic composition.

“I can’t believe it’s been 20 years since EFY began singing The Medley as part of it’s program,” Hicks said. “I still remember while in college at BYU getting a call from my friends at the EFY office asking if I’d do an arrangement of As Sisters In Zion for the young women of EFY to sing.”

It wasn’t until Hicks wrote the young women’s part of the arrangement that the EFY Coordinators and Administration decided that they wanted something for the young men to also sing.

“I remember after performing the As Sisters in Zion and Young Women’s Theme portion of the arrangement for the EFY staff that one of the coordinators approached me and asked if I’d do an arrangement of We’ll Bring the World His Truth that they young men could sing,” Hicks said.

Hicks recalled immediately think of the two Janice Kapp Perry songs together. “I began to think of the melodies, the chord progressions, the time signatures – all the musical elements, and I thought to myself, ‘I think these songs can be sung simultaneously.”

He returned home and tried it out. Sure enough, they worked together. Hicks then wrote the second half of what became the EFY Medley: As Sisters In Zion & We’ll Bring the World His Truth.

Janice Kapp Perry, writer of the songs As Sisters In Zion and We’ll Bring The World His Truth, recalled hearing The Medley for the first time.

“One day I was speaking at BYU’s Education Week,” Perry said, “at the same time Brad Wilcox was speaking to EFY and he came and got me and said I HAD to hear his 1200 kids singing [The Medley]. He had me come up front and introduced me and when they started singing, it just got better and better and when they sang together I thought OH MY GOSH what has that Michael Hicks wrought!”

The experience left a deep impact on Perry. “I don’t know when anything has surprised and touched me like that did. And then of course it spread like wildfire all over the church and youth everywhere are singing it.”

Hicks wanted to do something special to commemorate the 20 year anniversary. “The original arrangement was meant to be simple, so it could be learned quickly by many youth at a time,” Hicks said. “The new 20th Anniversary arrangement has parts with harmonies to enhance the whole experience.”

“It was a such a joy being involved in this project. It was so powerful to record this with my choir and hear the newly composed harmonies,” Swenson said.

This was amazing! It gave me chills! I watched and listened with my two year old grandson and he loved it as much as I did! Thanks for sharing this!