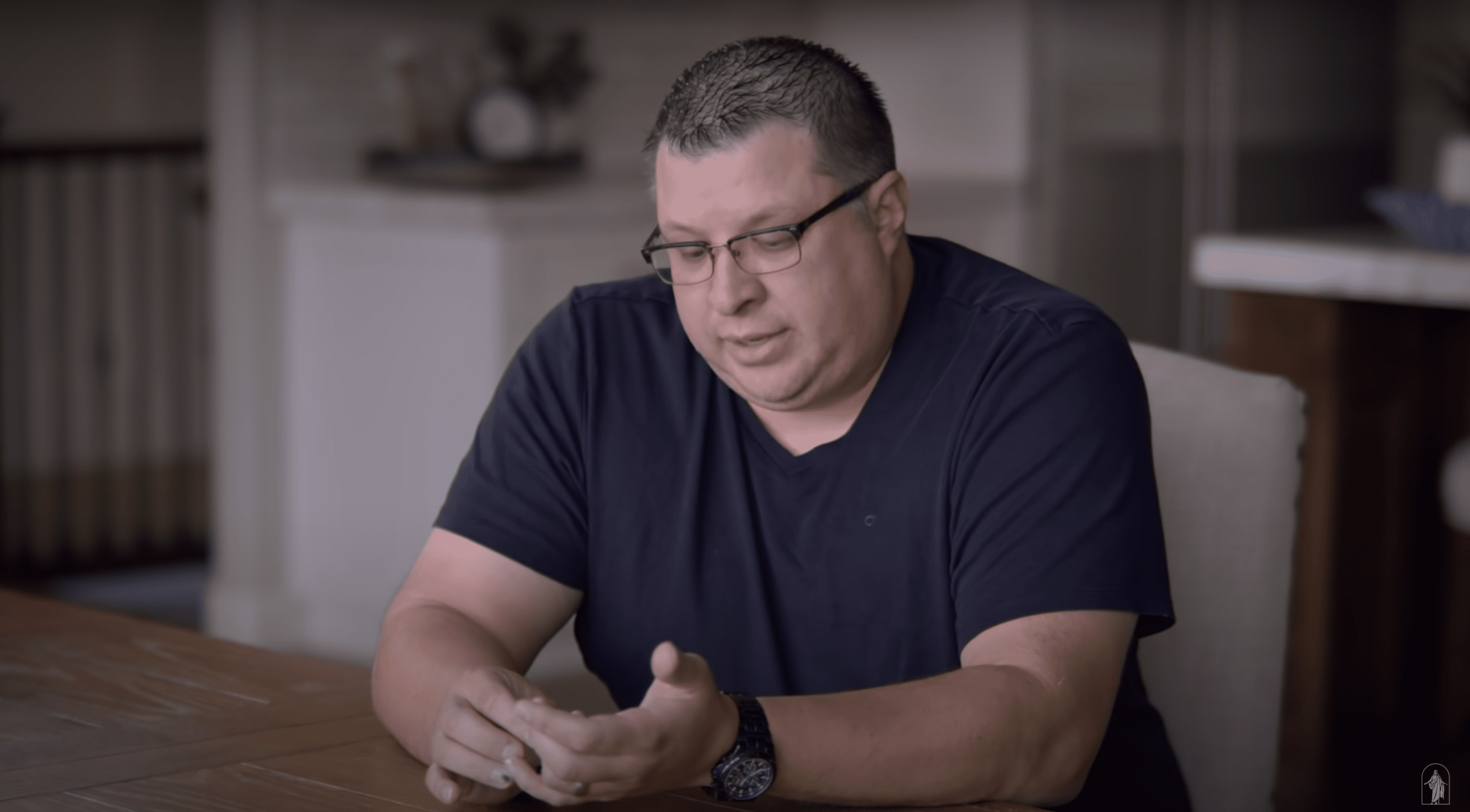 Josh liked playing poker and was often hosting a game or making the drive to a casino. One time, a friend handed him a pill that would keep him alert. It was meth. “I was hooked immediately,” Josh said. Soon he was consumed by it. His constant desire was for his next hit.

Over the years he told many lies to his wife, who thought he’d been clean. When she learned the truth, she took their two children and left. As he walked back into the house, he knew he had two choices: continue as he was doing and die or get help.

He met with his bishop as often as three times a week. In those meetings the bishop focused on scriptures and prayer. Josh knew about those things, but he never knew what it felt like to really receive an answer from heaven.

He thought his efforts would “make things go back to normal.” But they didn’t.

One day while reading in Matthew, he read how the Lord openly rewards those who pray in secret. He squirmed his way into this tight bedroom closet and knelt down. He’d asked for help before, but this time was different. He felt a change of heart. His desires were different. He wanted to know the Lord’s will for him and committed to whatever the Lord required.

“That moment I felt love and light, like I was in an open space filled with warmth,” he said. “I wanted it to never end but was scared that the moment wouldn’t last.

“The power of the Atonement was real, even for a drug addict like me. I wondered, who am I that the Lord cared?”

Josh felt light come back into his eyes. He felt new feelings and desires.

“I watch my 4-year-old ride his scooter,” he said.

“If he fell, I’d pick him up. He’d want comfort and love.

“I feel like I’m riding my scooter in life. I know He’s there for me when I fall.”