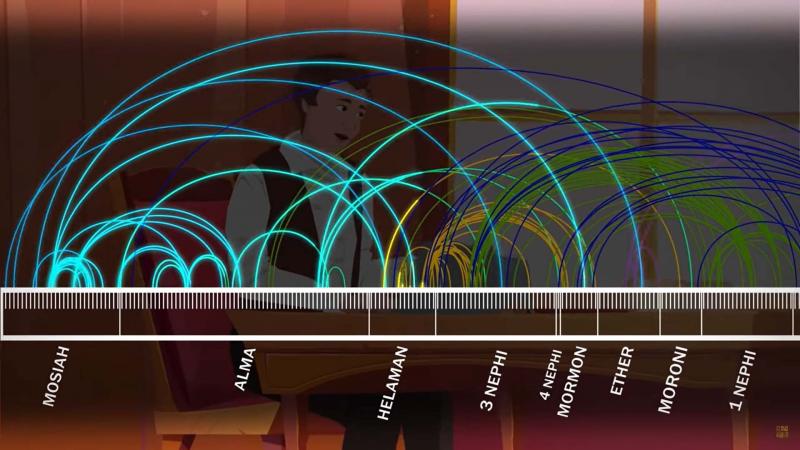 VIDEO: Evidence of the Book of Mormon: Internally Fulfilled Prophecies

As a record written by ancient prophets, it isn’t too surprising that the Book of Mormon is full of ancient prophecies. What most readers probably haven’t noticed is that those prophecies are frequently fulfilled in the text itself, as can be seen on over 100 occasions! This video gives several examples of such prophecies, including an especially impressive cluster of fulfillments in 3 Nephi. It then charts the complexity of prophetic fulfillments in the order that they were translated by Joseph Smith (make sure to watch the entire video to see the intricate and textually accurate chart animation at the end).

Historical evidence suggests that, even under favorable circumstances, Joseph Smith would have been hard-pressed to create a text like the Book of Mormon. Yet producing it in the specific way that he did—dictating its contents for hours on end without using any notes or outlines to help him structure upcoming narratives or recall previously dictated content—would have been exceptionally difficult. It should also be remembered that, as observed in the Book of Mormon’s original manuscript, Joseph doesn’t appear to have made any substantive revisions. His first draft was essentially the final draft!

When seen in light of these factors, the precision, consistency, subtlety, and complexity of the Book of Mormon’s numerous fulfilled prophecies offer impressive evidence that it was truly translated by the gift and power of God. For further details about this evidence, as well as a chart listing all 127 identified prophetic fulfillments (found in the Appendix), click on this accompanying article from Evidence Central.