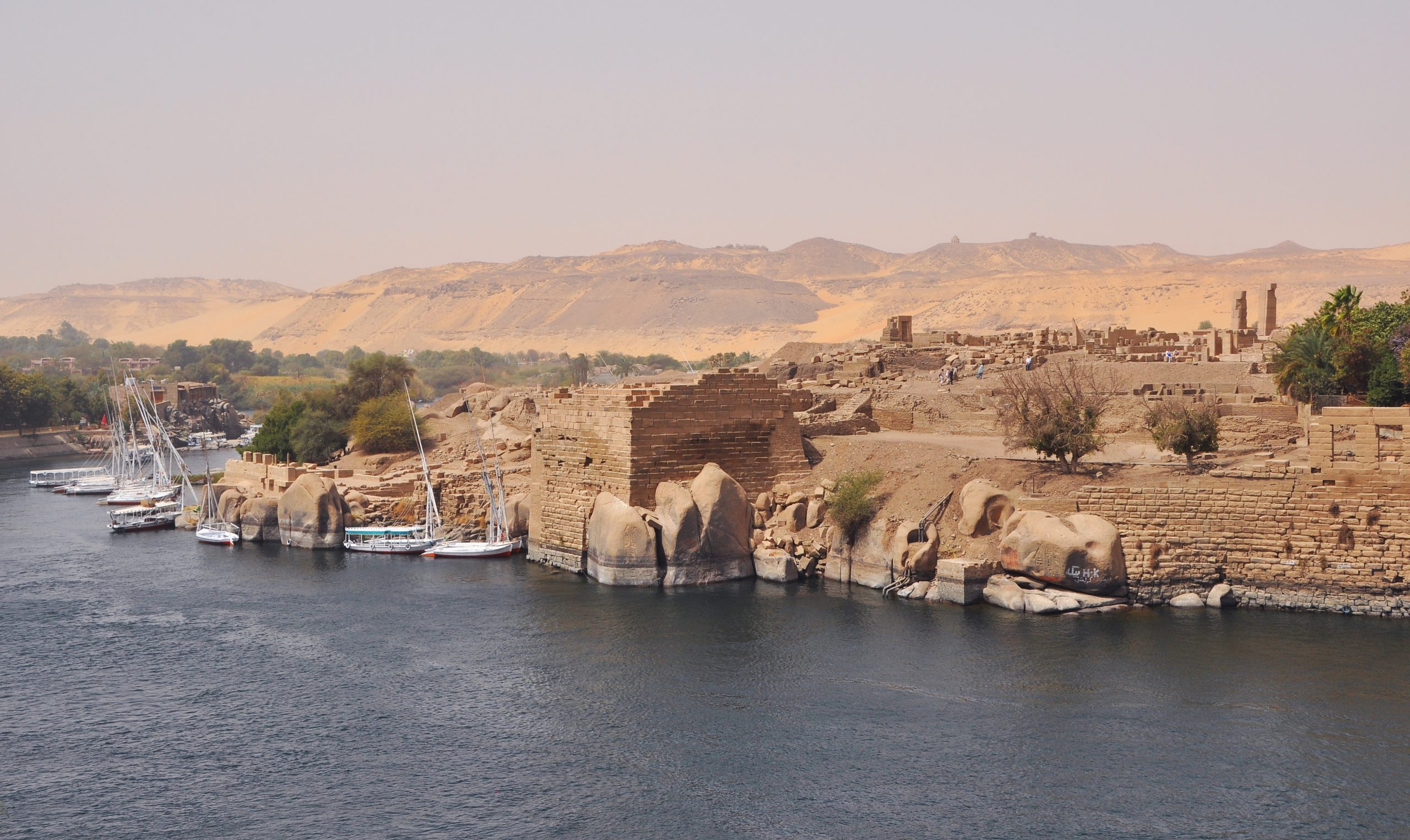 VIDEO: Did Ancient Israelites Build Temples Outside of Jerusalem?

View the article and video on Book of Mormon Central.

Some time after their arrival in the New World, Nephi and his followers separated themselves from the Lamanites and established a small community of believers (2 Nephi 5:5–15). The Book of Mormon reports that at that time, Nephi constructed a temple. “And I, Nephi, did build a temple; and I did construct it after the manner of the temple of Solomon save it were not built of so many precious things; for they were not to be found upon the land, wherefore, it could not be built like unto Solomon’s Temple. But the manner of the construction was like unto the temple of Solomon; and the workmanship thereof was exceedingly fine” (2 Nephi 5:16).

Some have wondered whether building a temple outside of Jerusalem would’ve been appropriate for devout Israelites following the Law of Moses. At least three different antagonists of the Book of Mormon during Joseph Smith’s lifetime immediately attacked the Nephite record for supposedly contravening biblical law, which these critics insisted forbade building any temples outside of Jerusalem.1 Others have also wondered how it would have been logistically possible for a small band of Nephites to build a temple “after the manner … of Solomon,” which took years of intensive, large-scale labor to construct.2

Although unknown in Joseph Smith’s day, archaeological work has now uncovered that ancient Israelites did, in fact, construct temples “after the manner … of Solomon” at locales outside of Jerusalem and even outside the land of Israel, for that matter. According to William J. Hamblin and David Rolph Seely, “Archaeologists have uncovered evidence of at least four Israelite temples not mentioned in the Bible that flourished during [the time before Lehi].” These temples have been found at Megiddo, Arad, Lachish, and Beersheba.3

Concerning the temple at Arad, for instance, Philip J. King and Lawrence E. Stager write, “The temple [is] dedicated to the God of Israel” and consists of a tripartite structure with “a forecourt, main hall, and Holy of Holies,” the same as Solomon’s Temple. While the temple at Arad is not entirely like Solomon’s Temple (it is a “broad-room” type as opposed to the Jerusalem temple’s “long-room” type layout), it shared enough similarities in architecture and function to be unmistakable as an authentic Israelite temple, complete with its own force of administrative priests.4

In 2020 archaeologists at Tel Aviv University in Israel published an article describing the discovery and excavation of a temple at Tel Moẓa just 4 miles northwest of Jerusalem. “It apparently stood, operated, and welcomed worshipers throughout most of the Iron Age II, from its establishment around 900 B.C.E. until its demise sometime toward the end of the Iron Age (early sixth century B.C.E.).”5 Among other reasons, its proximity to Jerusalem and its architectural parallel with the structure of Solomon’s temple are indications that the temple at Tel Moẓa was indeed a sanctioned Israelite temple.6

What’s more, the Bible itself “describes at least eleven buildings that can be identified as shrines dedicated to the worship of Yahweh,” as Hamblin and Seely clearly showed. Their list includes holy places at “Shiloh, Dan, Bethel, Gilgal, Mizpah, Hebron, Bethlehem, Nob, Ephraim, Ophrah, and Gibeah.”7 Thus, in addition to actual temples, ancient Israelites were evidently not hesitant to construct smaller places outside of Jerusalem for worshipping the Lord.

But perhaps the most famous, and, for the Book of Mormon, most important, example of an ancient Israelite temple being built outside of Jerusalem is the temple that was built by Jewish refugees on the island of Elephantine in Egypt. As confirmed by a corpus of letters written by the Jews living on the island to officials back in Judah, the community had been ransacked by the pagan Egyptians, and local leaders requested redress. “[A] very fragmentary column [in one of the papyri] referred to Temple sacrifices and included a three-fold petition, apparently for protection and the Temple’s reconstruction,” as reported by a leading Jewish scholar Bezalel Porten.8

Yet another letter in that collection refers explicitly to the temple (and the sacrificial ordinances occurring there) a number of times, and “bare traces of the temple itself may have been uncovered in recent excavations.”9 Although the temple at Elephantine post-dates Lehi’s departure from Jerusalem by about two centuries, it gives strong evidence that ancient Jews were not reticent to build sanctuaries outside of even the land of Israel itself when necessary.

The evidence of ancient Israelites building temples outside of Jerusalem indicates that Nephi was not breaking from established custom in his construction of a temple in the New World.10 Nephi was undoubtedly well-versed in the scriptures and religious practices of his day and knew the importance of having the blessings of the temple in both his life and the lives of his followers. Following an indisputable precedent, he maintained continuity with his Israelite heritage by building a temple where he and his small band of followers could focus their love, devotion, sacrifices, and obedience to God.

The evidence from Elephantine  supports the veracity of the Book of Mormon’s report that Israelite refugees built temples outside of the land of Israel. Following the destruction of Solomon’s Temple, certain Jews in Egypt built a small temple to continue religious practices in the community, precisely as the Nephites did, as recorded in the Book of Mormon.

As Hugh Nibley explained, “The discovery of the Elephantine documents in 1925 showed that colonies of Jews actually did flee into the desert in the manner of Lehi, during his lifetime, and for the same reasons; arriving in their new home far up the Nile, they proceeded to build a replica of Solomon’s Temple, exactly as Lehi did upon landing in the New World.” Speaking of the Nephites, Nibley accordingly summarized elsewhere, “In all these things they were simply following in the established line without any break from the past.”11

Righteous Israelites in antiquity were a temple-building people. In their poverty, they constructed a tabernacle in the wilderness as the Lord commanded them to do. Wanting to keep the Lord’s presence central in their personal lives and  community, the observant Israelites transported that precursor of the temple with them as they wandered for forty years in the desert and even long after they had settled in their promised land. Once the time was right, Solomon built a permanent temple in Jerusalem. In a similar manner, Nephi and his people followed this pattern of consecrated devotion once they had reached the land of promise given to them by the Lord their God.

1.“[The Book of Mormon] represents the temple worship as continued in his new land of promise contrary to every precept of the Law, and so happy are the people of Nephi as never to shed a tear on account of excision, nor to turn an eye toward Jerusalem or God’s temple.” Alexander Campbell, “Delusions,” Millennial Harbinger 2, no. 2 (7 February 1831): 92. “[The Book of Mormon] represents the temple service continuing in this land, contrary to every precept of the divine law to the Jews in the Bible.” “Mormonism,” New York Weekly Messenger and Young Men’s Advocate (29 April 1835). “[The Book of Mormon] finds the North American Indians . . . building temples five thousand miles from Jerusalem, where alone the Jews were to worship, but [also] offering sacrifice, and performing all the functions of the priesthood acceptably to the Lord, and still exhorting each other to keep the law of Moses.” James H. Hunt, Mormonism: Embracing the Origin, Rise and Progress of the Sect, with an Examination of the Book of Mormon; Also, Their Troubles in Missouri, and Final Expulsion from the State (St. Louis: Ustick & Davies, 1844), 86.

2.See for instance the argument along these lines entertained by B. H. Roberts, Studies in the Book of Mormon, 2nd ed., ed. Brigham D. Madsen (Salt Lake City: Signature Books, 1992), 259–261. Brant Gardner and Mark Wright have responded to this concern by noting that Nephi’s temple could conceivably have been “after the manner of Solomon’s” in cosmic, ritual function and perhaps basic architectural layout (although later Nephite temples would have almost certainly adopted and followed Mesoamerican temple patterns), not necessarily scale and grandeur, which they acknowledge would have been practically impossible for the small Nephite colony to replicate. See Brant Gardner, Second Witness: Analytical and Contextual Commentary on the Book of Mormon (Salt Lake City: Greg Kofford Books, 2007), 2:101–104; Mark Alan Wright, “Axes Mundi: Ritual Complexes in Mesoamerica and the Book of Mormon,” Interpreter: A Journal of Mormon Scripture 12 (2014): 81–82.

4.Philip J. King and Lawrence E. Stager, Life in Biblical Israel (Louisville, Kentucky: Westminster John Knox Press, 2001), 338; William G. Dever, What Did the Biblical Writers Known And When Did They Know It? (Grand Rapids, Mich.: William B. Eerdman’s Publishing, 2001), 181. “Several priestly families at Arad, with names identical to such families in the Bible, are, in fact, known from the ostraca, or inscribed potsherds, one of which also mentions the ‘house/temple of Yahweh’.”

9.Porten, “Request for Letter of Recommendation (First Draft), in The Context of Scripture, Volume III, 125.