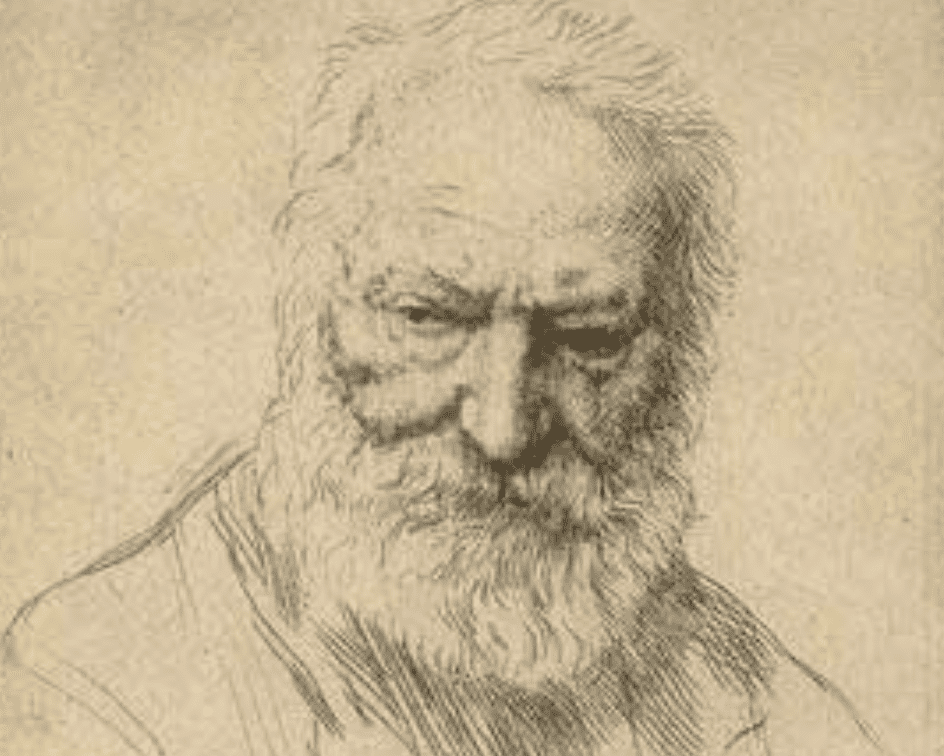 We have been using a bit of our extra at-home Sabbath time to do some family history.  Today, we read through notes that were taken at the funeral of my wife’s great grandmother.  One of those who spoke at the funeral quoted from an essay on immortality that the speaker attributed to the great French poet, essayist, and novelist Victor Hugo (best known in the English-speaking world for his novels The Hunchback of Notre-Dame [French: Notre-Dame de Paris, 1831) and Les Misérables [1862]).  I have checked these remarkably complete notes against a couple of online sources and produced an amalgamated and perhaps corrected text of the passage that was read at the funeral.  It’s quite a statement:

I feel in myself the future life.  l am like a forest which has been more than once cut down.  The new shoots are stronger and livelier than ever.  l am rising, I know, toward the sky.  The sunshine is on my head.  The earth gives me its generous sap, but heaven lights me with the reflection of unknown worlds.  You say that the soul is nothing but the result of the bodily powers.  Why, then, is my soul the more luminous when my bodily powers begin to fail?  Winter is on my head, and eternal spring is in my heart.  I breathe, at this hour, the fragrance of the lilacs, the violets, and the roses as at twenty years.  The nearer I approach the end, the plainer I hear around me the immortal symphonies of the worlds which invite me.  It is marvelous yet simple.  It is a fairy tale, and it is history.  For half a century, I have been writing my thoughts in prose, verse, history, philosophy, drama, romance, tradition, satire, ode, song.  I have tried all.  But I feel that I have not said the thousandth part of what is in me. When I go down to the grave I can say, like so many others, “I have finished my day’s work.”  But I cannot say, “I have finished my life.” My day’s work will begin again the next morning. The tomb is not a blind alley; it is a thoroughfare. It closes in the twilight to open with the dawn.

Not included in the notes from the funeral are the following sentences, which follow the quoted portion:

I improve every hour because I love this world as my father-land. My work is only a beginning. My work is hardly above its foundation. I would be glad to see it mounting and mounting forever. The thirst for the infinite means infinity.

If I understand what he means by “The thirst for the infinite means infinity,” it seems to be similar to an argument that C. S. Lewis used to make — namely, that appetites point to the possibility of their satisfaction.  We would never be thirsty, for example, if there were no water or analogous liquid for which we thirst.  If there were no such thing as food, we would not feel hunger.  Lewis believed that there is a yearning for God and meaning and heaven that powerfully indicates their existence.  Victor Hugo seems to have thought along analogous lines.

Philo Taylor Farmsworth's family have a story about who they think is Victor Hugo. When Philo came to Nauvoo he was kind of adopted by Franklin Dewey Richards who was the Pres of the Twelve. Philo took care of his family as he was asked to spend time away from them. Just before the Saints left Nauvoo. Pres Richards left for a Mission to England and Europe. While there he went to France and through a member of the Church was able to get a permit to hold meetings. During one such meeting a man burst in through the door, very upset. He had lost his PG daughter and son-in-law in a boating accident. No one could comfort him, not even his Church.. They took him into another room and were able to calm him down. Years later this French Church member came to Utah and stayed with Philo Taylor Farmsworth's family. One day as he was out walking he came upon a little girl who had lost the money her mother gave to her to buy some bread after she had gotten some water. This Frenchman calmed her down and gave her money to buy the bread. Does this story sound familiar, It is in Les Miserables.. If you study Victor Hugo's writings you will find bits and pieces of the gospel. Was he the upset man who heard the gospel in that Church Meeting in France?