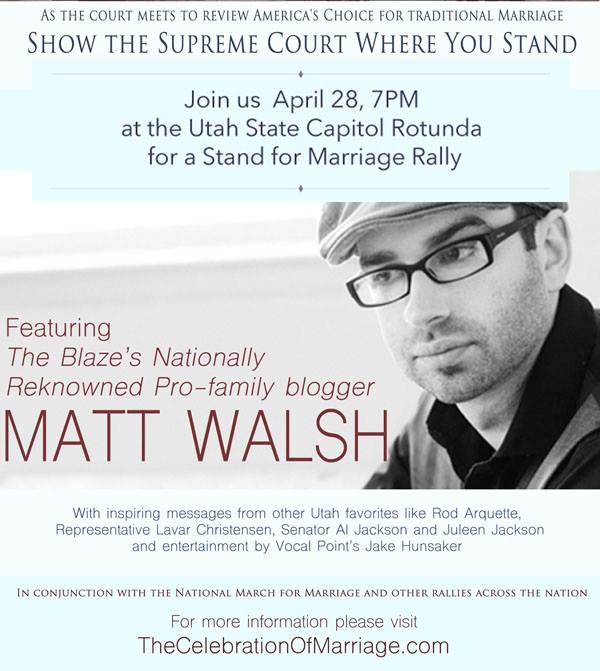 Utah Rallies for Marriage on April 28

On April 28, oral arguments will be held before the Supreme Court that will determine the future of marriage in America. This is likely the last time the Court will address the question of whether America’s children deserve to have both a mother and a father.

While the courts have overturned the citizens votes in state after state—thus forcing same-sex marriage—you can join to stand for traditional marriage at a rally sponsored by Celebrate Marriage at the Utah State Capitol at 7:00 p.m. Tuesday, April 28.

It is important to take a stand in a public way. Speakers include:

Come raise your voice so loud that Justice Kennedy will hear us all the way from Washington D.C. as we stand for #1m1w marriage!

I am home-bound, yet I would love to be with you all. My thoughts and prayers will be there, even though my body can not be. Is there anyway a person like me can help? In days and years past I have gone to the Capital and stood before those men and women to defend the rights of unborn children and on marriage and other issues. You younger people are doing a good work. Keep it up. Hugs from a distance.