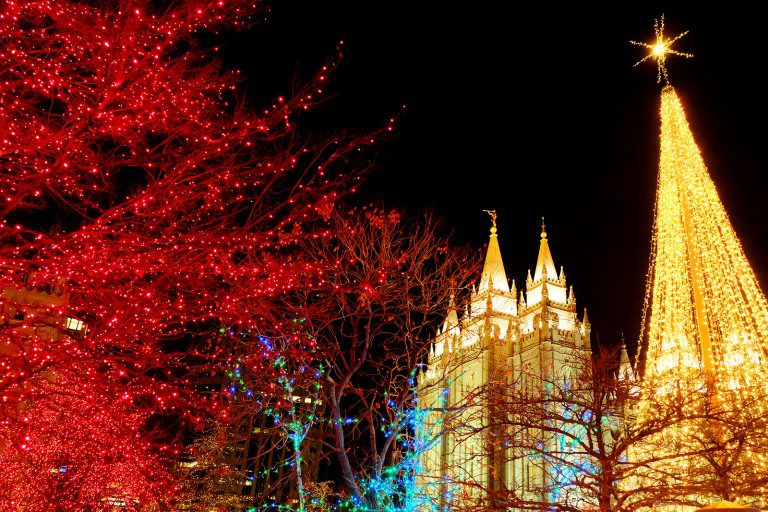 By invitation of the Utah Area Presidency of the Church of Jesus Christ of Latter-day Saints, the greater Utah Tongan Latter-day Saint community will hold a Christmas Musical Fireside in the Tabernacle on Temple Square on December 9, 2018 at 7:00 p.m.

Along with several Tongan choirs, the evening will feature a message from Elder John H. Groberg, an Emeritus General Authority and former President of the Tonga Mission for the Church.

“I am thrilled to be able to meet with dear friends and share stories of the power of faith and family and the Savior during this hallowed Christmas season,” said Elder Groberg.

Prior to his call as a General Authority in 1976, Elder Groberg served two three-year missions to Tonga, first as a young man in the 1950s, then as Mission President in the 1960s. At the insistence of President Thomas S. Monson, Groberg wrote books about both these missions, the first of which became the basis for a major motion picture, The Other Side of Heaven. It has recently been announced that Elder Groberg’s second book, The Fire of Faith, is also being adapted into a major motion picture to be released nationwide in June 2019.

“They are calling it The Other side of Heaven 2: The Fire of Faith, and I have seen some clips from it. I think it is going to be a beautiful film filled with the spirit of the Tongan people and the Spirit of the Lord,” Elder Groberg predicted. “And I think it is a great time for the Tongans’ faith to be depicted so dramatically and distributed so widely throughout the world. We could all learn from their examples of pure, uncomplicated faith, even during severe trials.”

Elder Groberg’s fireside message of ‘Trusting in the Lord’ will be enhanced by showing brief clips from the original film, The Other Side of Heaven, as well as a clip from the new film featuring an appearance by then-Elder Monson, who was the Apostle assigned to supervise the Church in the South Pacific during the Groberg family’s three years in Tonga.

“Elder Monson was a big part of our second mission to Tonga, so it is fitting he is a big part of the second film,” Elder Groberg explained. “I feel such love and gratitude for him and the many personal kindnesses he extended to our family during our mission and beyond. I am grateful he will be portrayed in this new film for the loving, prophetic person he was.”

Elder Groberg continued, “I never would have written the books about my missions to Tonga if President Monson hadn’t insisted I do so. The fact that those books have resulted in the production of two major motion pictures is a great tribute to his prophetic vision.”

Elder Groberg summarized, “I hope this fireside will help the Tongans realize how wonderful their heritage of love and faith really is. But mostly I hope it will help everyone feel our Savior’s love more fully during this Christmas season.”

Attendance at the event is by ticket only with tickets being distributed by local leaders of the Utah-area Tongan stakes.

I hope that this event will be recorded and/or broadcast or streamed for us all to see. I am of Tongan heritage, this would be of great value for us to see, hear, and connect with.