Understanding the People and Places in the Old Testament | Meridian Magazine 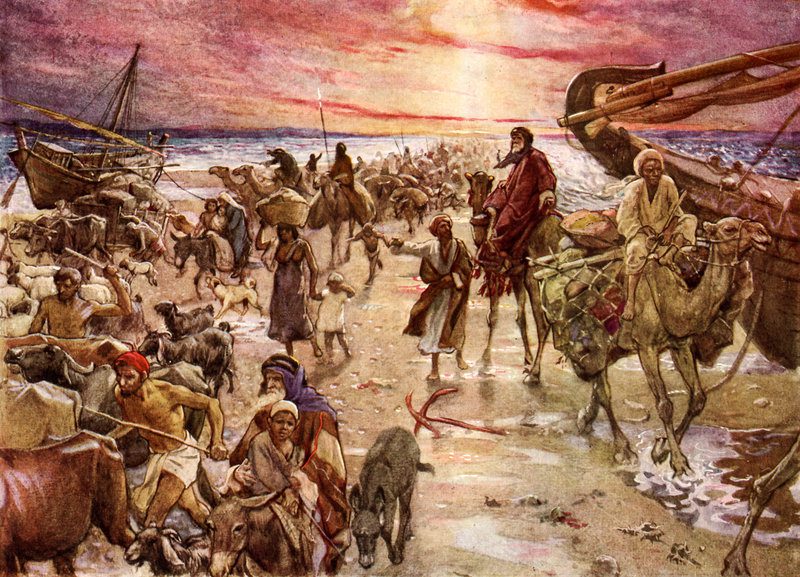 Understanding the People and Places in the Old Testament

Cover image: “The Passage of the Red Sea” by William Hole.

In this episode, Laura Harris Hales speaks with Jared Ludlow about the ancient Near East and its peoples as part of our ongoing series on the Old Testament. They also discuss A Bible Reader’s History of the Ancient World, a textbook used at the BYU Jerusalem Center.

Jared Ludlow has taught in the Ancient Scripture Department at BYU since 2006. Before that, he taught at BYU-Hawaii.  Jared received his bachelor’s degree from BYU in Near Eastern Studies, his master’s degree from the University of California at Berkeley in Biblical Hebrew, and his PhD in Near Eastern Religions from UC-Berkeley and the Graduate Theological Union.

His primary research interests are in Ancient Judaism and Early Christianity.

He enjoys teaching Bible courses, Book of Mormon, World Religions, and History.  Jared served a LDS mission to Campinas Brazil and has also lived in Germany and Israel, including teaching at the BYU Jerusalem Center.  He likes sports, snorkeling, and teaching.