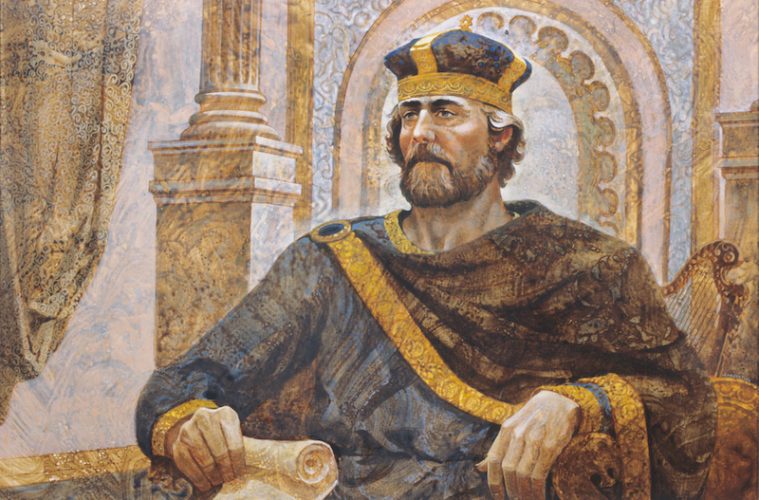 Understanding the Kingdoms of Ancient Israel

The Old Testament prepares us for the United Monarchy, telling of Joshua marching Israel into the Promised Land, conquering virtually every city in their path. Joshua then allots land to each of the tribes of Israel. After Joshua, came the reign of the Judges. Their history, Pike notes, only has two judges that actually make decisions, at least according to the Bible: Deborah and Samuel. All of the others are regional leaders, who seek to liberate the local tribes from foreign rule. This system is problematic, as individual tribes are often too weak to protect themselves from foreign invaders. The people ask Samuel for a king, so they can be like the other nations and defend themselves. As seen in the Bible, this worked out to be both a blessing and a curse.

Pike throws greater light on these books of the Old Testament, explaining that Samuel and Kings were written centuries after the United Monarchy ended. The writers’ political and religious affiliation was in the same vein as that of the authors of Deuteronomy, with a focus on the centralization of the temple, the promised blessings for obedience, and grievous curses for disobedience. In this setting, we first see Saul blessed with kingship, but later revoked by Samuel due to his disobedience. Much focus is given on David’s reign and history, from Goliath to establishing the kingdom all the way to the Euphrates River in Babylon.

No one knows for certain exactly how long the United Monarchy lasted, though it is usually estimated at a century. Pike notes that the 40-year reigns of both David and Solomon may not be exactly that period of time, as the number 40 is often used in the Old Testament as a round number to signify a long period of time.

The Divided Monarchies arose after Solomon. The Ten Tribes asked Solomon’s son, Rehoboam, for some changes to make life better for them, but he refused. Led by Jeroboam, the Northern Tribes broke off, forming the kingdom of Israel. Rehoboam and his descendants would rule over the Nation of Judah. The “sin of Jeroboam” is discussed in a new light, showing it to be Northern Israel’s replacement for the worship of Yahweh in the Jerusalem Temple.

Listen in as Dana M. Pike explores the background behind the United Monarchy, reshaping how we view the great king David and his contemporaries.

Dana M. Pike is a professor in the Department of Ancient Scripture and in the Ancient Near East Studies program at BYU. Just prior to his assignment as Department Chair, Dr. Pike was an Associate Dean of Religious Education. He has taught at BYU since 1992, including two different years at BYU’s Jerusalem Center for Near Eastern Studies. Dr. Pike received his BS in Near Eastern Archaeology and Anthropology from Brigham Young University and his PhD in the Hebrew Bible and Ancient Near Eastern Studies from the University of Pennsylvania. His research centers on the Hebrew Bible and the Dead Sea Scrolls, as well as related topics of interest to Latter-day Saints. He was one of the international editors of the Dead Sea Scrolls.