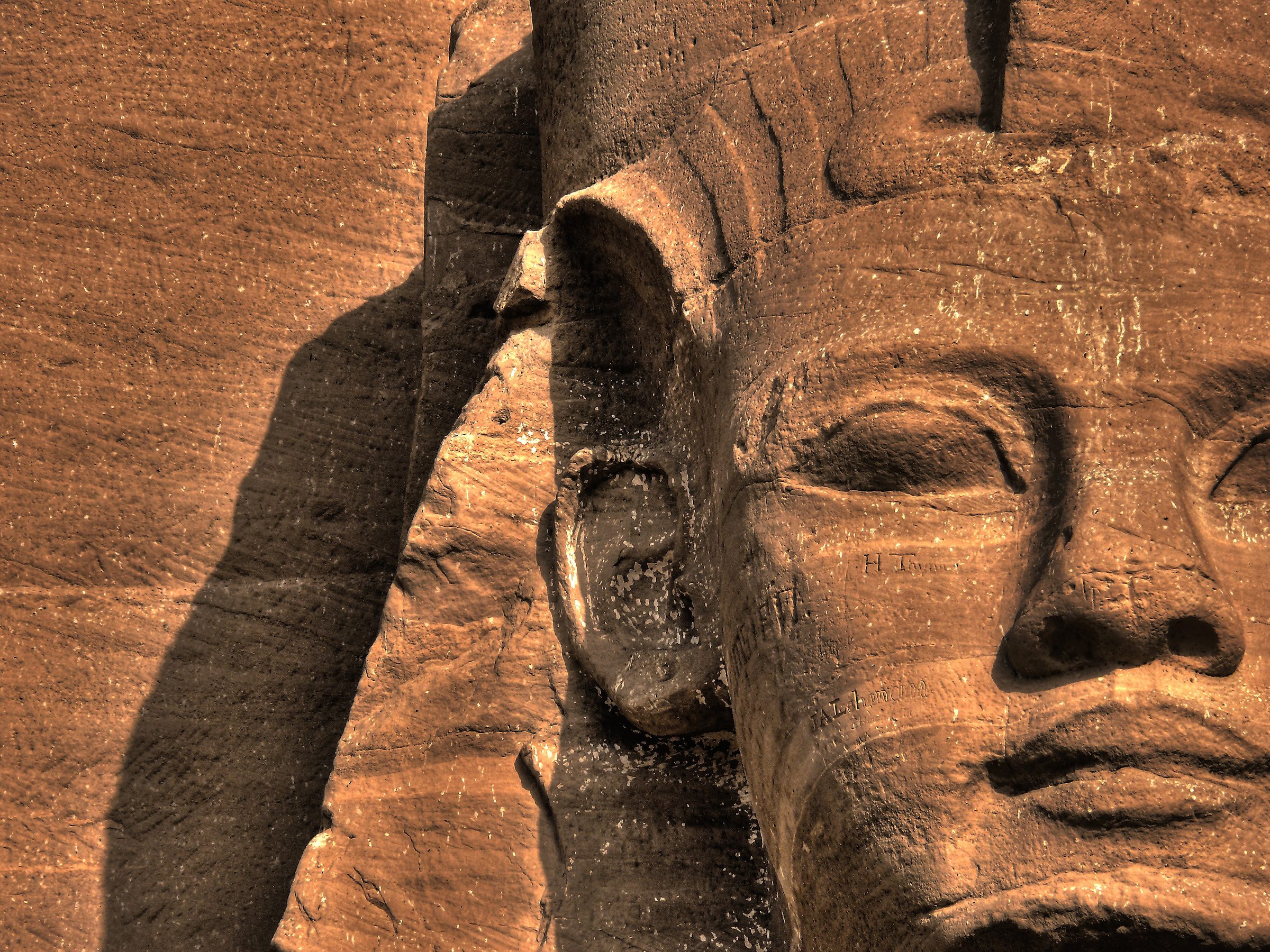 Uncovering Truth from the Sands of Egypt

Prophet-writers of the Book of Moses, the Old Testament and the Qur’an made similar predictions for our day: truth would come forth from out of the earth.1 In addition to the coming of heavenly messengers from above to announce, reveal and bestow, the Last Days would also see the coming forth of Truth from the dust of the past. And, of course, even before the re-establishment of the church, the plates that gave us the Book of Mormon – the keystone of our religion – literally came forth from their hiding place in the earth. Later, the dusty tombs of Egypt would give us the Book of Abraham.

Since then an abundance of other truths, revelatory and confirmatory, have also come forth for those who have eyes to see, and ears to hear. The list is now quite long. The Dead Sea scrolls, the Nag Hammadi texts, the Nahom altars and a multitude of other writings and inscriptions have emerged, confirming the existence of various persons, places and events.

Together they have built a magnificent mosaic that sheds light on the past and also supports the literalness of our scriptures. But that mosaic still has some pieces missing.

We know, for example, that other Nephite records and the records of other tribes and peoples are still to come forth. And I am sure that the story of the Old World setting of the Book of Mormon is not yet over. But there will also come surprises, things we have not anticipated. In this article I present another truth that has come to light – one of the most astonishing – for the desert sands of ancient Egypt have yielded another of its secrets.

In 1981, a team of archaeologists from BYU began excavations at a site in Faiyum, south of Cairo. They worked at a small pyramid, the Seila pyramid, and then at a large adjacent cemetery covering some 309 acres/125 hectares. While some of the burials were in tombs cut into the limestone; many of them – in their thousands – have proved to be in vertical shafts, usually containing multiple burials. To date, over a thousand have been excavated.

The excavations have, of course, yielded a wealth of insights into life in this part of Egypt roughly two millennia ago. The dry climate has preserved things remarkably well, including the textiles in which the bodies were wrapped for burial.

The first thing of interest to emerge was the fact that the burials were carefully positioned in an east-west orientation. The older, earlier, burials were done in accordance with traditional Egyptian belief: that the dead would rise up and go to the west. Thus they were buried with the head to the east and the feet pointing in the direction of travel, the west. But as burials dating to the second half of the first century AD were opened, this practice was reversed in almost every case. The bodies were now facing east.

To change a significant cultural practice so strikingly, especially a matter as conservative as burial, requires a reason. Immediately, the possibility that these were Christian burials began to be considered. For one thing, the change in direction dated from the middle of the first century AD, when we know that Christianity penetrated Egypt. It was not possible to determine whether these were members of the early church who moved to Egypt, or were converted there, but burial facing east, in the direction the Savior was expected to come, was a Christian practice early on. This likelihood began to be strengthened when the Christian symbol of the cross began to be found in some of the burials.

It was also found that the burials facing east were different in other ways. Archaeologists began finding cups and other vessels buried with the bodies, suggesting that some kind of sacrament-like ritual may have been held at the graveside, symbolically linking the deceased with the living. These were not found with the earlier burials.

Then something else became apparent. The quality of the textiles used improved substantially in these later burials. The cloth used was new, never-used, and was of a much better quality than the earlier burials. The clothing was more elaborate and intricate. One burial had an incredible twenty-six layers of clothing; some of it woven with designs in different colors knitted into it. Clearly, the family and friends of these later burials attached great significance and went to great expense in ensuring that their loved ones were buried properly attired. But there was still more.

A number of the bodies were dressed in a particular way. Firstly, worn next to the skin was a woollen garment, and here I quote from the 1993 article published in BYU Studies, “sufficiently well preserved for us to observe that small rosettes have been woven over each breast and one on the right leg near the knee, but there is no corresponding rosette on the left leg. Across the lower abdomen, the material also has a hemmed slit about six inches long.”2 Furthermore, the outer clothing consisted of linen strips “wrapped around the upper half of the body [and] gathered together into a complex knot. This knot is found on the left shoulder on two of the robes, and on the right shoulder of the remaining eight robes. The symbol of the scared knot or bow is common in Egypt and elsewhere and may indicate sacerdotal, or priestly, authority.”3

Clearly, this intimate, very sacred, glimpse into that distant world reminds us there is still much for us to learn about the early Church established by Christ and its functioning. The first implication is that at least some of the early members, far removed from Jerusalem, had access to all of the ordinances and their associated covenants. This is a tangible reminder that the principles hinted at in the writings of the Apostles Peter and John the Beloved, in particular, went beyond mere teachings and theory, but found practical application among the early saints.

While much remains to be learned about these burials and the lives of these people,4 it reinforces the principle that the Temple and its ordinances are the sacred thread uniting all dispensations, from the beginning to the end.

It also comes at a time when the mission of the Prophet Joseph Smith is under attack as never before. For those with eyes to see, ears to hear and a heart to understand, what has come forth out of the earth in this ancient Egyptian cemetery strikingly testifies that what Joseph Smith gave us is truly the restoration of the ancient patterns of eternal truth.

Truly, we are being left without excuse.

Thank you so much for another excellent read! What a wonderful testament of the truth!