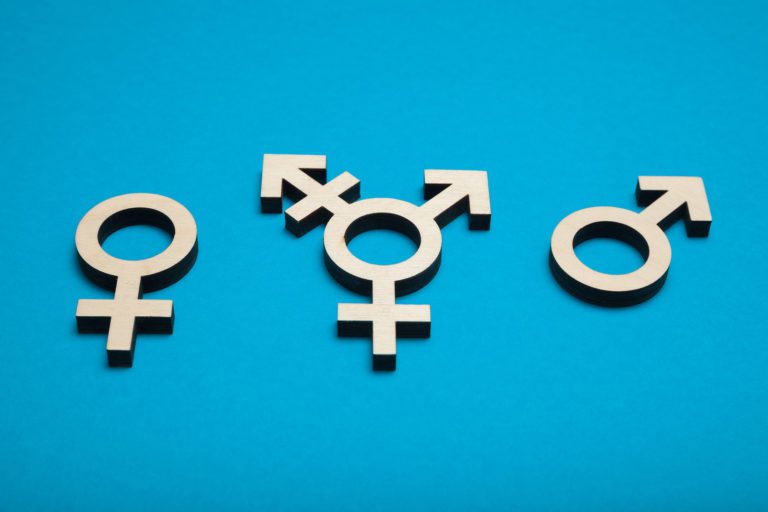 “We are more than you, and essentially you need to learn how to become a bit more like us.” That was the message Katlego Kai Kolanyane-Kesupile, the Religion Fellow at OutRight International, delivered to heterosexuals attending an event held at the United Nations on July 15, 2019. The event, organized by OutRight, was titled “Gender Diversity Beyond Binaries” and included remarks from the UN Ambassador from Argentina, members of LGBT activist organizations and the UN Independent Expert on Sexual Orientation and Gender Identity, and, most importantly, the executive director of UN Women.

The “binary” refers to the classification of gender and/or sex into two distinct forms of masculine and feminine. It is something human civilization has recognize since the beginning of time and the first thing commented on by doctors at the delivery of a child. “It’s a girl!” UN Women was created in July 2010 as the entity entrusted with promoting the empowerment of the female half of that binary. According to the United Nations website: “UN Women supports UN Member States as they set global standards for achieving gender equality, and works with governments and civil society to design laws, policies, programmes and services needed to ensure that the standards are effectively implemented and truly benefit women and girls worldwide.” Yet in her remarks, UN Women Executive Director Mfuzile Mlambo-Ngcuka indicated that UN Women has altered its mandate to achieve “gender equality” to mean not just equality between men and women (the binary), but to include equality between “all genders,” which incorporates trans individuals. This effort to expand gender actually just destroys it and, in the process, leaves women in the dust.

“Gender equality” – a conflation of definitions and rights

When it comes to “gender equality” we are seeing the conflation of issues of equality and human rights mixed with a redefinition of terms. The UN defines “gender equality” as a human right. When UN Women was formed, at issue was equality between men and women. But UN bodies have recently begun to redefine “gender equality” to mean equality between men, women, transmen, transwomen, and a host of other “genders.” There is no argument that all people, however they identify, should be treated with dignity, and enjoy physical and economic safety, or as the United Nations Universal Declaration of Human Rights (UDHR) states: “Everyone has the right to life, liberty and security of person.” But identity and human rights does not entitle governing entities to undermine the protections of biological females to the benefit of biological men who identify as women. Yet that is precisely the direction the UN and society is going.

There has been real progress in protecting the safety and wellbeing of gender non-conforming individuals around the globe. The European Union and the United Kingdom as well as Australia and South Africa protect trans individuals from discrimination in employment. One UK study shows that in the last 20 years, the number of individuals who claimed they were forced from jobs after transition decreased from 37% to 16%. The problem is that job security isn’t enough. Trans individuals, particularly transwomen, insist on inhabiting protected female space such as bathrooms, locker rooms and prisons. In increasing numbers, they compete in women’s athletic events, often devastating their competition. They have even begun to be recognized for their achievement as women. For instance, transwoman, Katie Cornhill, was nominated for Woman of the Year in the UK. Does “woman” as a category, designation, or identity really have any meaning if someone who will always have X and Y chromosomes can say “I’m a woman”? How exactly does eviscerating the meaning of womanhood “benefit women and girls worldwide?”

What is really at the heart of this war of words and biology is validation. That explains the legal pressure to alter language when referring to trans individuals. Civil discourse requires that we accommodate the preferences of those with whom we interact. However, to call a he a she, or vice versa, is a lie that some people just can’t perpetuate. And validation requires that those people be made examples of.

Take the case of Peter Vlaming. Vlaming was a high school teacher in the West Point, Virginia school district who was fired for referring to a trans male as “her.” Vlaming never said this to the student’s face, but in conversation with others. Vlaming, unfortunately, slipped up when the student in question was about to run into a wall. In an effort to protect the student, Vlaming told others to “stop her.” Vlaming, a Christian, feels that it is against his religious convictions to call a trans individual by his or her chosen pronoun. His offer to use the name of the student in question and avoid the use of pronouns, a solution grounded in mutual tolerance, was rejected by the school board.

Another case of coercion and retribution is that of a UK doctor who also lost his job for his Christian belief that “gender is determined biologically and genetically.” Dr. David Mackereth knew that his refusal to use the chosen pronouns could end his career, but he said he could not live with himself if he didn’t speak up. “It would be dishonest — and I didn’t want to live a lie.”

Canada has taken pronoun misuse to an even higher level where individuals who repeatedly refuse the use of chosen pronouns could be charged with a crime. In 2017, Canada passed bill C-16 which added the words “gender identity or expression” to the Canadian Human Rights Act, the part of the Criminal Code which addresses hate speech, and the portion of the Criminal Code dealing with sentencing of hate crimes. Under this law, consistent refusal to use a preferred pronoun could constitute a hate crime. Punishment could include monetary and non-monetary penalties such as sensitivity training, issuing an apology, publication bans, or, in the worst case, jail time.

The UN as an attitude and values shaper

According to its Charter, one purpose of the United Nations is “to achieve international co-operation in solving international problems of an economic, social, cultural, or humanitarian character.” That makes for a broad range of issues. One of the ways that it fulfills that purpose is through aid. Billions of dollars are spent each year to address social issues. As UN agencies, such as UN Women, redefine the meaning of gender and gender equality, aid, which traditionally benefited women, will be redirected. Phumzile Mlambo-Ngcuka, the Executive Director of UN Women, stated that “We have a responsibility to set standards – that is one of our mandates – in terms of policy for member states and for nations.” UN Women will work until “equality of all genders becomes the norm.”

So much for the unique needs of women and girls.

The UN not only has deep pockets to advance the new definition of gender equality, but is has, according to Victor Madrigal-Borloz, the UN Independent Expert on Sexual Orientation and Gender Identity, “a vigorous human rights framework that is made of the UPR [Universal Periodic Review], the office of the high commission of human rights, the special procedures, of which I’m one…and, of course, the treaty bodies. And all of that machinery is there to be used…and it has no exclusions. No country in the world is not subject to that advice and scrutiny.”

The world grows ever smaller, and, because of that, important influencers and decision makers form a broad network to advance evolving concepts of gender identity, gender equality and human rights. These concepts are promoted internationally by the UN, but they are implemented locally through government, business, academia, the news and entertainment media, and highly funded advocacy organizations and foundations. This redefinition of gender and gender equality is all around us. We see it in dangerous legislation such as the Equality Act in the United States, in school curricula, in movies and television. We see it in corporate logos transformed into rainbows during the Pride month of June.  It is especially directed towards children. Influencers know to target the young, but parents are still the biggest influence in a child’s life. And there’s great power in that. Our work to protect them must begin before they are in school, and it absolutely includes speaking out against harmful legislation and public education mandates. The brave Peter Vlaming’s of this world also need our support. Consider contributing to the organizations that provide (free) legal assistance to these individuals. Their success is our success.

It is easy to feel like you are outflanked in the crucial debate over the definition of gender. In making your voice heard, you will see that you are surrounded by like-minded individuals. Stand together and resist. You can do this.

This article voices a concern I have had for a very long time. We are being forced to shun truth in favor of "acceptance." A recent court case in Canada involved a female who ran a waxing service exclusively for women who was being sued by a man who identified as a woman wanting her to perform her services even though he/she still had all the male characteristics. The poor woman is being forced to either shut down her business or perform her service on a man who claims to be a woman. How does this protect the women in our society? Isn't this forced sexual abuse in the guise of "acceptance" of a person's "preferred" gender? Where does it end?

Thanks for the article. "However, to call a he a she, or vice versa, is a lie that some people just can’t perpetuate. " This has exactly been a major concern for me while in gov't service and factor in my decision to leave. I felt exactly as you described -- I would forced to lie in the name of political correctness. I feel we are increasing hemmed into a place where we are required to think and act a certain way, contrary to our natural rights and religion, yet it seems very little notice is taken of these 'flaxen cords' about our necks until it will be too late. The free ground to side step these issues is shrinking unless there is some form of "containment" (think Cold War) of the authority such ideas have over our lives. Isn't that worth struggling for? It is also disturbing that there seems so much willingness to (irrevocably) yield on principles in the name of peace-making. How is it that a real right, such as property rights (owners of housing and employment), are subject to unjust laws enforcing fabricated "equality" rights? Upon what grounds? What? Will we soon be told our purchases and other similarly voluntary engagements in society must also reflect that day's version of 'diversity' and 'equality'? Um, no. ...As was stated, there is no 'right' to 'validation'.