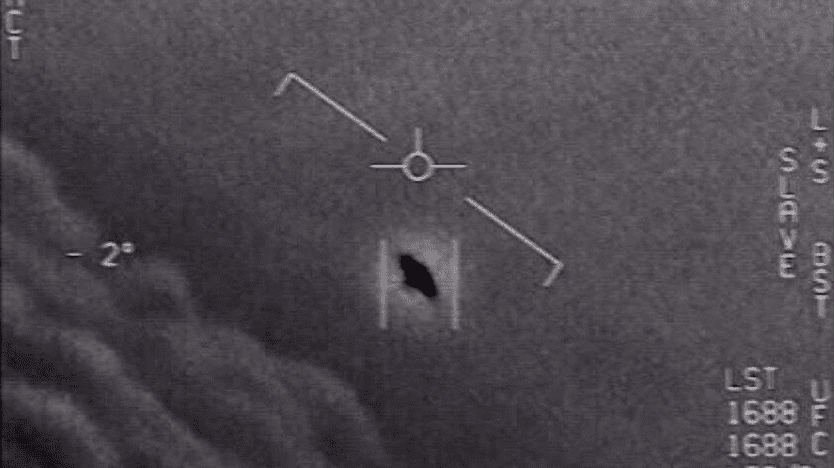 Few who follow the news to any degree will have failed to notice the sudden increase over recent months in stories about UFOs or UAPs (“Unidentified Aerial Phenomena” the acronym now preferred by the US military). Most of the news reports center on a number of encounters with mysterious craft by naval and civilian pilots, and by naval ships, events firmly documented visually, on radar and on film. Beginning in 2017, the US military ruled out the possibility that secret, perhaps experimental, US technology was being observed.

Friday, June 25th, an unclassified version of that report will be presented to the members of Congress by the Director of National Intelligence. By any measure, it will be historic. A briefing given to members of the House Intelligence Committee on UFOs was held earlier last week and the pols emerged from the meeting saying the issue was important, no matter what the source, if it impacts the safety and security of the nation.

Rep. Mike Quigley (D. Ill.) said that this means that UFOs are being taken seriously for the first time. “The stigma is gone,” he said, “Now that’s as big a change in policy as I’ve witnessed about this issue in my lifetime.

As for the existence of extra-terrestrial life, the lawmakers declined to tell the reporters what they learned, and it is expected that the June 25 briefing to Congress will refrain from assigning alien life as the source of these phenomena.

Whatever is contained in the briefing being delivered to Congress by the Pentagon later this week, it will not be the whole story. It is expected to be what is known in the intelligence community as a “limited hang-out,” where only some of the truth is revealed. For example, if the briefing acknowledges that the US and other nations have long had recovered craft and wreckage, it will not disclose whether any crews of these craft survived.

The briefing may well attempt to place suspicion on the technology being Russian, or even Chinese in origin. This is nonsense, of course, because neither of those countries had any advanced technology until very recent years, whereas UAPs have been around for many decades, with reports dramatically increasing as earth reached the atomic age.

A high-speed unidentified object sighted visually, on radar and on video tracked by a Navy pilot in 2015. Still capture from official US Navy video released.

This information has been of particular interest to some members of the Church. Retired Senator Harry Reid (D. Nevada), an active member of the Church has been at the forefront in pushing for the Pentagon to release what information it has on UAPs.  Other Latter-day Saints such as Professor Frank Salisbury, a plant physiologist at Utah State and author of The Utah UFO Display (2010) and BYU-educated lawyer, James L. Thompson, author of Aliens & UFOs: Messengers or Deceivers? (1994) have also been intrigued.

I have long been perplexed by the reluctance – sometimes even animosity – from some in the Latter-day Saint community, aided by a compliant media, to acknowledge the reality of a phenomenon recorded consistently worldwide, regardless of culture, throughout recorded history. In some cases, the opinions I have encountered clearly originated in Hollywood, not in science and evidence. And it is a particularly strange disconnect with Latter-day Saint teachings going back to 1830 when the first chapter of the Book of Moses confirmed, in well-known verses, that there are innumerable other worlds containing the children of God.

Of all faiths, we should have a strong reason to seriously consider the encounters reported by pilots, astronauts, astronomers, law enforcement and literally millions of citizens that some of our brothers and sisters from other worlds come here from time to time. In recent years, our science is beginning to understand why light speed is no barrier to them. Clear photographic images of craft now exist in the thousands; in fact, some of the best in recent years has come from NASA cameras on the International Space Station. In short, there is a super-abundance of data in every category of evidence imaginable and most of it has long been readily available to any serious researcher.

Still, official disclosure confirming that the phenomenon is real and can no longer be dismissed and the existence of technology that vastly exceeds our own is to be welcomed. There will be more to be revealed, but there is already enough for the discerning to see that it is just the tip of an iceberg that may increasingly be a part of our future.

the truth is out ther. fox mulder

The next big false flag hoax could easily be an alien invasion. We have proven to be easily duped and it's another great excuse to confine us to our houses, destroy the economy, and take away our liberty.