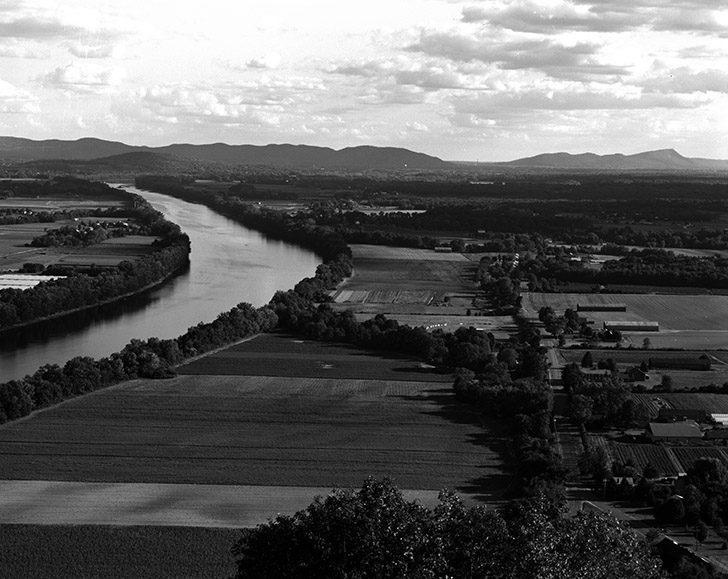 In Lebanon we settled down and began to congratulate ourselves upon our prosperity and also to renew our exertions to obtain a greater abundance of this world’s goods. We looked around us and said, What do we now lack? There is nothing of which we have not a sufficiency to make us and our children perfectly comfortable, both for food and raiment, as well as that which is necessary to a respectable appearance in society both at home and abroad.

Taking this view of the subject, we thought it time to begin to provide for the future wants of our family and ourselves when the decline of life would come upon us. This raised our ambition much. I commenced by laying in for the ensuing winter one hundred pounds of candles, that we might better pursue our labors;[1] two hundred yards of cloth for a stock of clothing for my family; and as my children had been deprived of school, we made every arrangement to supply the deficiency. Our second son, Hyrum, we established in the academy in Hanover.[2] The remainder who were old enough attended a school nearby,[3] whilst their father and myself were industriously laboring late and early to do all in our power for their future welfare.[4]

In the upper Connecticut River Valley more that 6,000 died from the typhoid epidemic.

We met with success on every hand, but the scene soon changed. In 1813, the typhus fever came into Lebanon and raged there horribly.[5] Among the rest who were seized with this complaint was my oldest daughter, Sophronia, who was sick four weeks; next, Hyrum came from Hanover sick with the same disease; then, Alvin, my oldest, and so on until there was not one of my family left well, save Mr. Smith and myself. Here I must request my readers to bear with me, for I shall probably detain them some time.[6]

Close-up of a very special medical bag you will learn more about in Chapter 15.

Sophronia was very low and remained so eighty-nine days. On the ninetieth day the attendant physician declared that she was so far gone that it was impossible for her to receive any benefit from the effects of medicine and discontinued his attendance upon her. That night she lay utterly motionless, with her eyes wide open with that peculiar set which most strikingly exhibits the hue of death. I gazed upon my child as a mother looks on the last shade of life in a darling child. In the distraction of the moment, my husband and I clasped our hands together and fell upon our knees by the bedside and poured our grief and supplications into his ears who hath numbered the hair upon our heads.

Did the Lord hear our petition? He did hear us. And I felt assured that he would answer our prayers; but when we rose to our feet, the appearance was far otherwise. My child had apparently ceased to breathe. I seized a blanket, threw it round her, caught her in my arms, and commenced pacing the floor. Those present remonstrated with me, saying, “Mrs. Smith, it’s all of no use. You are certainly crazy. Your child is dead.” Notwithstanding, I would not, for a moment, relinquish the hope of again seeing her breathe and live.

My reader, are you a parent? Place yourself in the same situation. Are you a mother who has ever been in like circumstances? Feel for your heartstrings. Can you tell me how I felt with my expiring child strained to my bosom, which thrilled with all a mother’s love, a mother’s tender yearnings for her own offspring? Would you then feel to deny that God had power to save to the uttermost all who call on him? I did not then and I do not now.

At last, she sobbed. I still pressed her to my breast and walked the floor. She sobbed again and then looked up into my face with an appearance of natural life, breathing freely. My soul was satisfied but my strength was gone. I laid her on the bed and sank down beside her, overpowered by a swell of feeling.

From this time forward Sophronia continued mending, until she entirely recovered.

[1] This large quantity of candles was to provide light in their home through the long, dark New England nights so that they could work late to achieve their goals.

[2] Hyrum, at age eleven or twelve, was sent to Moor’s Charity School, which was associated with Dartmouth in Hanover (see Porter, “Origins,” pp. 25, 26).

[4] It was here at Lebanon, New Hampshire, that another baby girl was added to the Smith family, Catharine, born July 28, 1812. Catharine would outlive all the Smith children, living to age eighty-seven, and pass away in Fountain Green, Illinois, on February 2, 1900. She is buried in the old Webster Cemetery near Fountain Green.

[5] Lucy calls this “typhus fever,” but it was “typhoid fever.” It swept through the upper Connecticut River Valley beginning in 1812 and left six thousand dead. (See Bushman, Beginnings, p. 32.)

[6] It was common at the turn of the nineteenth century among the poor for all the children of the household to sleep in one bed, and thereby disease would spread quickly from one child to all the others. Seven children under the age of fifteen had the fever in the Smith home at this time, including Catharine, who was likely but a few months old.

"Typhoid fever is caused by Salmonella typhi bacteria. Typhoid fever is rare in industrialized countries. However, it remains a serious health threat in the developing world, especially for children. Typhoid fever spreads through contaminated food and water or through close contact with someone who's infected. Signs and symptoms usually include high fever, headache, abdominal pain, and either constipation or diarrhea." This quote comes from the Mayo Clinic web page about Typhoid Fever

Typhoid is fecal contamination via food/water supply. It is not spread person to person like the flu-- eg sleeping in close proximity Footnote [6]