Turn the Other Cheek...Seriously? | Meridian Magazine 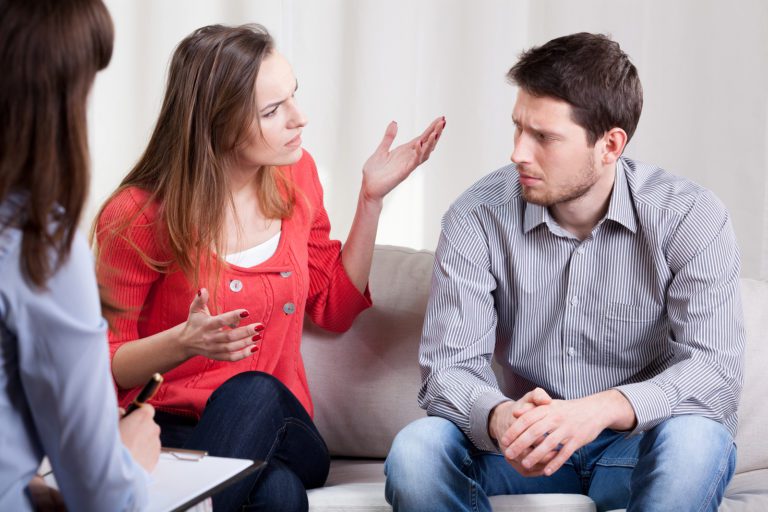 As a Marriage and Family Therapist it has been my job for 20 years to help people avoid victimization. If a man strikes a woman on her cheek my counsel would be to call the police, certainly not to turn the other cheek and invite him to strike her twice! I have spent years teaching people to be assertive so they don’t get taken advantage of, to stand up for themselves, not to be “doormats” or to let people walk all over them. Could the Savior possibly have been serious when he instructed us in the Sermon on the Mount to “turn the other cheek?”

There are those who will dismiss such counsel as a mis-translation, as irrelevant for our day and time. Others insist that the counsel was intended only for the 12 disciples, who had a particular obligation to be peacemakers, not for all the people gathered on the mount. These objections would preserve human dignity and protect victims from allowing themselves to be exploited. However, it is entirely possible that the counsel is valid just as it is written. I have seen instances where “turning the other cheek” truly worked miracles in resolving relationship conflicts.

The most poignant example of a people turning the other cheek is found in the Book of Mormon when the people of Ammon refuse to take up arms, and they literally bury their swords. When the enemy comes upon them, rather than retaliate, or fight back, they lie down and allow themselves to be slaughtered. It’s tempting to view such behavior as downright stupid. How can you win a war if you refuse to fight?   How can you expect to be heard if you don’t even speak up?

Further reading reveals that after the people of Ammon allowed themselves to be slaughtered, the fighting stopped. Yes, 1000 victims were slaughtered before the fighting stopped. However, it was the aggressor who stopped the fighting, of his own accord. The perpetrator of the fight voluntarily stopped shedding the blood of the enemy. Not only did the aggressor cease his aggressions, more people were converted to truth and righteousness then had been slain. The example of the martyrs was so powerful that they won more souls through meekness then they ever would have through force.

Husbands and wives, parents and children, neighbors, politicians, all those who find themselves in a contentious situation would do well to seriously, yes seriously consider the Savior’s counsel to turn the other cheek.

Imagine a couple is arguing over how to spend their tax return. You have a wife who wants to buy a new sofa, and a husband who wants to buy tires for the car. They can fight and argue about the money until next year’s taxes are due. Although there are several conflict resolution techniques they could consider, ponder what would happen if the wife said something such as, “Honey, you spend last year’s tax return, and the one from the year before. I recognize that the tires on your car, are not the most prestigious brand and you would like something more fancy, however your tires do have several thousand miles left on them.” The wife would continue, “Although, I desperately want a new sofa, and the one we have has holes in the seams and stains on the cushions, I don’t want to fight with you. I will endorse the check and you spend it as you please.”

At this point it’s easy to get panicked, to worry that this poor woman will be endlessly exploited. There are some crucial elements to consider when turning the other cheek.

The Lamanites who wanted to kill the people of Ammon were probably surprised when the people of Ammon refused to take up arms. They may have paused for a minute, scratching their heads at the unexpected behavior, but nevertheless they went on to stab their first 1000 victims. However, before long they realized something was wrong with this picture. The people of Ammon really weren’t going to fight. That meant the aggressors were nothing but bullies, picking on a defenseless enemy. There isn’t much satisfaction in winning that kind of a fight.

There are two elements that will increase the chances that such selfless behavior will bring the perpetrator to repentance:

1) Make sure you are working with someone who has a conscience. If they are a relatively decent person, they will stop fighting when you cease to fight back.

2) Make sure the person knows he is hurting you. Make sure he knows you have deliberately and consciously elected to stop fighting, not because you don’t believe in your cause, but because you want to end the fight.

The reason turning the other cheek is such a great visual for refusing to fight is because it’s clearly painful, clearly an affront, and not something anybody in their right mind would enjoy. The victim is undoubtedly being a peacemaker, not merely being persuaded to agree with the perpetrator.

When we turn the other cheek during a conflict, it is imperative that the perpetrator knows that his behavior is painful, and the entire reason the victim is allowing it, even though it is wrong, and even though it isn’t fair, is because they want peace in the relationship. When this happens a good man will lay down his weapons of war and buy the sofa.

JeaNette is the author of four books on relationships: Side by Side: Supporting a Spouse in Church Service, From Playpens to Proving Grounds, (a parenting book) Unsteady Dating: What Every Parent Absolutely Must Know about Teenage Romance and Unsteady: Resisting the Rush to Romance. The books are available at www.amazon.com.

Sophia, my husband has a temper as well, and has been to councilling twice and is ' now cured ' he said and I have the issues, so I went to see the same councillor and it's not me with issues!! Did it through lds services, it's free. Your bishop refers you. All I can advise is speak to heavenly father, he will tell you what you need to do, or what he will do ( ie take your husband home and hang in there...) or what will work. Good luck, thinking of you.

I feel that I need to try this in my marriage. My marriage is falling apart and without some serious change it won't last another year. There is so much contention between my husband and I, and my husband has immense anger issues, so I'm not sure how effective turning the other cheek will be. A part of me believes he takes pleasure in cutting me with his words...I guess time, and sacrifice, will tell.