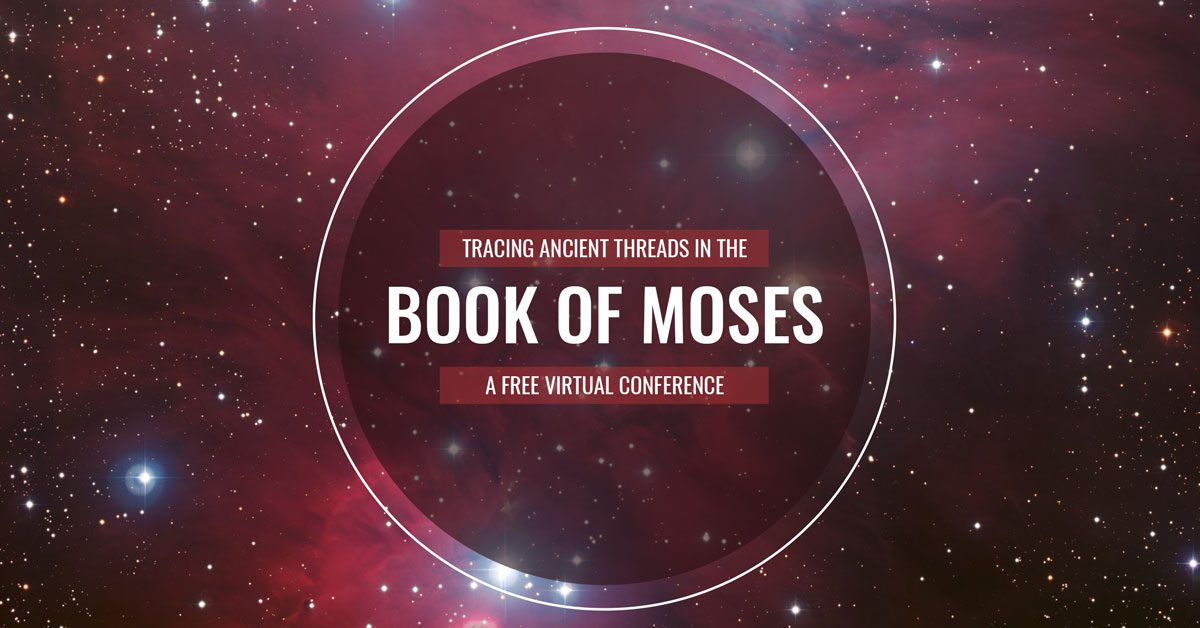 Tracing Ancient Threads in the Book of Moses: A Free Virtual Conference

Tracing Ancient Threads in the Book of Moses

Due to the COVID-19 situation, this will be a live-streaming-only conference. For updates, see https://interpreterfoundation.org/conferences/2020-book-of-moses-conference.

Because we believe that the Book of Moses includes authentic history, the possibility of evidence for that belief interests us as scholars. Although the primary intent of Joseph Smith’s translations is to meet the needs of modern readers, not to provide precise matches to texts from other times, we consider significant patterns of resemblance to ancient manuscripts that the Prophet could not have known and of unexpected conformance to conditions imposed by an archaic setting as potential indicators of antiquity that are best explained when the essential element of divine revelation is acknowledged.

Though comparative research can never prove a particular interpretation, it can certainly rule out some and suggest others. In addition, we are persuaded that the process of careful comparison can increase understanding and appreciation of otherwise obscure details in both ancient and modern texts.

Some scholars have come to the conclusion that there is little of genuine value that can be gleaned by comparing modern scripture to writings from antiquity. In part this is because comparative studies have not always been conducted with adequate attention to needed methodological controls. Such carelessness may lead to unreasonable or excessive claims. However, a more important reason for the reluctance of some to embrace the comparative method is that they may see little or nothing of historical value in either the scriptural productions of Joseph Smith or in ancient traditions preserved inside and outside the Bible. If both the Moses of modern scripture and the Moses of ancient Near East tradition are largely, if not exclusively, literary rather than historical figures, why would a detailed comparison of their stories reveal anything real about the material past?

While imperfections in the Bible will not greatly disturb or surprise most Latter-day Saints, their belief that the principal events and characters described in modern scripture have a basis in history and revelation is of great consequence to their faith. How so?

First, Joseph Smith claimed to have met and conversed with many of these characters, including Moses;
Second, many ancient figures mentioned in modern scripture are presented at face value as historical characters in historical settings;
Finally, and most importantly, some of these individuals are recorded as having personally transmitted priesthood authority and keys to Joseph Smith.

For these reasons, those who believe that Joseph Smith met, conversed with, wrote about, spoke about, and was given authority by divinely sent personages who formerly lived on earth also embrace by implication the idea that authentic history sits behind the records of the Prophet’s visions, teachings, translations, and revelations.

The conference is free and open to the public, with no RSVP or entrance fee.