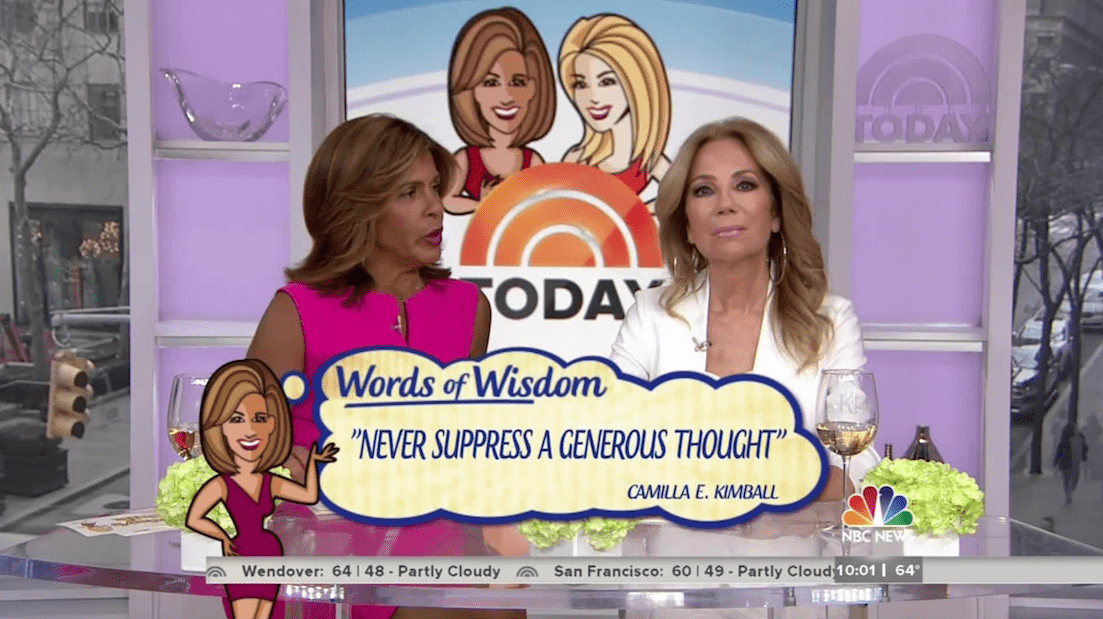 “Never suppress a generous thought” is an oft-quoted sentiment among members of the LDS Church. Particularly in light of this new era of “ministering”, where we are learning how to reach out in love to others without a monthly box to check, the quote has undoubtedly been brought up again and again in recent Church counsels and meetings.

The line is attributed to Sister Camilla E. Kimball, wife of former LDS Church President Spencer W. Kimball and also appeared this week on Wednesday’s episode of “The Today Show” as part of a ‘words of wisdom’ segment.

The segment is run by hosts Hoda Kotb and Kathie Lee Gifford. This isn’t the first time the two have referred to Sister Kimball’s words. In 2016, they contributed an article on the importance kindness to the New York Daily News in which they also referenced the quote.

“By following [Sister Kimball’s] counsel,” said Sister Julie B. Beck in the October 2009 General Conference, “we can know with certainty that our Father in Heaven knows us personally because He sends us to be His hands and heart to those in need. As we do so, our faith in Him is strengthened.”

Seeing this notion acknowledged on a mainstream national platform is a beautiful reminder that the Lord can use his children to bless others whether they know they are listening to the Holy Ghost or not. Everyone has the potential to be a tender blessing to others whether they are members of the Church or not. As the primary song says, “Kindness begins with me.”