To Know You Are a Daughter of Heavenly Mother | Meridian Magazine 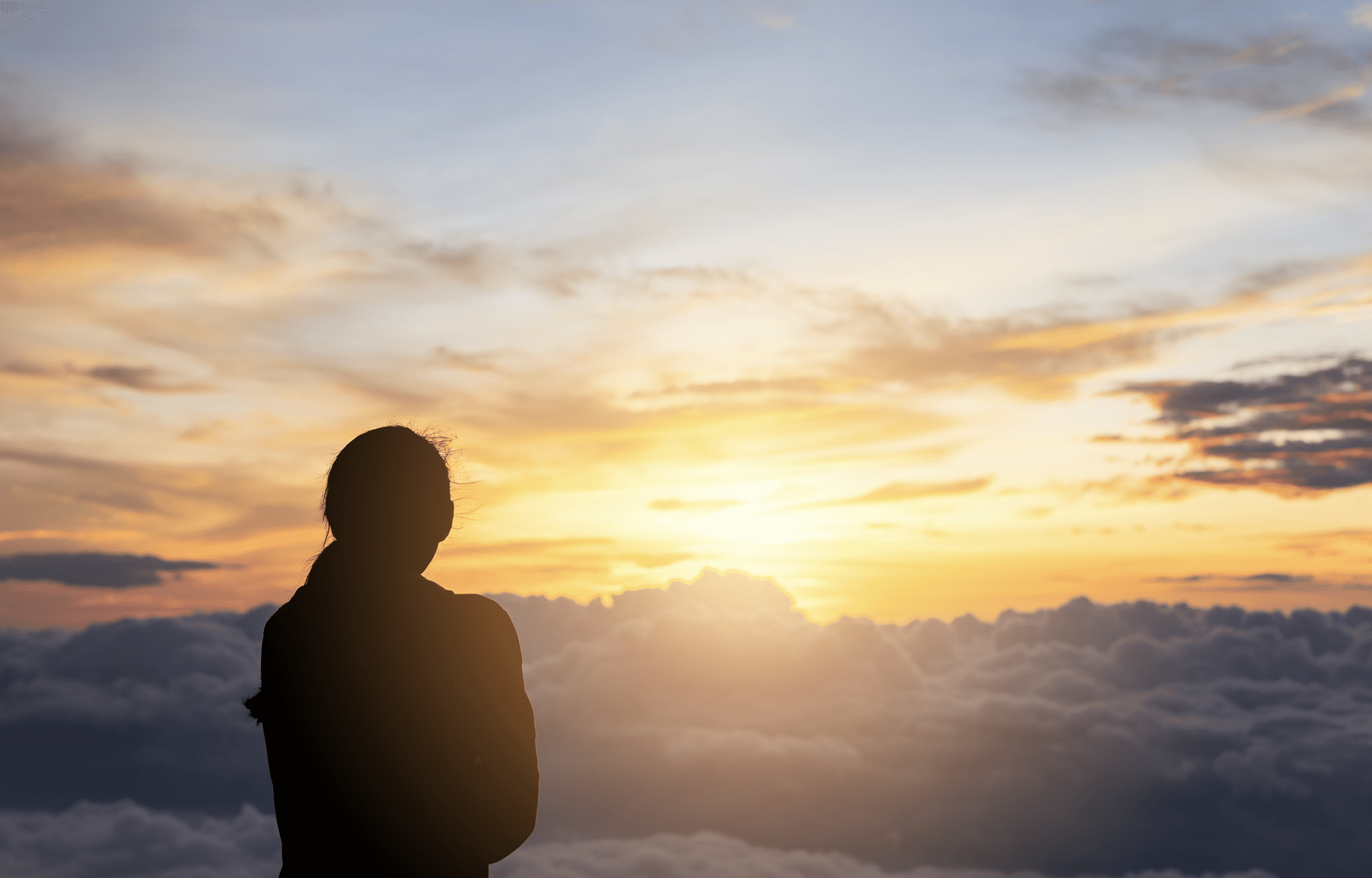 To Know You Are a Daughter of Heavenly Mother

Knowing I have both a Heavenly Father and Heavenly Mother has deeply impacted me and helped me to understand my own divine identity and worth. In a world where Satan works to make us forget our identities as children of Heavenly Parents, I wanted to create a beautiful and wearable reminder that our identities are eternal, no matter what the trends of the world tell us.

That is why I designed a delicate necklace with “beloved daughter of Heavenly Parents” inscribed on it to serve as that vital reminder. The necklace is a small, simple gold disc with floral details that stands not as a flashy statement but a subtle truth to wear and hold dear. It is a tender gift for any woman and would be a special gift for Mother’s Day. CLICK HERE to see the necklace and get a 10% discount in your cart.

I was an eager participant in my Young Women classes, finishing Personal Progress at 15, singing my heart out around the campfire at girl’s camp and attending every meeting and activity with zeal. My friend and I even started writing a “Mormon Dictionary” to define all of the terms so frequently used within the culture of the Church, including “munch n’ mingle”, “Dear John”, and “CTR”. Each Sunday, I vividly remember standing up from my cold metal chair in Young Women and stating in unison, “We are daughters of our Heavenly Father who loves us and we love Him.”

With those words echoing in my mind every week, I felt confident of that divine identity. Even when facing a cross-country move from Virginia to Utah, leaving all of my friends and having to establish a new life in a new place, on top of the normal dating heart breaks of high school, I never questioned the truths I had been steeped in all of my life. The gospel was my joy, my safety, my strength.

It was my freshman year at BYU when I encountered my first “divine identity crisis”. No class, professor, friend or influence I remember brought these doubts to my consciousness, but I recall reading Joseph F. Smith’s vision in D&C 138 about the noble and great ones and noticing that of the 20+ verses describing various noble and great ones, only one mentioned women. “And our glorious Mother Eve, with many of her faithful daughters who had lived through the ages and worshiped the true and living God,” (D&C 138: 39).

With the fog moving in on my divine identity crisis, I saw that one verse as dismissive rather than empowering and began questioning not only my place as a woman in the Church but my place in eternity, as well. Were only men part of the creation of the earth? Were women participants in the counsels in heaven?

I grappled and prayed on these verses for what felt like a long time when your heart is under spiritual duress, yearning to know whether I was important to God as a woman. Doubling down on my scripture study to try and find an answer or hear anything from the Spirit, I felt desperate to get any answer from the Lord. Suddenly, my fiercely passionate recitations of the Young Women theme seemed far away and I needed a confirmation that Heavenly Father actually did love me, not just as a daughter but as an equal counterpart to His sons.

There isn’t much privacy in a freshman dorm with a bathroom that caters to an entire hall of girls, so in moments I needed to be alone I escaped to the silence of my car. I remember the very spot I was driving around Helaman Halls in my little Toyota when I glanced up at the sky and the Spirit opened my mind and flooded me with what was some of the greatest revelation my young soul had ever received to that point.

If “all things denote there is a God; yeah, even the earth, and all things that are upon the face of it,” and if we believe that what happens on earth is a type of what happens in heaven, then the creation we participate in on earth is but a type of the creation in heaven. Creation on earth cannot happen without a man AND a woman, and so I believe is the case in heaven. Not only do we have a Heavenly Mother who spiritually created us with the Father, but I believe together they were co-creators in framing the world and the plan of salvation.

Is it possible that Heavenly Father has always wanted us to know this? In the Hebrew Bible, this is indicated from the very first verse in Genesis. Where in English we read, “In the beginning God created the heaven and the earth,” in Hebrew, God is “אֱלֹהִים” or “Elohim”, which suffix “im” indicates a plural. This is not one God creating the heavens and the earth but multiple. This is further emphasized in Abraham 4:27 when it states, “So the Gods went down to organize man in their own image, in the image of the Gods to form they him, male and female to form they them,” (emphasis added). The image of the Gods is both male and female.

To know I am a daughter of Heavenly Parents and that I am made in the image of God the Mother is to know that there is an important work for me to do and a place for me to stand in the ranks of the heavenly hosts someday and the gathering of Israel now. Just as we believe that, “fathers and mothers are obligated to help one another as equal partners,” here on earth, our Father and Mother also stand as equally yoked partners in their celestial courts on high.

Admittedly, we know very little about Her role and specific characteristics, but the increasing mention of Heavenly Parents in general conference and now the new Young Women theme declaring, “I am a beloved daughter of Heavenly Parents,” is an indication that the age-old belief that she is “too sacred to discuss” is a myth founded on individual’s musings and not apostolic statements or church doctrine.

For example, Hoyt W. Brewster Jr., a Latter-day Saint scholar, said, “The holy name of Deity is blasphemed when used in concert with gutter language and misused in everyday expressions. . . . Is it any wonder that our Father in Heaven has been so protective of the identity of our Mother in Heaven?” Though this is a commonly used idea that Heavenly Father is trying to protect Heavenly Mother—her name and identity—it has been repeated culturally to create this “sacred silence” around Heavenly Mother, which sentiment only perpetuates the notion of an unevenly yoked set of Parents rather than Gods with equal power and purpose.

For me and every other female member of the Church, knowing She is there and is an equal participator in the eternities is a signal to us that we have priesthood power in our covenants and a responsibility to help lead out in the gathering of Their children—not just as the refreshment coordinators (though we need that, too) but as leaders who are entitled to revelation, guidance, and righteous influence. When we sometimes justifiably consider our place, any feelings of discouragement or lack of belonging are a tool of Satan and not an indication that our Heavenly Parents have any less regard for us or desire to give us knowledge and opportunities to do Their work.

To those, like me, who have wondered what their place was as women in the Church, I recall the words of Elder Glenn L. Pace of the First Quorum of the Seventy when he spoke at a BYU devotional in 2010. He said, “Sisters, I testify that when you stand in front of your Heavenly Parents in those royal courts on high and you look into Her eyes and behold Her countenance, any question you ever had about the role of women in the kingdom will evaporate into the rich celestial air, because at that moment you will see standing directly in front of you, your divine nature and destiny.”

“Divine identity crises” come—that’s part of our mortal wrestling and striving for greater understanding—but as they do, things will be made clearer as we seek to know our Heavenly Parents and see through Their eyes. This Mother’s Day, as we recognize the women around us who nurture and strengthen our feeble knees, look to see that these very characteristics are in similitude of a Mother in Heaven who is as powerful as She is gentle and is aware of Her daughters in their every extremity.

I have never felt a yearning or great need to know more about my Heavenly Mother. I am content that the Lord has revealed, and continues to reveal to me, what I need to know. I do not feel any less validated in my worth because there is not more information about her--- because I am secure in the knowledge that I am a daughter of Heavenly Parents. I have also noticed there is a growing trend among some women suggesting we should pray to our Heavenly Mother, even though the scriptures are very clear that we pray ONLY to our Heavenly Father in the name of Jesus Christ. Prophets have also openly discouraged this practice.

I appreciate that this void is being revealed. I wonder how many invisible females with great influence have been veiled in scripture. Your article was timely, appropriate, that many women have identified with. May our daughters & sons get to realize their total divinity going back & moving forward in the Gospel.