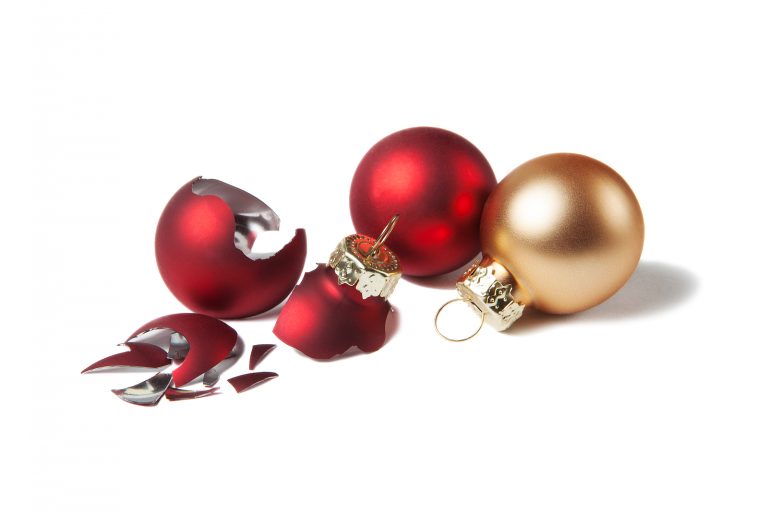 ‘Tis the Season to Spread Enmity?

Public Square has been publishing a series of essays this month to help us all prepare for a more meaningful, intentional Christmas. Even for those who aren’t sure what they believe about the Babe in Bethlehem, the holiday season still represents a time for giving, togetherness, stillness, and wonder. It’s as though we’ve undertaken a tacit agreement to lay aside our petty grievances and renew our commitment to living in love and peace with our fellow creatures.

This week is also the darkest time of the year—a fitting background for Christmas, actually. It reminds us why we all need the light so much. A warm fire is never so miraculous as on a cold, dark night. And my, how dark and cold the atmosphere in America has become—with the need for more generosity and cheer increasingly dire and urgent.

In this moment of great need, what is being shared with the hungry masses?

Why, of course:  More anger. More reasons for fear and despair. And more accusation.

Have you heard the latest “headline” news?  A tech entrepreneur has decided to formally and publicly withdraw his membership from The Church of Jesus Christ of Latter-day Saints. He has not been active for many years and takes issue with the Church over various social and historical issues. However, his considerable wealth provides that intriguing angle turning an otherwise unremarkable story into another chance to spread more grievance about this community of believers right in time for Christmas.

Civility is the way forward—and represents our deepest commitment. And our hope is to extend grace to Green and others who find themselves considering separating from a faith they once found precious. But how exactly these painful and personal experiences are represented in the media matters—with an influence on many others in similar circumstances. And we’ve been saddened to see the willingness of some to use stories like this to advance a withering critique of a faith we love.

Humor can sometimes disclose sad truths. And an alternative satirical Onion-style headline, in this case, might read: “Shocking: Man Who Hasn’t Gone to Church in Ten Years Announces He Doesn’t Really Like Church.” For a letter characterized as “explosive” and “excoriating” in its language, The Daily Beast and other outlets seem quite pleased with themselves for publishing what amounts to “I’ve unilaterally decided that this divorce won’t be amicable, but I’m super reliable about the real problems in our marriage.” In a few days, that single news piece has now spread around the globe via reposting on both American and international outlets.

Turning something good into something bad. We don’t agree that the Church is “actively and currently doing harm in the world,” but good people can differ there—we all tally such ledgers differently. However, respectable reporting should at least attempt to convey a degree of impartiality by summing both sides of the ledger. In place of the detailed profiles on Mr. Green’s Church-leaving family members, readers might have appreciated some qualifications for the claim that a global church of more than 16 million members is actively harming the world. Completely absent, for instance, is any mention of the Church’s annual feats of:

It might have also been inconvenient to the singular and pointed narrative of harm to remind readers that American Latter-day Saints perform nine times more hours of service monthly than others in the U.S., graduate from college at a higher rate than the national average, and that Utah has the nation’s lowest levels of alcohol consumption and binge drinking. Also, surely not helpful to mention research confirming that active Latter-day Saint women and men live 5-10 years longer on average.

Does any of that sound like an organization actively “doing harm” in the world?

If the restored gospel no longer has a personal benefit for someone leaving, we have no quarrel with them. Do not, however, pretend to speak for those for whom it does—especially in the middle of our current calamities.  (During a time in which 1 in 10 Americans say they have “no close friends outside of family,” experts have noted how uniquely connected Latter-day Saints remain to many in their community even amidst the pandemic. As one researcher summarized, “In terms of their social connectedness, they’re doing way  better than your average American.”)

Clearly, though, recognizing any of this might do irreparable harm to the simplistic and accusing narrative being advanced.

Preaching Us vs Them. People leave the Church every day. While this pains some and vindicates others, it’s not generally considered newsworthy. It’s among the many kinds of events which are privately tragic (or triumphant, depending on your perspective), but publicly unremarkable. Despite his wealth, Mr. Green is not a high-profile member and his reasons for leaving the Church are not novel.

However, we would argue Mr. Green’s story is interesting because it readily serves an exciting narrative that speaks to our cultural moment. We’re disposed to take our moral cues from stories with cleanly divided, readily ascertainable good guys and bad guys. Good guys, of course, embody culturally sanctioned values like Justice, Rights, Personal Fulfillment, or Love Conquering All. An engaging narrative needs a disproportionately evil Bad Guy, preferably one associated with institutions, traditions, or some -ism or -phobia.

Green’s story differs in the particulars, but the basic format is tried and true. The specific details matter less because the point is to engage the heart, which will then bring the mind to heel. Neither the producers nor the consumers of narratives need to be conscious of this process at any time. A powerful narrative can generate a great deal of sincere conviction with no real connection to actual facts. Here, it’s the overarching tale Mr. Green wants to represent that most animates readers: “heroic rebel leaves evil church that makes trillions off of poor saints in developing nations.”

The emotional impact of this all makes narratives very effective vehicles for shifting our worldview—even unnoticed and unaware. You can preload them with implicit messages that will remain below the threshold of our awareness because they operate on our feelings, not on our conscious reasoning. They can be tailored to serve a particular cause depending on which values/characters are cast as either villains or heroes. And if we are not aware of these subtexts, we unwittingly absorb the values these narratives promote because of our emotional investment in the story, rather than because we have critically examined the messages they contain.

And what are the implicit messages being pushed through Mr. Green’s story? One clue comes from the lopsided coverage. Between the Salt Lake Tribune and the Washington Post (as well as many others promoting the story), readers are offered only the perspectives of Mr. Green and a handful of progressive Church members who are largely in political and theological lockstep.

This one-sided reporting is part of a pattern that has been regularly repeated in national publications. In a church of 16 million members, with over 2 million in Utah alone, there are a variety of published, respected, prominent members of the Church who could have easily offered a balancing perspective.

Why present only this perspective? Because it gives the impression that the problem itself is simple: educated, successful members want the Church to mainstream its views on sexuality but the leadership and the unenlightened masses have to be taught a lesson first.

This framing is rhetorically effective because it allows church leaders to be painted as evil and conspiring, just as it portrays church members as victims and rubes—powerless and well-meaning, but ultimately manipulated and woefully naïve.  Except that both propositions are fantasy. Which apostle is it that is cackling maniacally while stroking a black cat? This would be fanciful if leveled against Jeff Bezos, but to level it against a group of preachers—with pre-preaching biographies filled with generosity, kindness, and competence?

But that’s precisely the angle, with some journalists all too happy to recycle and amplify bitter accusations of Church leaders outright “dishonest” and intentionally “exploiting” poor members.

Journalists should know better than to purvey polite bigotry by painting a major faith community and its leaders in such a manner. The fourth estate’s power is in its capacity to signal-boost worthy messages. Instead, certain outlets seem to consistently opt for stirring acrimony to drive subscription sales among church-disaffected Utahns.

The Church will press on without Mr. Green. It will be a non-story just as quickly as the departures of other former members. In the meanwhile, widespread consumption of the story provides a relieving justification to anyone harboring latent resentment and animosity to our people (“see, that’s why I’ve been right all along!”).

More broadly, of course, the Church will likely continue to feel the cultural squeeze to adopt the secular morality so prevalent today. But that’s a good sign. After all, The Church of Jesus Christ of Latter-day Saints is committed to a vision for mankind that will frequently depart from popular narratives. To be clear, the grief that leaders and members alike feel for one who leaves is the same regardless of their wealth. What we will continue to anguish about most is hearts being hardened and turned against the message of Christ and against each other—including this week.

Yes, in the very moment when we need reconciliation the most, front-page headline articles like Mr. Green’s exacerbate our sense of division and hostility.  They generate even more suspicion. And stereotyping. And unnecessary outrage.

Do any of us really believe we need more of that right now?

Of course, we don’t. And thank God for sending his Son to show us something far better. As Isaiah beautifully forecasted, “The people that walked in darkness have seen a great light.”

Perhaps there’s another lesson for us here. On the one hand, you may believe that the Church needs Mr. Green’s money and that a wealthy tech entrepreneur is better able to identify and remedy the real sources of the world’s hurts. But consider that when God wanted to save his people, he sent a poor, obscure baby into the world. We are witnessing in real-time two competing visions of salvation—with two very different protagonists and plot lines. To which of these do you personally feel called?

May that “great light”  find all of us this week—all who would receive Him—despite the unprecedented efforts all around us to spread something very different than Christmas cheer.

A few days before Christmas, my wife got a call from a friend at Church who had to go to the emergency room and was worried about her 93-year-old mother, whom she had been taking care of. My wife organized a number of Sisters to help her accomplish the thankless task of dealing with a 93-year-old with dementia, exhausting herself in the process for several days. I exclaimed, "There are those who complain, 'Why doesn't the church help out?' They don't realize, the Church is YOU !" Which is to say that all those who are encouraged and organized by the Church to go about doing good, are the Church.

This is very well written! I read multiple articles last week about Mr. Green and his departure from the church. Each of them, as you mentioned, were so one-sided. But isn’t that typical for the majority of today’s media. I’m grateful that more truth was shared through your article. People need to see that the church and more importantly the people within the church are doing good things around the world. We are not perfect… But neither is anyone else. Merry Christmas