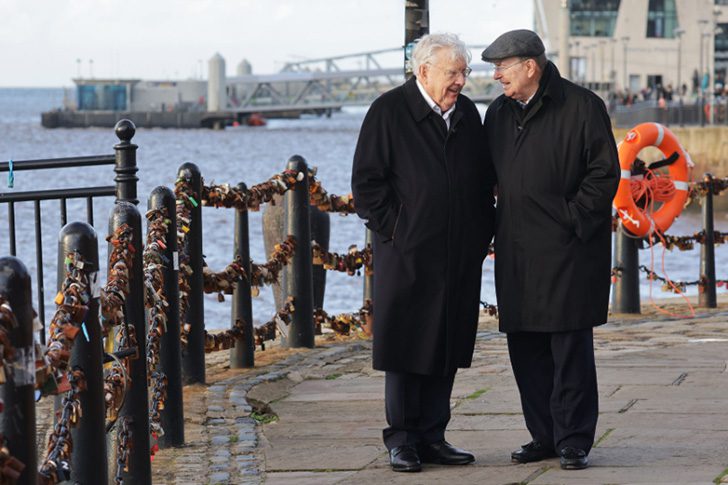 Three Workhorse Missionaries Return to the British Isles as Apostles

Three of the apostles have returned to their adopted native land, the British Isles as they minister to the Latter-day Saints and the missionaries in this land they love so much. Seeing President M. Russell Ballard and Elder Quentin L. Cook at Albert Docks in Liverpool was not unlike a scene in 1837 when Heber C. Kimball, Orson Hyde and Willard Richards leaped to shore to begin the great work of the harvest of souls in these blessed islands.

“My mission meant everything to me in my life. Everything. No young man could have served a mission and been more affected by it than I was,” Elder Jeffrey R. Holland has oft repeated in his talks around the world and in General Conference.

Elder Cook quipped about his mission in October 2017 in General Conference:

“Since my service in the British Mission as a young man, I have enjoyed British humor. It is sometimes characterized by a self-deprecating, modest, humble approach to life. An example of this is how summer is portrayed. British summers are relatively short and unpredictable. As one author in a low-key way said, “I love the British summer, it’s my favourite day of the year.” A favorite British cartoon character of mine was pictured in her bed waking up late in the morning and declaring to her dogs, “Oh my goodness! I think we’ve overslept and missed summer.”

“There is an analogy in this humor to our life on this beautiful earth. The scriptures are clear that our precious mortal existence is a very short time. It could be said that from an eternal perspective, our time on earth is as fleeting as a British summer.”

“In England, I was able to verify some details of an event that has become one of the great genealogy stories in the Church. As the Logan Temple was being dedicated on 18 May 1884, Bishop Henry Ballard, my great-grandfather, was at home writing temple recommends. His little daughter brought him an English newspaper that had been handed to her by two strangers in the street. It was the Newbury Weekly News—of May fifteenth! A story in the paper contained names and other genealogical data for more than sixty people, then deceased, from Henry Ballard’s birthplace, Thatcham, England. Later, after their temple work was done, it was learned that many of these people are related to the Ballards.

“I visited the Newbury Weekly News and verified that the newspaper had never been postdated or mailed out early. I held the issue of 15 May 1884, in my hands and photographed it. There is no mortal way that, in 1884, it could have reached Logan from Newbury within three days.”

All three apostles share a deep fondness for Great Britain.  Elder Holland and Elder Cook served together as companions in 1962. This week, they are together in England for the first time since that service.

On Tuesday, President Ballard traveled to Scotland, making a stop in Tranent, outside of Edinburgh, which he said holds special meaning to him. It is where his great-grandmother, Margaret McNeil, was born in 1846 and lived until she was 10, when she and her family sailed the Atlantic and settled in Utah. He visited the cemetery where her grandparents are buried.

“When you come here, the footings of my foundation are here, the blessing of being who I am. It is wonderful to see it,” he said.

President Ballard also made a brief courtesy visit with Stephen Kerr, a Latter-day Saint and member of the Scottish Parliament (MSP). In the afternoon, President Ballard joined missionaries of the Scotland-Ireland Mission. He shared many of his personal experiences as a missionary in the British Isles and encouraged them to share the message of the Restoration everywhere they go.

Elder and Sister Holland spent the morning in the Chorley Stake Center with missionaries of the England Manchester Mission, along with new missionaries who are studying in the Preston Missionary Training Center.

“I hope they all feel about their mission the way I feel about mine,” Elder Holland said. “I want them all to love it so much. I want them to have that kind of mission. And as they realize that the scriptures are their principal missionary tool, and if they’ll combine the gifts of the Spirit with the scriptures, they can’t help but succeed.”

Elder and Sister Cook traveled to Leeds, meeting Tuesday afternoon with missionaries of the England Leeds Mission. He shared his experience of being with President Ballard on Monday at the docks in Liverpool, where many early Latter-day Saints set sail for America.

“It’s a thrill to be here and to think about how significant Liverpool was in the Restoration of the gospel and the history of the Church,” Elder Cook said.

Elder Cook also spoke about the significance of the area that now encompasses the Leeds mission in the early history of the Church in Great Britain. He specifically gave praise to people of faith from this region who were instrumental in the founding of America when they arrived on the Mayflower in 1620.

The three Apostles will continue their ministry visit throughout the country this week, ending with a special conference on Sunday that will be broadcast for all Latter-day Saints in the United Kingdom and Ireland. Watch Newsroom for updates.

I realize this may sound petty, but I must offer a small correction: One can adopt a country for the purpose of citizenship, but one cannot adopt a country to become a native of it. The word native means the place you were born. You can be a native Swede, but if you were not born in Sweden no amount of love or affinity will make you a native of that country. It would violate grammar.