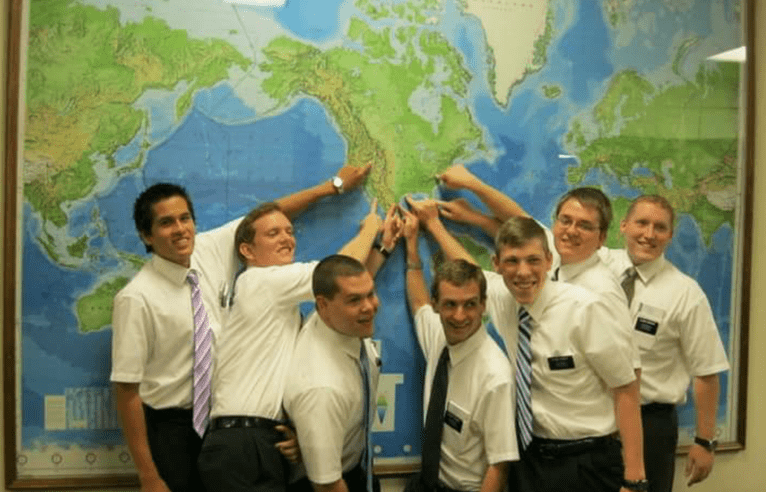 This Doctor Served the Poor with No Thought of Reward‏

The day before transfers in January, Elder Gubler and I received a phone call from the nearby Temple Visitor’s Center, saying that there was a man named Andrés who lived in our area and who wanted to be baptized before he left in about three weeks for a new assignment in South America.  Andres said he was anxious to meet us at 9:00 a.m. the next morning.

We excitedly met Andres the following morning and learned that he is a doctor from Colombia, South America.  He is very intelligent and well educated.  He works for Doctors Without Borders, meaning he travels all over the world helping needy patients for free, and the organization provides him with lodging and food.

He had very little interest in money or material things, and owned almost nothing, much like us missionaries.  All he wanted to do was help other people. He had no ambition for power or desire for wealth.  He was the most pure and Christ-like person I have ever met in my life.

He told us that he had recently toured the Temple Visitor’s Center and that while there he felt that God wanted him to join our Church, even though he knew almost nothing about our doctrines or what we believed.  He immediately accepted an invitation to be baptized, and readily accepted everything we taught him about the restored gospel.  It was obvious the Holy Ghost had prepared him to receive the fullness of the gospel.

When we gave him a Book of Mormon, he immediately began reading it as quickly as he could.  He could hardly put it down, and only then to help patients. I think he finished the entire book in less than two weeks.  He then told us that Alma 19, regarding Ammon and King Lamoni, made him cry.  He asked us again what else he needed to know in order to be baptized.  He then happily and willingly made all the necessary commitments to be obedient to God’s commandments.

On January 31, he told us that he needed to leave America sooner than he originally anticipated.  In two days he was being transferred to El Salvador for a short assignment, and from there he was moving to Colombia, South America.  He asked us to please baptize him the next day before he departed, so we baptized and confirmed him the next morning, knowing that we would likely never see our dear friend again.  Oh how we miss him and his sincere desire to learn true principles.

It was an incredible experience to teach someone who was so busy helping others (with little or no thought of material reward) that he often got only two hours of sleep at a time. He had such a pure faith that he wanted to do everything God asked him to do. Because his life had been devoted to serving others, he had already developed the ability to follow God’s inspiration in his life, which led him to the true church.

Elder Gubler and I later heard from him that he had been able to attend church and receive the Aaronic Priesthood in Colombia.

Thank you for sharing this remarkable story ! How wonderful it is to meet people who are so ready for the gospel and its blessings. This experience will find its way into a talk, somewhere, sometime, no doubt ! Thanks again, and may the Lord bless the righteous everywhere.

I LOVE reading these spiritual missionary experiences. Our granddaughter leaves for her mission to Scottsdale, AZ on Oct 28th, 2015. I can hardly wait to hear about her experiences!