This Book of Mormon scripture changed the way I view veils, women, and the temple | Meridian Magazine 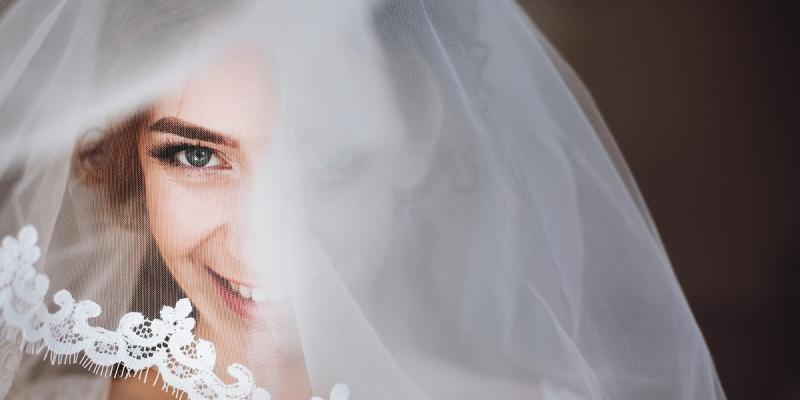 This Book of Mormon scripture changed the way I view veils, women, and the temple

The temple is seen as the holiest place on earth, the sacred house of the Lord. Patrons can receive revelation and inspiration there, and they can find a peaceful refuge amidst a chaotic world. However, it can sometimes be difficult to feel the inspiration of heaven when confronted with unfamiliar or confusing symbols. These beautiful and multifaceted symbols of the temple are perfect for deep, personal reflection inside the sacred walls of the temple, and so should be treated with reverence.

One symbol also found in scripture that might seem peculiar is the veil. Why do temples use veils? What can veils say about women, holiness, revelation, and the Gospel?

The more I have studied and pondered, the more I discovered how powerful the symbol of the veil really is. Veils appear in the ancient Israelite tabernacle (Exodus 26:31–33), in the story of Moses on Mount Sinai (Exodus 34:33–35), in Solomon’s temple (2 Chronicles 3:14), and even in the New Testament Gospels (Matthew 27:50–51).

However, most of all, one scripture passage in the Book of Mormon helped me see veils as an empowering sign of God’s glory: Ether 3.

The Brother of Jared’s veil experience

In Ether 3, the brother of Jared approached the Lord with sixteen stones to light the Jaredite barges as they traveled to the promised land. Because his faith was so great, he was able to see the finger of the Lord. In fact, after the brother of Jared beheld the Lord’s finger, his knowledge became so powerful that he was admitted into the very presence of the Lord:

19 And because of the knowledge of this man he could not be kept from beholding within the veil; and he saw the finger of Jesus, which, when he saw, he fell with fear; for he knew that it was the finger of the Lord; and he had faith no longer, for he knew, nothing doubting.

20 Wherefore, having this perfect knowledge of God, he could not be kept from within the veil; therefore he saw Jesus; and he did minister unto him. (Ether 3:19–20, emphasis added)

In this story, as in other Old Testament accounts, the veil is described as separating something from the glory of God. We know from scripture that the unobscured glory of the Lord is overwhelmingly powerful and destructive to those who are unworthy (1 Nephi 10:21; 2 Nephi 12:10, 19, 21; 16:3–5; 20:16; Alma 12:14–15). However, the book of Ether tells us that the brother of Jared was able to pass through the veil because of his special knowledge.  (This story is full of temple imagery and symbolism. To discover more temple symbols in the brother of Jared story, I recommend  this Book of Mormon Central KnoWhy).

Based on this Book of Mormon story, what allows someone in a holy setting to pass through a veil is their obtaining and accepting special knowledge and preparation necessary to progress and withstand the glory that lies within the holier realm.

Similarly, the Holy of Holies in the ancient Israelite temple was separated from the rest of the temple by a veil. The veil was not placed there to protect the presence of God from the people, but rather to protect the people from the power of God within, and to allow God to reveal (unveil) Himself as He found proper and appropriate. The scriptures say: “Therefore, sanctify yourselves that your minds become single to God, and the days will come that you shall see him: for he will unveil his face unto you, and it shall be in his own time, and in his own way, and according to his own will” (D&C 88:68).

What might this say about someone who is within a veil or wearing a veil?

Anyone who wears a veil, whether it is a bride on her wedding day, a nun taking her vows, or an ancient queen at her coronation, often does so to outwardly signify an elevation in her status, sanctification, and power. Veils convey the idea that the object or person within the veil is precious, holy, and powerful. There’s even evidence from ancient Assyria that a wife could wear a veil as a symbol of status, to differentiate her standing from a concubine or slave.1

The brother of Jared was able to pass within the veil because he obtained the knowledge and worthiness he needed to withstand the glory of God. Like Moses on Mount Sinai who shone with the glory of God (Exodus 34:33–35), women who wear a veil, especially in temple settings, signify that they have now obtained the knowledge and preparation necessary to exude the glory and power of godliness.

The temple is a place where we can learn about God and feel his Spirit. But more importantly, it’s a place where we learn how the gospel of Jesus Christ invites all people, women and men, to know God and Jesus Christ, and to become like them. The Book of Mormon, the Bible, and the temple have taught me time and time again that God loves all his children, and his Plan of Salvation is for everyone. In 3 Nephi 11–18, families of men, women, and children were all ushered into the presence of the resurrected Lord. As Nephi declared, “He inviteth them all to come unto him and partake of his goodness…black and white, bond and free, male and female” (2 Nephi 26:33)

Some good insights. One understanding that's come to my heart and mind, as I've read scripture, studied other's insights and ancient customs, and as I attended the temple, is when women unveil their faces in a traditional wedding ceremony, they are "seeing" their husbands complete. The man (groom) represents Christ symbolically in the wedding of the groom (Christ) and His bride (The church). When our Savior comes again we shall "See Him" as He is and all eyes shall be unveiled and all knees shall bend and those of His church (bride) who are faithful shall be "Lifted up" to Christ their king. Veils are symbolic (no matter if it's a Catholic wedding or in a temple setting) of the veil before the eyes of the church (bride). Also, the more you study ancient Hebrew numbers and letters, especially numbers like 20, you will better understand the symbology of the temple and it's AMAZING connection to Ancient Israel. Yes the symbols are ancient and yes other organizations have corrupted those symbols and use them for their own purposes, but it does not take away from the fact that the symbols are of ancient orgins, some found in other ancient cultures, but God's meaning for them is found within ancient Hebrew writing and cultural knowledge. The Lord tells us time and time again in scripture "if you seek" THEN "Ye shall find". After attending the temple for the first time this past week since changes were made, I testify that the veil is thinning as we get closer to the Lord's second coming and the power gained (to help us withstand the evil one whose power is also increasing) from attending the temple is increasing among the faithful.