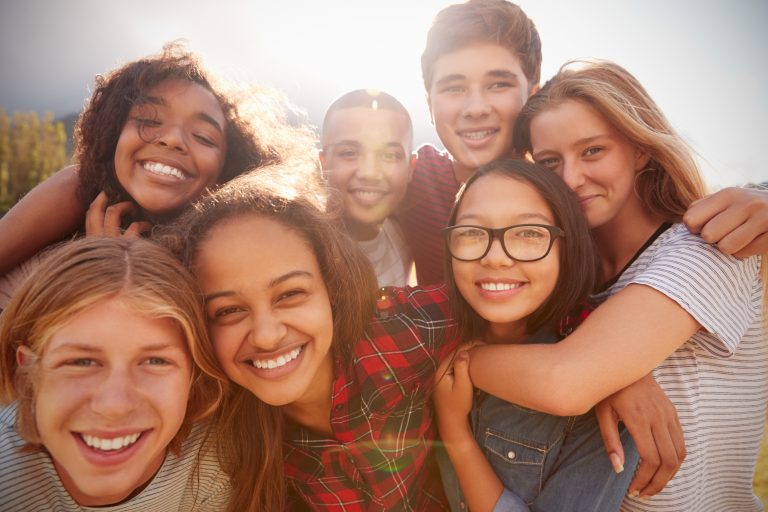 I cannot count how many times I’ve heard people complain about young people today. It isn’t just that we’re old and all old people do this—they’re pointing to specific differences they see in the youth now.

One complaint I hear is about the dumbing down of education—today’s kids “don’t know anything” despite having an internet filled with information at their fingertips.

Another complaint is their slacking manners. People complain about youngsters’ lack of courtesy, respect, and civilized behavior. They blame social media and videogames that occupy too many hours a day, and keep kids from learning how to properly interact, face to face.

“Kids today act entitled,” some say. They see kids who have never had to earn anything or wait for anything, who expect instant success, high wages, and lots of “likes.”

It’s true that each generation gets criticized by the grown-ups of that era. Remember the rebellious Sixties? Wearing tie-dye and long hair were seen as defiance on steroids. Except nobody used the phrase, “on steroids” back then.

However, I’m going to take the opposite view. I think we have remarkable young people today, especially in The Church of Jesus Christ of Latter-day Saints. Yes, they’re in other faiths as well, but there’s something happening in our wards and branches, something I haven’t seen before.

It doesn’t have a name, but here’s how it looks: Kids, even in grade school, are inviting their friends to church in record numbers. They’re bolder, and bear their testimonies without shyness.

They know their scriptures. Never before have I heard Primary and Youth teachers expressing such shock at how much their students already know. Families really are making their homes havens of spiritual learning, and it shows.

Elder Richard G. Scott said, “The faculty at our three universities note a significant increase in capacity and spiritual sensitivity of students. Something extraordinary is happening. Do you sense it? Truly, as obedience and morality decline in the world, the Lord is sending more exceptional spirits to earth. As a body, they excel the average capacity of their forebears. Their potential for personal growth and positive contribution is enormous.”

Just last week I was ministering to a sister who told me about her father’s conversion. He had always been in high school administration, and saw a distinct difference between the Latter-day Saint youths and the other kids. They even looked different. They were kinder, more mature, more focused. They were good leaders. This was what he wanted for his own young family, and it became a major factor in his decision to join the church.

Our teens are acting like adults, but in a good way. They know how to conduct a meeting, teach a class, minister to the less-active. And they show genuine compassion towards one another. In my own ward the 14-15 year-old girls just gave a surprise “heart attack” (covering a door with hearts and loving messages) to the neighbor of a member, and now this woman wants to come to church to see what makes our youth so compassionate.

To be sure, there are exceptions, and you may be thinking of some. Bullies exist. Young people who’ve been hurt can act out. But I think we still have an overall increase in kindness. I see a dramatic swing towards greater maturity and caring among most of them.

They’re also more mission-minded. There’s a tingly excitement in the air, eager discussions of their future service, and plans being made to include missionary service.

While everyone has challenges and mistakes are made, I think today’s kids are less tempted by moral transgression. They seem to have made solid decisions earlier on. Parents are bolder about teaching sex education at home, and emphasizing our standards and obedience to the commandments.

Elder David A. Bednar reminds us of what Elder Neal A. Maxwell said, that “The youth of this generation have a greater capacity for obedience than any previous generation.” Life may be tough, but today’s youths are tougher.

Kids seem friendlier to older people. They don’t cluster in groups of their peers, oblivious to older people passing by the hallways. They look up and greet them. They joke with us. They connect.

I went to a school fundraiser some time ago, and one of my friend’s 11-year-old sons left his buddies to rush up and say hello. I smiled and we chatted for a few seconds. I expected him to run back to his friends, but instead he continued the conversation as we walked along, asking how my husband and kids were doing. He was absolutely sincere, enthusiastic, and welcoming. Though this boy was not a Latter-day Saint, he was an example of the sorts of spirits being sent to earth today.

I’m close with a family in my ward whose children have impeccable manners. But they’re sincerely caring as well. They not only offer to help with yard work or to move furniture, but they call during the week to see if we forgot about their offer. When we paid one of them for helping out while we were on a vacation, the boy blanched and insisted it was far too much money. Whaaat?

I even see more gospel maturity in the missionary letters shared on email by missionaries’ families. It’s true that yesterday’s missionaries “knew their stuff” but today’s seem to have taken it into their souls and are serving as if they have 20 extra years of experience under their belts, being actual disciples. Remember hearing about “raising the bar” not long ago? This is why.

Where do these kids come from?  I’ll tell you where: Straight from heaven. God really has reserved his strongest spirits for this challenging time.

As President Russell M. Nelson recently said, “My dear extraordinary youth, you were sent to earth at this precise time, the most crucial time in the history of the world, to help gather Israel. There is nothing happening on this earth right now that is more important than that. There is nothing of greater consequence. Absolutely nothing …

My beloved younger brothers and sisters, you are among the best the Lord has ever sent to this world. You have the capacity to be smarter and wiser and have more impact on the world than any previous generation! … You are the hope of Israel, ‘children of the promised day’!”

We live in a time of great tumult, to be sure. But how blessed we are to see such an amazing new generation, fully equipped to handle it.

Perfect for Mother’s Day, Hilton’s Latter-day Saint novel, Golden, is available in paperback and on Kindle.  All her books and hundreds of YouTube Mom videos can be found on her website.

Refreshing to highlight the positive!