The Wish of My Heart | Meridian Magazine 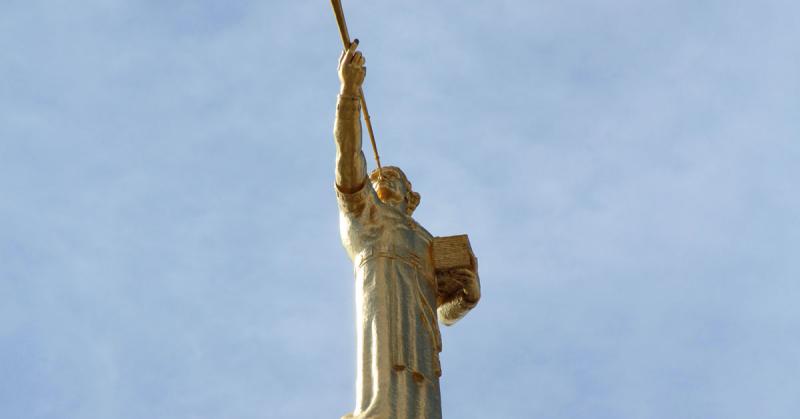 Does God really give us that which we earnestly desire?

About 77 B.C., Book of Mormon prophet Alma the younger was reunited with close friends that had served long, difficult, and highly successful missions among the Lamanites.  During that time, Alma had served as High Priest of the church in Nephite lands, preaching the gospel and seeking to reclaim those who had fallen away from the faith.  Alma later recorded his personal feelings about preaching the gospel.

1.  O that I were an angel, and could have the wish of mine heart, that I might go forth and speak with the trump of God, with a voice to shake the earth, and cry repentance unto every people!

2.  Yea, I would declare unto every soul, as with the voice of thunder, repentance and the plan of redemption, that they should repent and come unto our God, that there might not be more sorrow upon all the face of the earth.

3.  But behold, I am a man, and do sin in my wish; for I ought to be content with the things which the Lord hath allotted unto me.

Alma had been instrumental in ministering to the Nephites and helping many people turn or return to Jesus Christ.  He withdrew from being the political leader of the Nephites so he could devote the rest of his days to serving God by ministering to his people.  Alma was diligent and had demonstrated his earnest desire to serve God for many years through great difficulties and deep sorrows.

However, Alma felt that his desire to have more of an impact in the Lord’s service was sinful.  Perhaps in some ways his righteous desires were flawed by mortal weakness, which is often true of all who seek to follow Christ.  Which leads to the question, does God grant righteous desires that are framed in mortal imperfection?

Several years ago I was visiting the Los Angeles Temple.  Atop the temple is a statue of the angel Moroni, holding a trumpet to his lips with one hand, and holding the Book of Mormon record in the other.  As I observed these details, I reflected on the words of Alma’s journal entry.  An angel proclaiming the gospel of Jesus Christ as with a trump to all the world.  A divinely inspired ancient record brought forth from the dust in modern times that clearly teaches repentance and the plan of redemption.  A record that contains much of what Alma preached, including his personal feelings about ministering.

For me, that statue beautifully symbolizes God’s respect for the fervent wishes of Alma’s heart, regardless of any mortal imperfection that accompanied them.  The Lord granted Alma’s wish in a tender, practical, and far-reaching way.  His testimony and teachings about repentance and the plan of redemption have touched millions of hearts around the world, and continue to do so.

Alma’s experience also demonstrates that a loving Father understands what is in our heart, regardless of our mortal imperfections, and is willing to grant our righteous desires in His own way and time.

I am grateful that the prophet/historian Mormon was inspired to include Alma’s journal entry in his record, which parallels a divine promise recorded by Mormon near the end of his life.

… whoso believeth in Christ, doubting nothing, whatsoever he shall ask the Father in the name of Christ it shall be granted him; and this promise is unto all, even unto the ends of the earth.