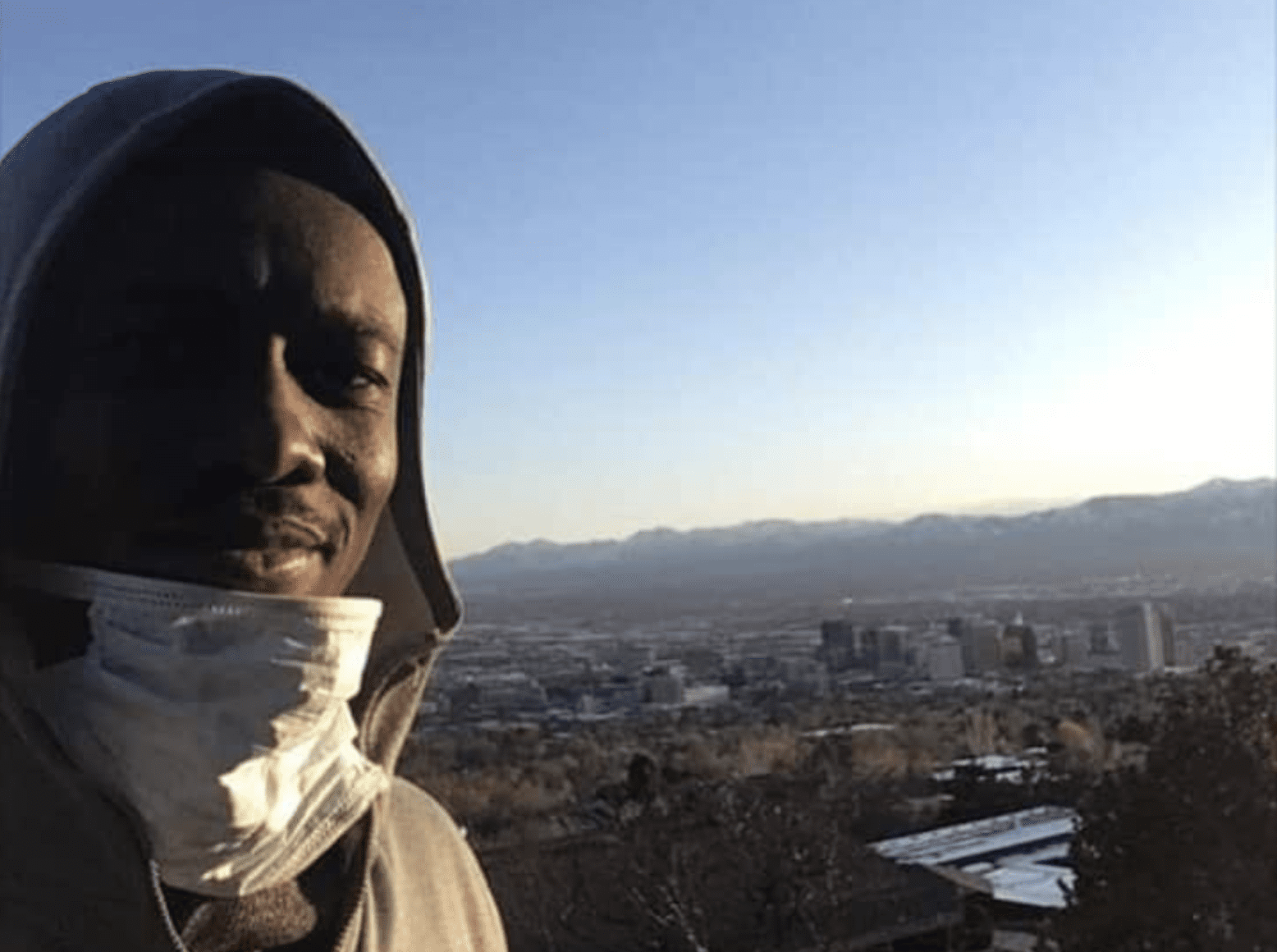 “I think I am getting sick, but you can’t say that these days haha,” Stéphane Akoki texted to his friend. It was a Wednesday, and he had no cough, no fever, and no sore throat, but his body felt weak. Not thinking too much of it, he went to the grocery store on Friday and a friend’s small wedding of 30 people on Saturday, taking all the hand-washing, distancing and mask-wearing precautions he could.

But by the following Monday, March 15th, he had constant body aches, though still no other symptoms. The greatest feeling he had was an impression to leave his American parent’s house because they were part of the population most vulnerable to COVID-19 and he cared too much about them, especially for all they had sacrificed for him.

Stéphane grew up in Cote D’Ivoire where he became the first member of the Church in his family and served a mission in Ghana, despite his family’s disapproval. His mother, having never learned to read or write, pushed Stéphane to seek an education, and with the money Stéphane earned after his mission and pooling the family’s resources, they sent him to China for school. Upon arrival, he found the school was a scam, all his family’s money was gone and he was completely stranded in a foreign land. The people he met and experiences he had in China finally and divinely led him to come to BYU and meet his American parents who took him in as their own. (See his full back story here)

Following his prompting, he left to hunker down in a spare room in his rental house in Orem where a few of his single guy friends lived. At this point, he felt like he was practicing an abundance of caution, seeing no possibility of having COVID-19. There were only 9 known cases in Utah and no one he had come into contact with showed any symptoms.

Yet, Tuesday night a fever started, making him shaky and restless all night. It was the next morning, Wednesday the 18th, that Utah experienced a 5.7 magnitude earthquake. Stéphane felt nothing as he laid miserably in bed, wondering what to do. Many people called to check in on him after the earthquake, but his previous boss who called found out about his symptoms and convinced him to at least get screened for COVID-19 over the phone. The screening call only told him he didn’t qualify for testing but he could go to a doctor anyway to see if he had any other sickness.

At this point in Utah, the situation was still new. Testing was not so common, and they especially didn’t feel to test Stéphane because he hadn’t traveled outside the state in the allotted amount of time requisite for testing. The thermometer read 102.7 degrees Fahrenheit, and still the doctor didn’t feel the need to test. One nurse felt strongly to push back, especially because Stéphane has asthma and pericarditis (inflammation around the heart), and finally a test was ordered for both the flu and COVID-19. He could only have one or the other.

24 hours after the test, praying he had the flu rather than the alternative, he got a call from the Utah Department of Health informing him with the dreaded news: he was positive for COVID-19. They instructed him to isolate himself for 14 days and went through every place and person he had come into contact with—work, the train, the grocery store, the wedding, two friends. No one from work or the wedding has since tested positive for the virus, though one of his friends has, leaving it a bit of a mystery where they picked up the virus in the first place. The train? The grocery store?

Stéphane’s self-isolation was painful, physically and emotionally. He kept harking back to having malaria as a kid in Cote D’Ivoire, which comforted him, knowing he got through it. But the second week was worse. The fever broke quite quickly and was followed almost immediately by deep chest pain from his lungs and inflamed heart. The pain became so severe that he called his doctor, asking to come to the hospital for tests (to that point, every concern had been addressed via telemed). It was clear that the hospital was very cautious to have him come for the sake of all the other patients and healthcare workers there.

Eventually, he spent one day in the hospital to get an x-ray and an EKG on his heart. The virus had triggered his heart condition, causing inflammation, but thankfully there was no sign of pneumonia in his lungs. The hardest part was knowing that doctors couldn’t do anything for him. He had to just wait it out on his own in his room.

To protect the other guys living in the house, he texted them all 30 minutes before he left his room to warn them and only left for five minutes per day with a sterilized mask and gloves, wiping down everything he touched with disinfectant wipes. His friend Jacob Martinez faithfully brought him food every day and left it just outside his front door—an act of kindness he felt so humbled by.

But with the other 23 hours and 55 minutes spent in his small, dimly-lit basement room with only a small window to let in light each day, he found himself staring at the ceiling and talking to Heavenly Father. It was so hard for him, feeling like he was in a prison. He couldn’t talk to friends on the phone because it completely exhausted him. He had to stop watching the news because it was terrifying him.

“You just think about what matters,” Stéphane said. “I do have a good job, I have money in the bank, yet doctors can’t save me. It’s just me and God. So, you start thinking, ‘What really matters in life? What are the most important things?’” He thought about his family back in Cote D’Ivoire who he hasn’t seen in almost 7 years. He thought about the Savior suffering alone in the Garden of Gethsemane.

“This was the sense that I felt—this sense of loneliness that Christ may have felt when He was going through the Atonement. Nobody could save me. For Christ, even His Father withdrew from Him. For me in my afflictions, yes it was extremely lonely, but I still had God with me. I just can’t even imagine what it would have been like for Him to go through something so painful with the support of no one.”

“I am so grateful for personal revelation,” Stéphane said. “President Nelson has said that we won’t survive without personal revelation, and in this moment of trial, that was the only thing I had to hold onto—the voice of God saying it was going to be ok. I needed it, and I got it when I needed it, and I am grateful for it because that is what helped me survive this hard time.”

Stéphane’s revelation during his self-isolation helped him to have hope and is now motivating him to share his testimony since recovering from the virus. The Lord told him, “Lift up thy voice, and when thou art healed, testify to the world of the God of mercy.” Indeed, Stéphane cannot help but tell everyone he can that God has a plan for each person’s life and will work miracles to help bring that plan about on their behalf.

Thank you all for those lovely comments. God bless you all.

It would be good to hear how the Lord helped Stephane get out of China. His story must be pretty good to get out of that situation!